What does No-Shave November mean?

No-Shave November refers to an annual charity event where men don’t shave, groom, or cut their facial hair for the entire month of November as a way of raising awareness and money to fight cancer.

Where does No-Shave November come from? 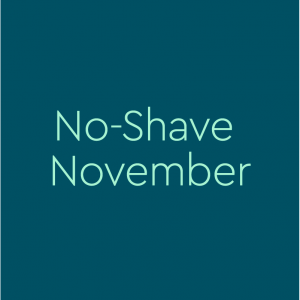 No-Shave November, and a very similar charity, the Movember Foundation, both take place every November. Both are month-long events where men don’t shave for the entire month as a creative way to “grow” awareness and money to fight cancer. No-Shave November, which started in the US in 2009, has men grow a beard, encouraging them to refrain from any hair trimming, cutting, or grooming, and asks participants to donate money they would have normally spent on grooming to cancer research. Founded in 2003 in Melbourne, Australia, the Movember Foundation—a blend of mo, Australian slang for “mustache” and November—is focused on growing mustaches and uses its fundraising to target prostate cancer.

Back in 2009, No-Shave November began as a Facebook campaign to raise awareness and money for cancer research and charities. It was created by the Chicago-based Hill family after their father, Matthew Hill, died of colon cancer in 2007. The concept is based on growing one’s hair out wild and free, as a way of appreciating that one is lucky enough to still have that hair, since cancer patients usually lose it if they undergo chemotherapy.

Since partnering with the American Cancer Society in 2013, No-Shave November events have raised over 3.5 million dollars in funds for the Society. No-Shave November also works with the Prevent Cancer Foundation, Fight Colorectal Cancer, and St. Jude’s.

The family launched No Shave November, an organization dedicated to raising funds and awareness for cancer, and built off a reality many cancer patients face—hair loss following chemotherapy treatment.
Jennifer Michalski, Business Insider, November 15, 2013
It’s officially December, which means your hard-earned No-Shave November facial hair has likely been cut, shaved and trimmed away, or at least reduced to stubble. It’s a sad, sad day.
Lexi Tollefsen, The Huffington Post, December 1, 2015
This year I’m gonna get enough of a head start on No Shave November that people don’t have to ask if I’m participating :)
@EvanChiplock, October 4, 2020
SEE MORE EXAMPLES

As far as events go, participation in No-Shave November is actually rather easy: for male participants, they just don’t shave for a month (and, ideally, donate money for the cause). The bigger and more impressive one’s beard is, the better. It’s generally expected that men will post their beard progress on social media using the hashtag #noshavenovember as a way of sharing the event. Women can participate by not shaving/grooming body hair that they normally would, such as their legs and armpits.

The most important part of No-Shave November, of course, is the charity aspect. Money that would normally go toward grooming activities like shaving gel, razors, haircuts, and so on is instead supposed to be donated to cancer charities. If one is asked about their new facial hair, they are expected to explain why they are not shaving for the month, particularly as it relates to cancer, for the purpose of spreading awareness.

These are just few of the @UNCPolice officers forgoing shaving to
support the “No Shave November Foundation.” UNC PD is donating funds and “going grizzly” thru November and “Double Down December” to raise awareness, support research, & support co-workers who are battling cancer. pic.twitter.com/D1youadqhl

WE DID IT!… We've hit our $500 Goal! The Beard is getting straggly, and that means the end is near.
There are 2 days left of @No_Shave November, and there's still time to join a great cause! Visit https://t.co/TuuBh7K43q… to donate, then tune in to @CBS19News @ 5 for updates. pic.twitter.com/2KHLlLZjgZ

Though the organizations that run the No-Shave November and Movember events are separate groups, media coverage and even participants often tend to conflate the two events, sometimes confusing the back stories of each.

Since the No-Shave November event has become a popular cultural institution, there is belief that some participants may have lost sight of the original purpose, namely, fighting cancer, and are instead simply using the month as a way to explore and show off their beards. Nevertheless, No-Shave November continues to raise enormous funds for its cause.

The creativity of the No-Shave November initiative—coupled with its social media strategy and the spectacle of its often big and bushy beards—caught the attention of the mainstream media, which helped the charity grow.

This is not meant to be a formal definition of No-Shave November like most terms we define on Dictionary.com, but is rather an informal word summary that hopefully touches upon the key aspects of the meaning and usage of No-Shave November that will help our users expand their word mastery.