What does pink clouding mean?

Pink clouding, or Pink Cloud Syndrome, is a phenomenon many recovering addicts experience when they first go into recovery. When pink clouding, they feel a sense of euphoria that’s then followed by a crash once reality sets in.

Where does pink clouding come from? 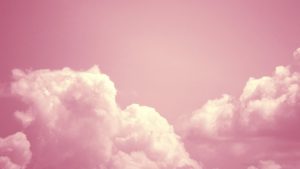 Pink clouding can be found in 1992 when it appeared in Bob and Deborah Wright’s self-help book, Dare to confront!: How to Intervene When Someone You Care About Has an Alcohol or Drug Problem. In it, the Wrights define the term as the “euphoric” (on a cloud) feeling where “everything looks rosy” (pink) that one experiences shortly after they have cut their addictive habit and health has returned. However, the feeling is usually short-lived, and once the high has worn off and the reality of the challenge of addiction recovery sets back in, a relapse is more likely to occur.

Pink clouding was popularized in 2013 when it appeared in Law & Order: SVU‘s episode “Girl Dishonored.” The episode centers on a college student named Lindsey who is raped at a frat party. After discovering that Lindsey has committed suicide, one of the detectives, Rollins, says that he had spoken to her the day before and that she had been pink clouding, an extension of the original term to describe short-lived euphoria in general.

Pink Clouding (blog)
I’m okay, no pink clouding, nah, not at all
@nikitagalkin471, October 2018
im having such a bad time in life and ill keep pink clouding and telling myself im doing better but im not and i dont know what to do
@kinkshamist, January 2017
SEE MORE EXAMPLES

While informal, pink clouding is used widely within the mental health community, and the term is found on many addiction resource websites.

Pink Cloud Syndrome is a common phenomenon in recovering addicts that are newly #sober. It's characterized by feelings of elation, excitement, and a "ready to take on the world" attitude. But this can be dangerous to a successful… https://t.co/Yvw57CghEk pic.twitter.com/6YA6vu49Lo

People who are pink clouding experience excessive optimism about their recovery from drugs, (or other traumatic experiences) with the subtext of being in denial about the extent of their recovery.

thought things had turned around but maybe I was pink clouding

This is not meant to be a formal definition of pink clouding like most terms we define on Dictionary.com, but is rather an informal word summary that hopefully touches upon the key aspects of the meaning and usage of pink clouding that will help our users expand their word mastery.