Where does sksksk come from? 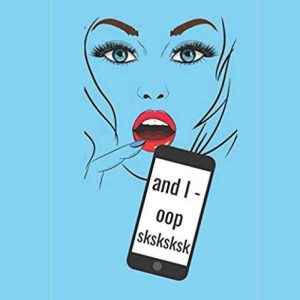 We can find evidence for sksksk on Twitter as early as 2009, when it appears to be used among Portuguese speakers in Brazil as a kind of keysmash to express intense emotions. S and K are at opposite sides of the QWERTY keyboard, so sksksk (and its many, longer instances) is easy to pound out with both hands in a pique.

Into the 2010s, sksksk can also be found in UK, Black, and gay communities on social media. But in summer 2019, sksksk, along with the phrase and I oop, became associated as an overused catchphrase of so-called “stan Twitter” (stereotyped as an overly obsessive, young female fan culture online) and “VSCO girls.”

Stan Twitter knowing “sksksk” has belonged to them and not the vsco girls pic.twitter.com/SI4TdfbcEb

VSCO girl is a term, generally used as an insult, for a young, usually white woman who posts trendy pictures of herself edited on the app VSCO. Stereotypes of the VSCO girl include wearing scrunchies and Birkenstock sandals, drinking out of Hydro Flask reusable water canisters, generally seeking attention online—and, yes, saying sksksk.

By August 2019, sksksk was central to memes making fun of VSCO girls, especially in the form of TikTok videos. One video, posted by @koobydoobydoobydoo on August, went viral. In these videos, sksksk is uttered as a mocking way to convey unconstrained excitement, joy, even awkwardness—perhaps as a kind of verbal incarnation of a keysmash.

i’ve worn oversized t-shirts and scrunchies all my life just to end up being called a vsco girl? do u ever hear me sksksk or and i oop?  no. i’m out here saying chitty bang left n right and being even more annoying than vsco girls themselves. im sydnie avery. 😤
@sydnieavery, September 2019
VSCO girls are the latest "it girl" phase right now. They're the modern day Tumblr girl, often overheard saying "and I oop-" and "sksksk" and telling everyone to save the turtles. These VSCO girl sayings have shaped the entire movement and are part of their ever growing identity.
Hayley Soen, The Tab, September 2019

Given the joking, fast-changing nature of internet culture, it can be difficult to tell if instances of sksksk are meant earnestly or ironic.

However, sksksk appears most widely used, whether written or spoken, as a way to make fun of VSCO girls and is discussed in popular media as a stereotype of VSCO girls.

The best thing just happend to me. My barista at starbucks was trying to give me a strae and I said no and showed him my steel straw and he goes "omg are you VSCO? I have an extra scrunchy if you need it. Sksksk and I oop"
Yall when I say I DIED.

Be mindful that sksksk is often treated as an annoying habit of young women, and as such, using sksksk to make jokes may be considered offensive.

This is not meant to be a formal definition of sksksk like most terms we define on Dictionary.com, but is rather an informal word summary that hopefully touches upon the key aspects of the meaning and usage of sksksk that will help our users expand their word mastery.