What does slap mean?

Slap is slang verb meaning “to be excellent or amazing.” It’s especially used to refer to a song someone finds extremely good, as in This song slaps!

Translation? When a track makes you want to get up and move, it slaps.

While especially used of music, slaps is sometimes extended to anything considered excellent or amazing, e.g., This pasta slaps, The new season of the show slaps, or This definition slaps hard af.

Example: Rihanna’s new single slaps so hard, I can’t stop listening to it!

Where does slap come from? 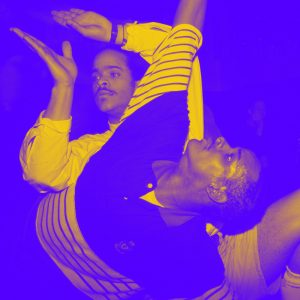 Generally, slap means “to strike sharply with an open hand” or refers to such a hard blow so delivered. But what could this action have to do with groovy tunes?

Well, consider this: we call an extremely successful song a smash hit. And a song that we personally love? It’s our jam. Smash hit, jam, slaps—these terms, and many more, use direct, smack-dab force, contact, and motion as metaphors for excellence.

As for slap itself, the association of the word slap with great qualities isn’t brand spanking new, exactly. It was an adjective for “first-rate” in the mid-1800s and an adverb, meaning “excellently,” even earlier, in the mid-1700s.

Slap appears to start getting applied to music, specifically, by at least the early 2000s. Now, the origin of slang, especially successful and widespread slang terms like slap, are indeed hard to pin down, but the musical slap is often credited to Bay Area hip-hop slang. (Hyphy, anyone?) It was first entered into Urban Dictionary in 2004.

So, a song that slaps is one that has a prominent beat, perhaps as if its deep bass metaphorically slaps you in the face—or makes the speakers of your stereo thump when it’s cranked up nice and loud, so much so that it makes you slap the roof of your car in excitement. The slang slap also calls up slap bass, a style of playing the bass guitar, especially in funk music, where the strings are slapped and plucked for a punchy effect.

The electronic music and news website This Song Slaps—whose tagline is a slap-tacular “Bringing Bass to Your Face”—was launched in 2015. Thanks to social media and the influence of hip-hop in popular culture, slaps became a part of the mainstream vernacular in the late 2010s.

What Staples has created in FM! is his most deceptively simple concept album yet—a meta-gangsta reflection on the popular consumption of black nihilism as peak entertainment in 2018 — a whole 30 years after NWA's Straight Outta Compton debuted. And it slaps, too.
Rodney Carmichael, NPR, November 2018
... the lingo and songs that came out during that time have been deeply imprinted on Bay Area culture! So much so, that many of us stay giggin’ to the slaps that came out. The Bay stays loyal to the bops of the hyphy movement, and out of respect, I have decided to compile a playlist of 15 songs that defined the hyphy movement.
Gina Wright, The Daily Californian, February 2020

Slap is most widely used in reference to great music, especially individual songs but also performances and artists.

As the slang has spread into the mainstream, however, slap is seeing increasing use in reference to anything one finds exceptional, from other media to food to personal achievements.

I’m only 3 issues in and it already slaps so hard https://t.co/kF1yicG9UT pic.twitter.com/OxyO3QeozK

Went to eat Jamaican for the first time. 🤤 That food SLAPS!!!!!

Seeing yourself become a better version of yourself slaps so hard. It’s so scary but amazing at the same time. 😭

Grammar note: the slang slap is an intransitive verb (it doesn’t take an object), very frequently appears in the third-person singular present tense (e.g., it slaps), and is commonly modified with the adverbial phrase so hard or similar terms.

A great song itself is sometimes referred to the nouns forms slap or slapper.

.@Kehlani and @kamaiyah represent for the Bay Area and @Saweetie in her new video for "My Type"!! This song is a SLAP! 🔊🔊

i have to confess that this song is a slapper pic.twitter.com/DgTFXEHMZi

There are many other slang terms that draw on force and motion to characterize great music, including bops, whips, and smacks. An awesome track can be called a banger.

This is not meant to be a formal definition of slap like most terms we define on Dictionary.com, but is rather an informal word summary that hopefully touches upon the key aspects of the meaning and usage of slap that will help our users expand their word mastery.