Everything After Z by Dictionary.com
Previous Word Windy City
Next Word woe is me

Winner winner chicken dinner is a phrase exclaimed to celebrate a victory, especially in gambling. It is also the phrase you will see if you win (you won't) a round of the video game PlayerUnknown's Battlegrounds.

WINNER WINNER CHICKEN DINNER! Admirals win 5-3 over IceHogs!
@mkeadmirals, February, 2018
It’s winner, winner, chicken dinner on this one. There are other startups out there, and I believe there will be more as you dig deeper into the technology, and I could see this continue to drive our software and robotics industry for a very long time.
Kim Forrest quoted by Patty Tascarella, Pittsburgh Business Times, July, 2018 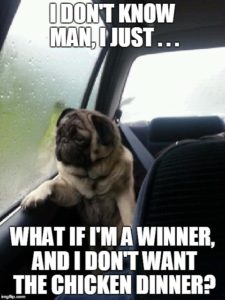 Where does winner winner chicken dinner come from? 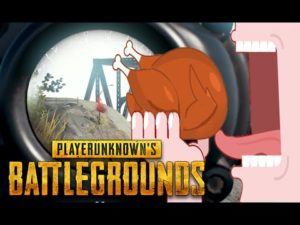 The exact origin of the phrase winner winner chicken dinner is disputed, but it may have come from gamblers. The most popular origin story of the term is that a chicken dinner at a Las Vegas casino used to cost $2, the same amount as a standard bet. So, if you won a bet, you won a chicken dinner.

However, David Guzman, author of a book on craps lingo, has said that the term comes from back-alley gamblers during the Great Depression of the 1930s. These desperate gamblers would bet whatever they had in hopes of winning a chicken dinner.

The phrase gained mainstream popularity thanks to its frequent use in the 2008 casino heist film 21.

Winner winner chicken dinner became popular online after the release of the 2017 multiplayer shooter video game PlayerUnknown’s Battlegrounds (PUBG). Game developer Brendan “PlayerUnkown” Greene is a fan of the phrase and included it in most of the battle-royale modes he has created. If a player manages to be the sole survivor of the notoriously difficult game of PUBG, they are greeted with the poultry praise upon victory. 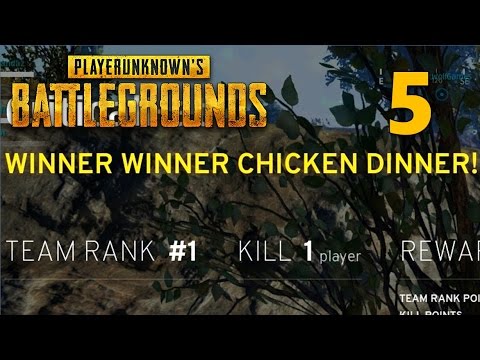 Thanks to PlayerUnknown’s Battlegrounds, winner winner chicken dinner is popular in game-related content and memes to savor victory. 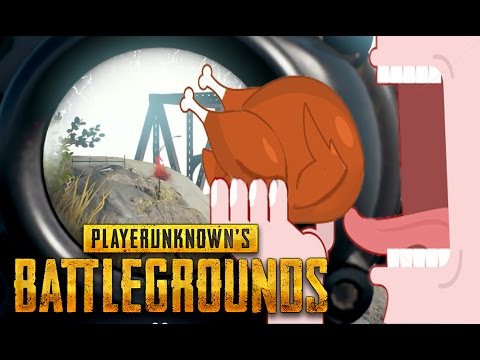 Winner winner chicken dinner is also still commonly used outside the PUBG community as a synonym for victory, from smaller, unexpected wins to bigger successes.

Previous Word Windy City
Next Word woe is me