What does pendejo mean?

You’re no pendejo for not knowing what this word means.

It’s a mildly vulgar insult for “asshole” or “idiot” in Spanish.

Where does pendejo come from? 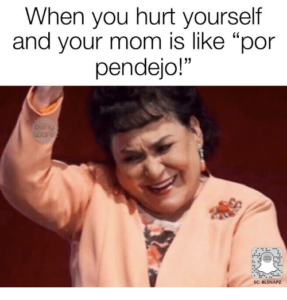 Pendejo is a staple of Spanish-language insults, though milder than hijo de puta (“son of a bitch”). Pendejo is a singular, masculine noun; the feminine form is pendeja. 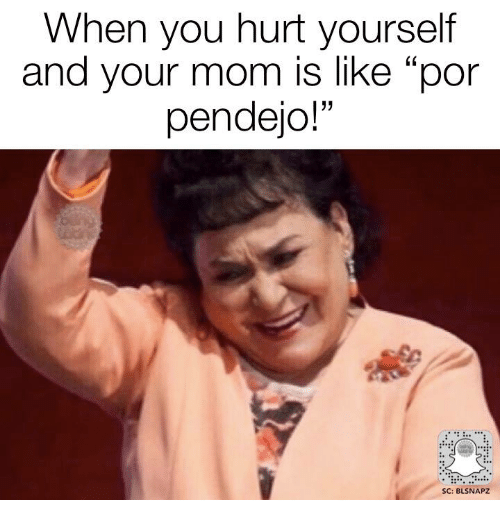 The word pendejo comes from a Latin root meaning “pubic hair.” In 16th-century Spain, pendejo was apparently first used to describe pubescent teens who thought they were adults—you know, because they had pubes. In the 17th century, pendejo came to mean “coward,” a mocking or taboo reference. 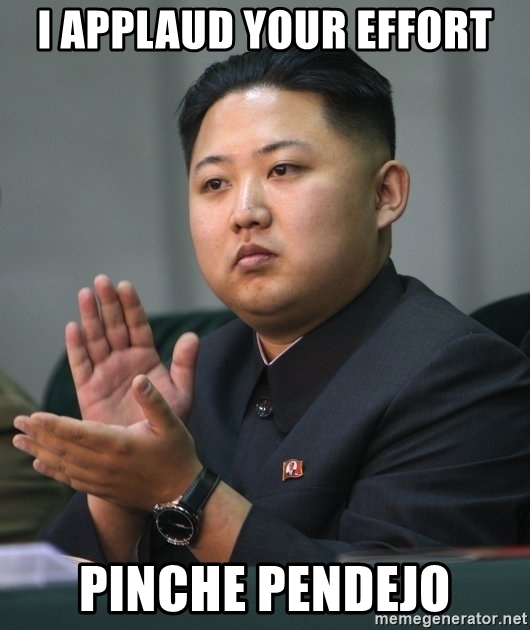 After conquest and colonization, Spanish became the common language in much of the Americas, where it evolved from its European parent. By the early 1900s, pendejo had drifted from “coward” to insulting someone dumb or stupid (tonto) in the Americas.

i miss this pendejo and he doesnt even care 😂😭  lmaoo i really hate giving my all and doing the most for  people
@shanayynayy418, August, 2018 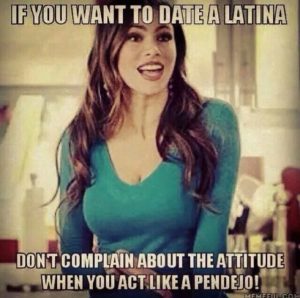 Pendejo is used throughout Spanish-speaking countries, especially popular in Mexico and those of Mexican heritage living in the United States. In areas with large numbers of Spanish-speakers, like the American Southwest, it’s not uncommon to hear the word pendejo used in an otherwise English-language conversation, especially by those of Spanish heritage. 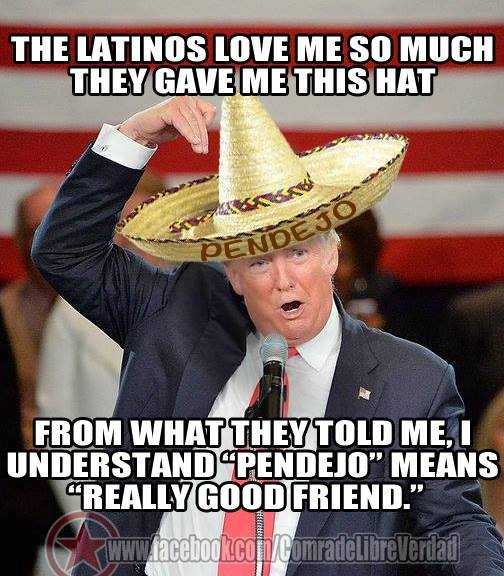 A number of Mexican sayings involve pendejos, or “idiots.” For instance, there is the pessimistic proverb amor de lejos, amor de pendejos, or “love from afar, love for pendejos.” Go get your boo.

Pendejo is generally an insult, with the force of the English “asshole” or “jerk.” But, it can have a friendly tone to it as well, depending on context. For example, you might say to your friend, “Listen, pendejo, and I’ll tell you.” In Argentina and a few other places in Latin America, pendejo is used to refer informally to a young man or boy who tries to act older than he is—a throwback to the original use of the word in Spain.

While pendejo is most commonly used by Spanish speakers or people of Latino heritage, pendejo is familiar and common as it’s been adopted by a number of American English speakers, regardless of heritage.

I bet you like to lick people’s shoes Pendejo!

This is not meant to be a formal definition of pendejo like most terms we define on Dictionary.com, but is rather an informal word summary that hopefully touches upon the key aspects of the meaning and usage of pendejo that will help our users expand their word mastery.