What does PSL stand for?

PSL is short for Pumpkin Spice Latte, a coffee-based drink sold at and popularized by Starbucks in the fall. The latte is seasoned with pumpkin spice, which features ingredients and flavors associated with fall.

The acronym PSL also stands for many other things, such as Premier Soccer League, a sports association in South Africa.

Where does PSL come from? 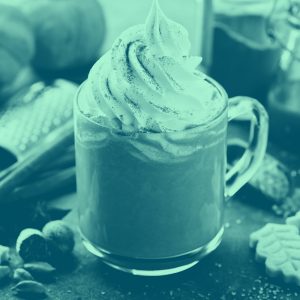 Pumpkin spice refers to a mixture of spices that typically includes cinnamon, nutmeg, ginger, and cloves. But where’s the pumpkin? The term pumpkin spice has been given to this mix because it has been used in food that are also made with pumpkin (as in a purée), such as pies and cookies, since at least the 1930s. The mixture is sometimes referred to as pumpkin pie spice.

The Pumpkin Spice Latte—or PSL for short—was created in 2003 by Starbucks as a seasonal special. At the time, the drink did not contain any actual pumpkin, although the coffee giant has since added pumpkin purée to what it calls its Pumpkin Spice Sauce. Fans now eagerly await PSL season, a term some use to refer to the limited time during which the drink is on the coffee maker’s menu, which usually spans late August to late December. The PSL can be made hot or iced.

The popularity of PSLs at Starbucks helped prompt others in the food industry to make pumpkin spice versions of their products. Every fall, many food companies and restaurants offer foods and snacks flavored with pumpkin spice. These pumpkin spice foods have included a wide variety of foods, such as Oreos, donuts, Cheerios, pretzels, ice cream, Jell-O, protein bars, and even dog treats. This onslaught of pumpkin spice foods has made the flavor into a popular joke for its perceived overuse. Still, the pumpkin spice flavor remains popular among many customers and highly profitable for many businesses, not just Starbucks.

ATTENTION STARBUCKS WORKERS: When is PSL back? Asking for me. 🤪
@Alyssai_, August 18, 2021
Can it be fall already so I can start wearing cute fall clothes and drink my PSL ??? I don’t think that’s too much to ask 😫😭
@Marwa_B__, August 18, 2021
After years of hating #PumpkinSpice, I think I’m coming around to it 🎃☕️ #PSL #Yum #NeverThoughtIdSayThat
@Melanie_Falcon, October 25, 2017
And first PSL of the season whoo! Haters are ridiculous and don't know joy.
@penelopekayb, September 27, 2016
SEE MORE EXAMPLES

The acronym PSL can be used to celebrate—and denigrate—the seasonal sensation that is the Starbucks pumpkin spice latte.

ATTENTION STARBUCKS WORKERS: When is PSL back? Asking for me. 🤪

Can it be fall already so I can start wearing cute fall clothes and drink my PSL ??? I don’t think that’s too much to ask 😩😭

Headed to #ONA19 this morning and wanted to take this opportunity to make my first #psl purchase of the season. 🙃 #basic pic.twitter.com/Pliu1eSQun

The PSL is also stereotypically associated with people, especially white women, are mocked as basic or cheugy.

Note that PSL can stand for many other things, such as the South African soccer league, the PSL. The sports association currently has 16 teams, and the Mamelodi Sundowns have won the most league titles.

Kick-off is at 15h00 pic.twitter.com/AmdWDIKHwP

This is not meant to be a formal definition of PSL like most terms we define on Dictionary.com, but is rather an informal word summary that hopefully touches upon the key aspects of the meaning and usage of PSL that will help our users expand their word mastery.