What does ’tis the season mean?

’Tis the season is a phrase from the Christmas song “Deck the Halls” often used to indicate it’s a particular time of year.

Where does ’tis the season come from? 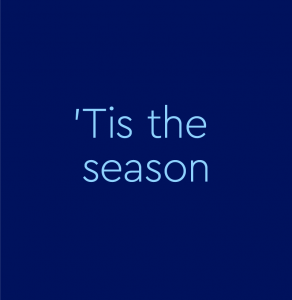 “Deck the Halls,” or, as it was originally known, “Deck the Hall,” is a Christmas carol with English lyrics written by Thomas Oliphant in 1862. The original song was a Welsh New Year’s carol called Nos Galan, with a tune that may date back to the 1500s. The English lyrics contain the line “’tis the season to be jolly,” and it’s from this that the phrase originates.

’Tis has fallen out of use in modern times for the most part, but it’s a contraction of it is (much like it’s) that was in use from at least the 1400s.

Before “Deck the Halls,” there are examples of writers in the 1800s using ’Tis the season on its own both in relation to Christmas and to other seasons. For instance, an 1839 New Year’s ode published in the Gentleman’s Magazine opened: “Hurrah! hurrah! ‘Tis the season of mirth, / The time of goodwill and peace on earth.”

Examples of ’tis the season

i kept my window open ALL NIGHT and i never got cold. tis the season
@spockai, May 4, 2017
Prom. 'Tis the season for dreamy promposals, fashion statements, and new pairs of shoes that often require an awful lot of breaking in.
Marquita Harris, Refinery 29, June 2, 2017
Tis the season for itchy dogs, and we have the home remedy for you!
Dr. Karen Becker, Facebook, April 11, 2017
SEE MORE EXAMPLES

Who uses ’tis the season?

I know 'tis the season to decorate your home for the holidays, but I tried to hang lights last year and my apt looked like Stranger Things season 1.

There are a number of Christmas albums titled ‘Tis The Season, from such diverse artists as Olivia Newton-John, Jimmy Buffett, Jordan Smith, and Wendy Moten.

Although the word ’tis formally takes an apostrophe, it’s often dropped, so that the phrase is written as Tis the season. This is particularly common in informal, online settings, where punctuation tends to disappear anyway.

Tis the season to tape up Christmas boxes for shipping and accidentally stabbing yourself in the palm with a pair of rusty scissors.

A more unusual variation is tis’, perhaps due to the influence of other contractions, where the apostrophe is liable to be later in the word. The archaic nature of ’tis may help contribute to the variability of spelling, since people are less likely to have seen it written down.

’Tis the season can be used at the front of a statement, as in “’Tis the season to panic about getting Easter presents on time.” It can also simply be used on its own as an interjection to comment on a situation, as in “My eyes have been watery from allergies all day. ’Tis the season.” ‘Tis the season is also frequently used, and some would say overused, as an advertising and marketing catchphrase.

This is not meant to be a formal definition of ’tis the season like most terms we define on Dictionary.com, but is rather an informal word summary that hopefully touches upon the key aspects of the meaning and usage of ’tis the season that will help our users expand their word mastery.