What does 🎮 Video Game emoji mean?

The Video Game emoji 🎮 depicts a controller used to play video games. It is commonly used to represent gaming and gamers. It is often used with the Joystick emoji 🕹️ and/or the Television emoji 📺. All of these emoji are especially used online on National Video Game Day on July 8.

You've played these games for years, but do you know where your favorite video game character names come from? Hit pause and check it out here.

Where does 🎮 Video Game emoji come from? 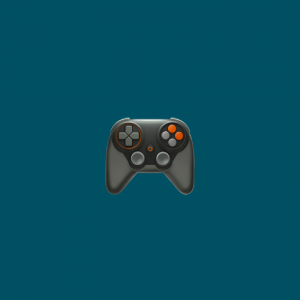 The Video Game emoji 🎮 was approved under Unicode 6.0 in 2010. On most major platforms, the emoji resembles a black video game controller with a directional pad on the left, two thumbsticks (also known as analog sticks or joysticks), and four buttons of various colors on the right. The Facebook version of the emoji is colored white and lacks the thumbsticks. The Microsoft version of the emoji depicts a wireless controller used for their Xbox game consoles.

The PS5 controller might be my favorite ever 🎮
@Ohmwrecker, November 21, 2020
Happy National Video Game Day! I’ll be hopping between Apex Legends, COD, and Animal Crossing if anyone needs me. 🎮
@annaksnow, September 12, 2020

The Video Game emoji 🎮 is used to refer to gamers, particular video games, or gaming in general.

This is not meant to be a formal definition of 🎮 Video Game emoji like most terms we define on Dictionary.com, but is rather an informal word summary that hopefully touches upon the key aspects of the meaning and usage of 🎮 Video Game emoji that will help our users expand their word mastery.