What does Eastwood Rule mean?

The Eastwood Rule is a rule in the Director’s Guild of America that prohibits someone already working on a film (producer, actor, etc.) from firing a director during production and replacing them with themselves.

Where does Eastwood Rule come from? 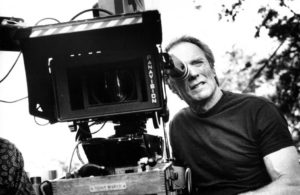 The Eastwood Rule is named after actor and director Clint Eastwood. But the name is no honor, as the rule began as a way to curb Eastwood’s power.

The Directors Guild of America (DGA) is the union that represents US film and TV directors and their teams. The Eastwood Rule is the unofficial name in Article 7 in their Creative Rights Handbook, which stipulates under “Replacing a Director”: “Except in an emergency (and then, only for five days), no person already assigned to the motion picture may replace you.

The rule was added after the production of the 1976 film The Outlaw Josey Wales, which starred Clint Eastwood. Current evidence for calling it the Eastwood Rule dates to at least the 1990s, though.

During production, Eastwood battled directer Philip Kaufman over creative differences; the two men also clashed over the film’s involvement of Sonda Locke’s involvement in the film, who was romantically involved with Eastwood at the time. 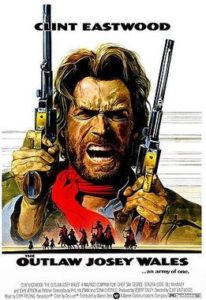 Eastwood—immensely influential in Hollywood and himself a member of the DGA—decided to fire Kaufman and direct the film himself. The DGA was infuriated, as Kaufman was heavily involved in the film’s production and was a cowriter. In the end, Eastwood got top billing as director and Kaufman was credited as a screenwriter.

Irked by Eastwood, the DGA quickly made what became known as the Eastwood Rule official. Eastwood felt the force of the rule during production of Tightrope (1984). Once again, Eastwood had differences with director Richard Tuggle. But, with the Eastwood Rule in place, Clint could not fire Tuggle, despite Eastwood assuming many directorial responsibilities. Tuggle remained part of production and was credited as the film’s director—much to Eastwood’s irritation.

Clint Eastwood, who joined the DGA in 1970, went on to win several directing awards from the DGA, including its Lifetime Achievement Award in 2006. Despite reconciling their own creative differences, the DGA still strictly enforces the Eastwood Rule.

Does the Eastwood rule prohibit Reynolds from directing it himself?
@The_Iceman2288, October, 2016
The film began production under Philip Kaufman, but when he and Eastwood fell out, Eastwood fired him from the film, leading the DGA to create “the Eastwood rule,” prohibiting anyone involved with the production of the film from firing and taking over for a director.
Keith Phipps, Vulture, December, 2018 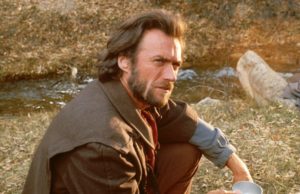 The Eastwood Rule is especially used in the film and TV business, including in film and TV history and criticism.

The DGA still enforces the Eastwood Rule, though instances of having to do so have been rare. In 2017, for example, Lucasfilm was unable to name Lawrence Kasdan as the new director of Solo: A Star Wars Story (2018) after firing directors Phil Lord and Christopher Miller. Kasdan was already a writer of the film, and so Ron Howard, not on the project, was chosen.

I feel like hiring Kasdan would violate the DGA's Clint Eastwood Rule. Johnston's got time before he starts Narnia. https://t.co/h274236ZBu

This is not meant to be a formal definition of Eastwood Rule like most terms we define on Dictionary.com, but is rather an informal word summary that hopefully touches upon the key aspects of the meaning and usage of Eastwood Rule that will help our users expand their word mastery.