What does Vlogmas mean?

Vlogmas is a tradition among YouTubers to vlog, or video-blog, everyday in December until Christmas (December 25).

Where does Vlogmas come from? 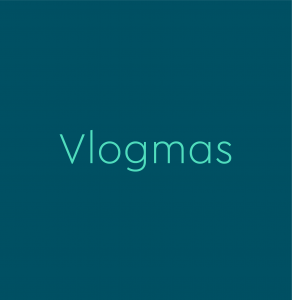 Vlogmas is a blend of the words vlog, a video version of a blog, and Christmas, the December 25 holiday celebrating the birth of Jesus Christ and, more secularly, to honor Santa Claus. Vlogmas is often credited to YouTuber Ingrid Nilsen, who released her first Vlogmas video on December 1, 2011. Nilsen claims the Vlogmas name came from suggestions from her viewers.

However, travel vlogger Nadine Sykora released a YouTube video on December 2, 2010 (filmed on December 1) in which she seems to coin the word Vlogmas after explaining her plans for December, which are identical to the current rules of Vlogmas (vlog every day until Christmas). Notably, Sykora refers to her “holiday” as VlogMas in the title of the video. She apparently never actually completed her goal, though, releasing the last video on that channel on December 15.

While Sykora preceded her with her independent coinage of Vlogmas, Nilsen definitely popularized the idea, as tweets and searches for Vlogmas increased significantly after she announced her December vlogging plans.

Although Nilsen and Sykora no longer celebrate it, Vlogmas remains a popular tradition on YouTube (for vloggers and, of course, their fans, as well as on other social video platforms) in December. Like Christmas, Vlogmas planning begins even before Thanksgiving. Vloggers typically take a Christmas angle on their normal content during Vlogmas.

I’m so excited for our Vlogmas 2018, our tree about to HUGE AF, Christmas decor, our Vlogmas Intro it all I’m to hype for y’all to see it all 🎄👫🎅🏽

This is not meant to be a formal definition of Vlogmas like most terms we define on Dictionary.com, but is rather an informal word summary that hopefully touches upon the key aspects of the meaning and usage of Vlogmas that will help our users expand their word mastery.