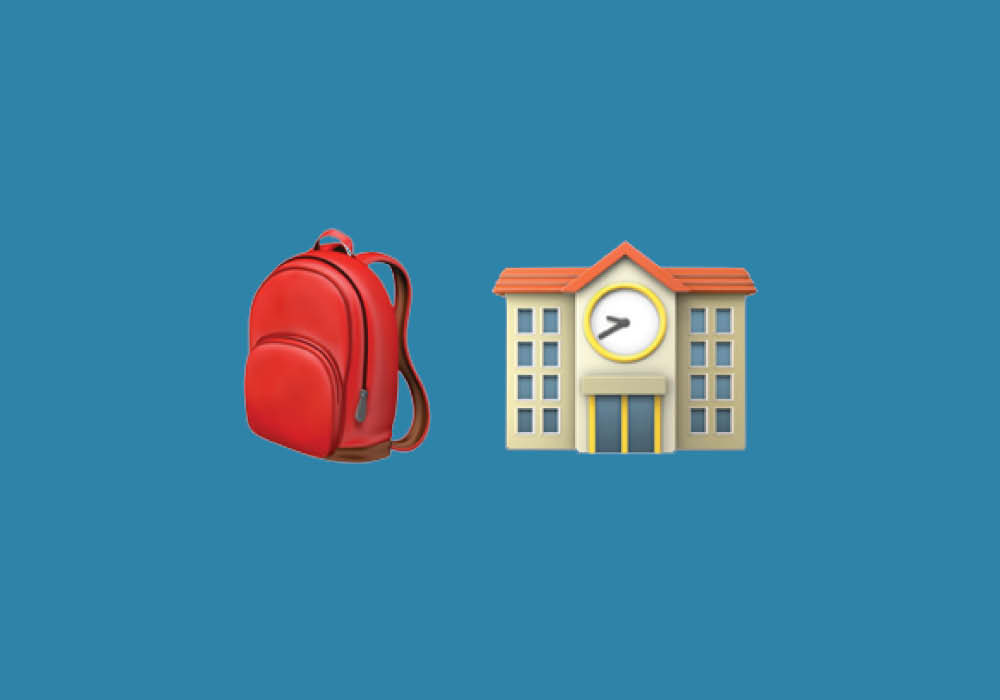 When the leaves start to turn and the air gets a bit cooler, that can mean only one thing … and it's not the return of pumpkin spice lattes. It's back-to-school time, that hallowed time of year when teachers ready their classrooms for students who show up ready to learn. Or they show up, at least.

Since it's the 21st century and all, there are countless emoji at our fingertips to mark this time of year. Whether you're a  student or teacher heading back to class or just nostalgic for your school days, you'll want to have these back-to-school emoji ready to go. 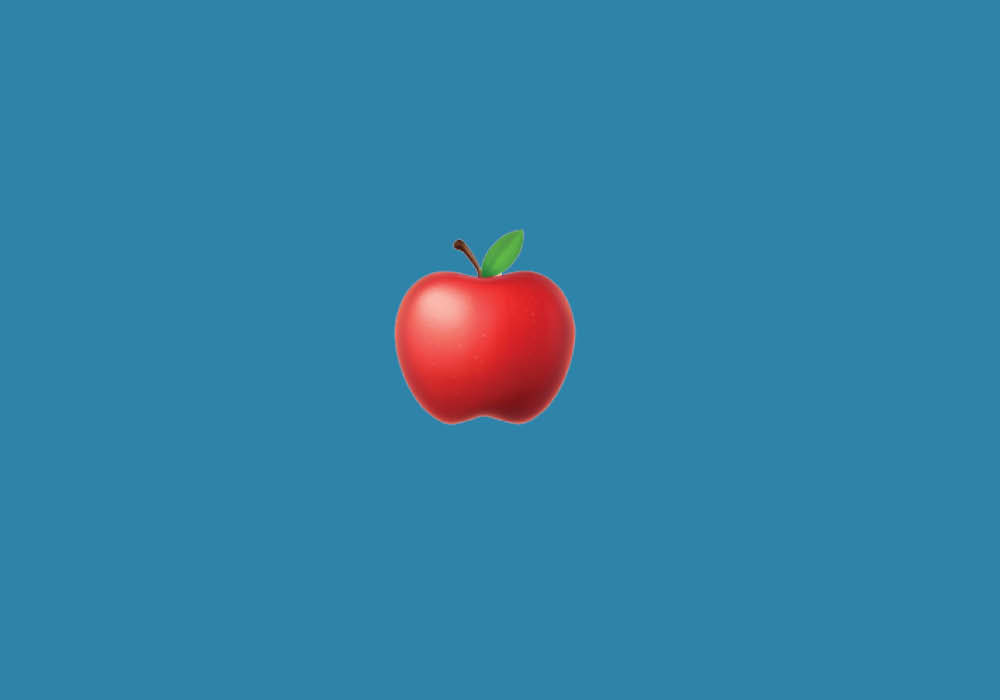 In the US, the origin of the apple as a symbol for schooling is believed to go back to the days of the American frontier, when many teachers were fed and housed by the families of the children they taught. The symbol has also been connected to the Great Depression, when the children of farmers gave struggling teachers apples.

The red apple emoji, 🍎, was approved as part of Unicode 6.0 in 2010. It can be used to symbolize fall and activities at that time of year, like apple-picking. It's also used, of course, to represent education. 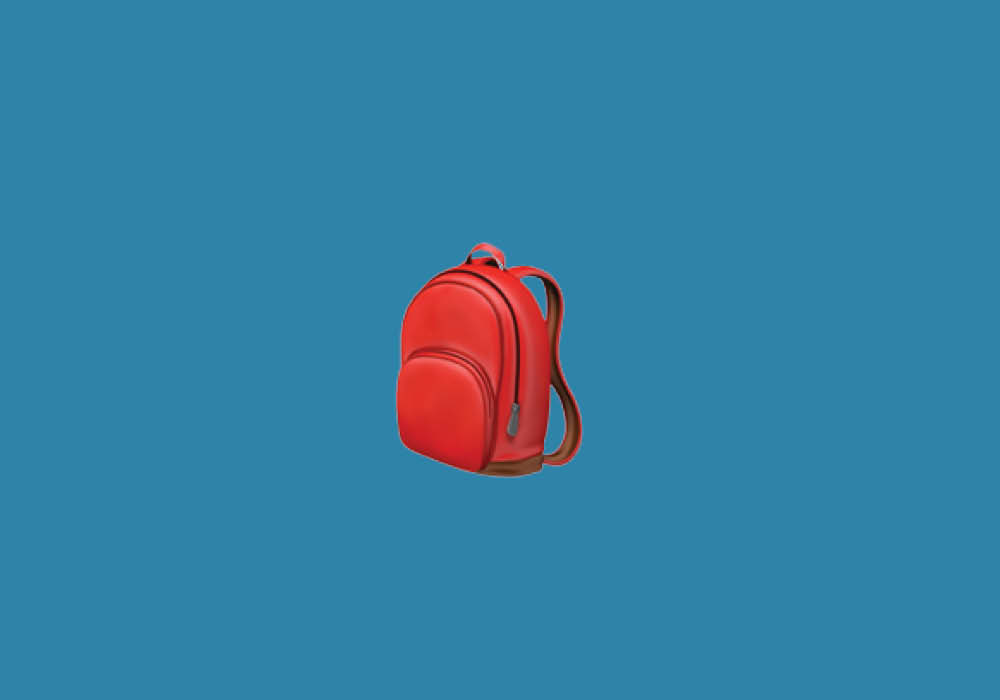 One of the most exciting parts of back-to-school is when you are lucky enough to get a brand-new backpack. But, if your parents insist that your old backpack is just fine, you at least have the backpack emoji, 🎒, for consolation.

The backpack emoji depicts a backpack, generally red in color and as a student might use for school. It's often used for content related to school and school sports, of course, but also for bag and street fashion. 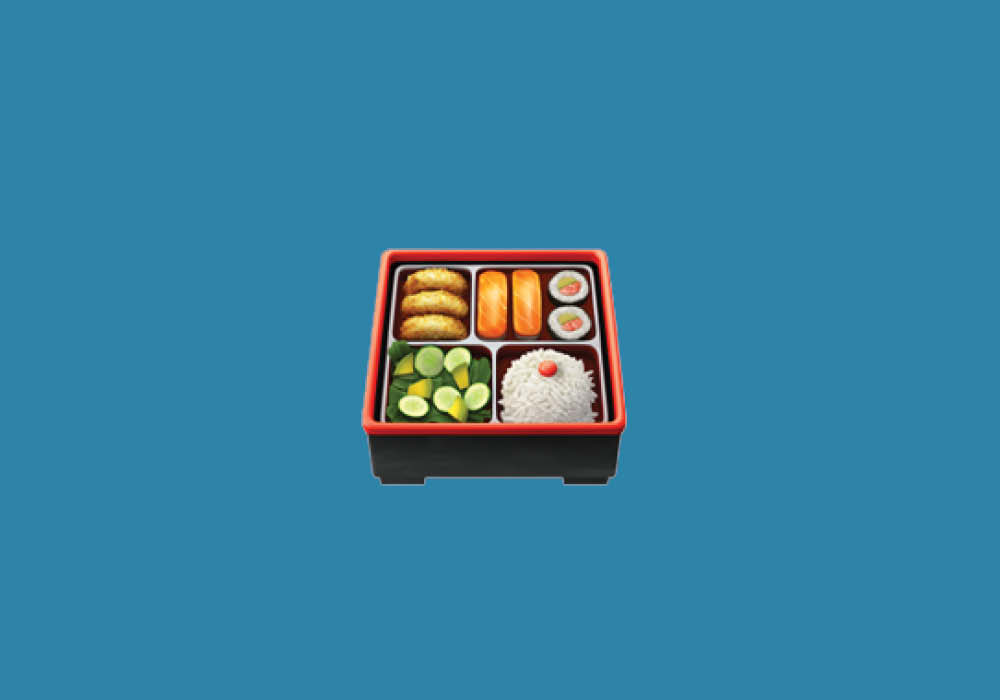 In much of the Western world, students bring lunchboxes or lunch-bags to school, if they pack a lunch. But in Japan, students may bring their lunches in beautiful bento boxes.

In Japanese, bento (弁当) refers to a take-out or home-packed meal in a tray with different dishes, such as sushi. The word may go back to a medieval Chinese term for “convenient.” How handy.

The bento box emoji, 🍱, was approved in 2010 under Unicode 6.0 and joins a number of other Japan-specific emoji known to confuse Westerners who may forget that emoji originate in Japan (such as the Japanese dolls 🎎, sake bottle and cup 🍶, and goblin 👺).

If you aren't lucky enough to have the classy but practical bento box for lunch, you might be better off using the lunch-y sandwich emoji, 🥪, instead. 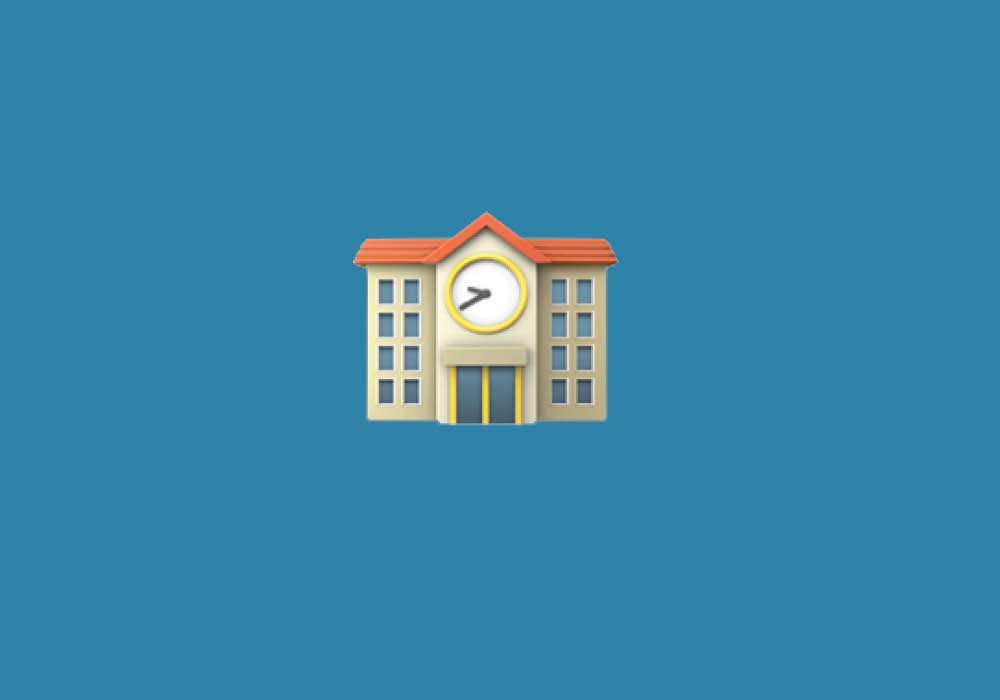 There wouldn't be back-to-school without, well, a schoolhouse. And there's an emoji for that, of course!

The school emoji, 🏫, generally depicts a tan building of several stories with windows and a clock tower in the center. Microsoft's design resembles a classic red schoolhouse.

The emoji is used in posts about education, schools, and teaching at all levels, from pre-K to postdoc. 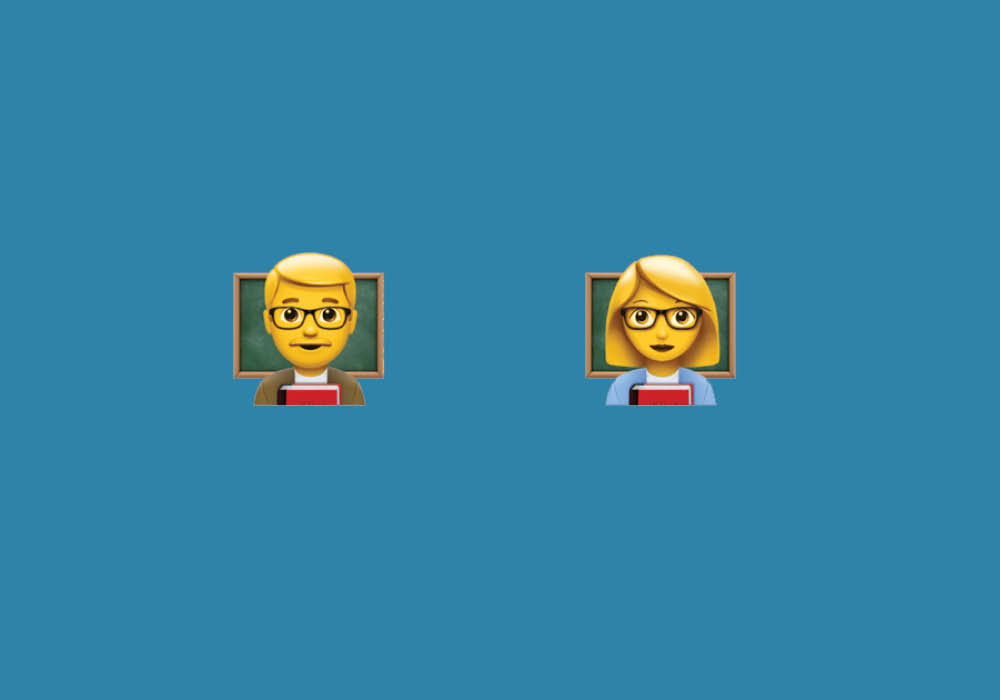 A school would just be a building if it weren't for its staff—the hardworking teachers who are the heart and soul of a school. They do so much more than teach classes: they counsel students, coach sports, organize activities, and change lives. If you're reading this now, it's because of your teachers. (Thank you, Ms. Applebaum.)

There are two teacher emoji, one showing a man, 👨‍🏫, the other showing a woman,👩‍🏫. They are both depicted in yellow by default (skin-tone modifiers are available), dressed in professional clothing and standing in front of a chalkboard, often holding a book or pointer. They are also wearing glasses, a popular symbol for intelligence. 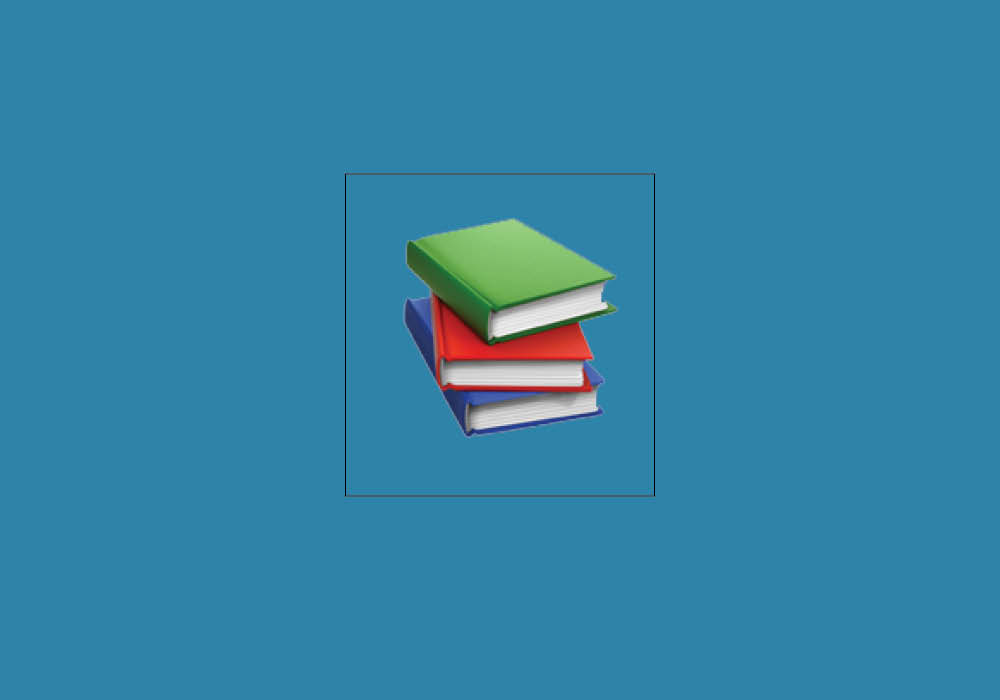 One of the major things about school is all the books you're expected—ahem, we mean excited—to read. Whether you're a bibliophile or bibliophobe, we recommend the books emoji, 📚, as a symbol for all things scholastic.

The books emoji shows a stack of brightly colored books. Depending on the platform, the books can be neatly piled with their bindings all in a row or (more realistically, in our view) stacked a bit haphazardly.

But unlike a real stack of books, there's no chance the books emoji will fall on top of you because they're stacked too high on your shelf. Not that that's ever happened to us. Definitely not. 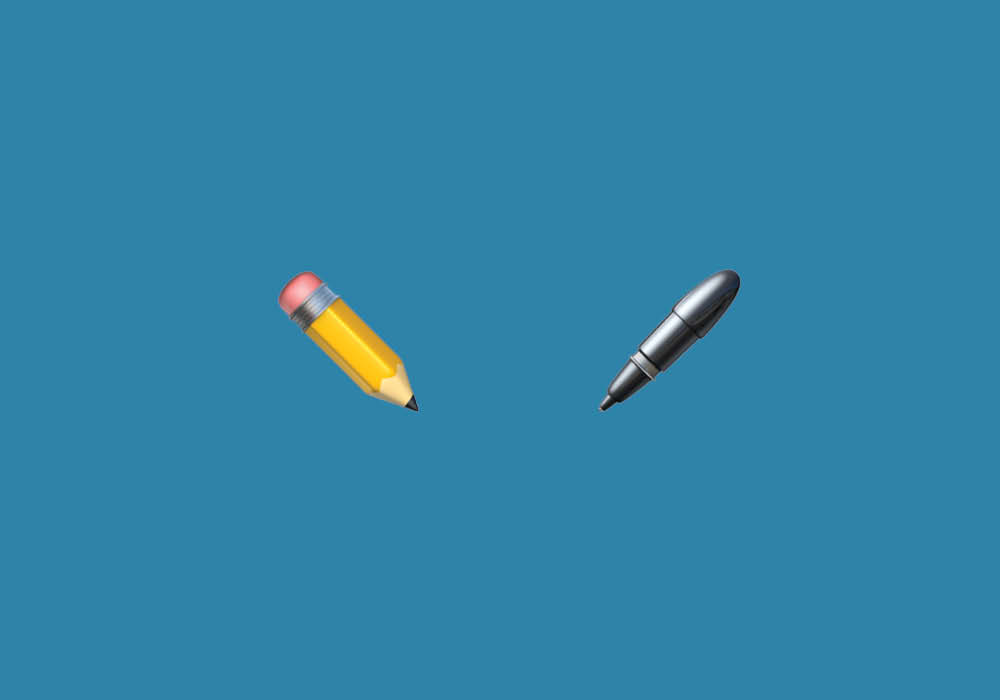 While you're preparing your (emoji) backpack for the first day of school, don't forget your (emoji) pencil and pen. There's nothing like showing up to class without the proper writing utensils.

The pencil emoji, ✏️, was adapted from an earlier Unicode symbol going back to 1993. It shows a classic, yellow No. 2 pencil with a pink eraser. If that's not illustrative enough for you, there's also the memo emoji, 📝, which shows a pencil writing in a notebook.

If you're very confident, you might eschew pencils for pens—although we don’t recommend it for math problems or Sunday crosswords. There are several emoji depicting pens, including the pen emoji, 🖊️, featuring a ballpoint pen and the fountain pen emoji, 🖋️, showing a fountain pen with a nib.

Use all of these writing utensil emoji to spruce up your texts, tweets, and comments showing off just how ready you are to go back to school. 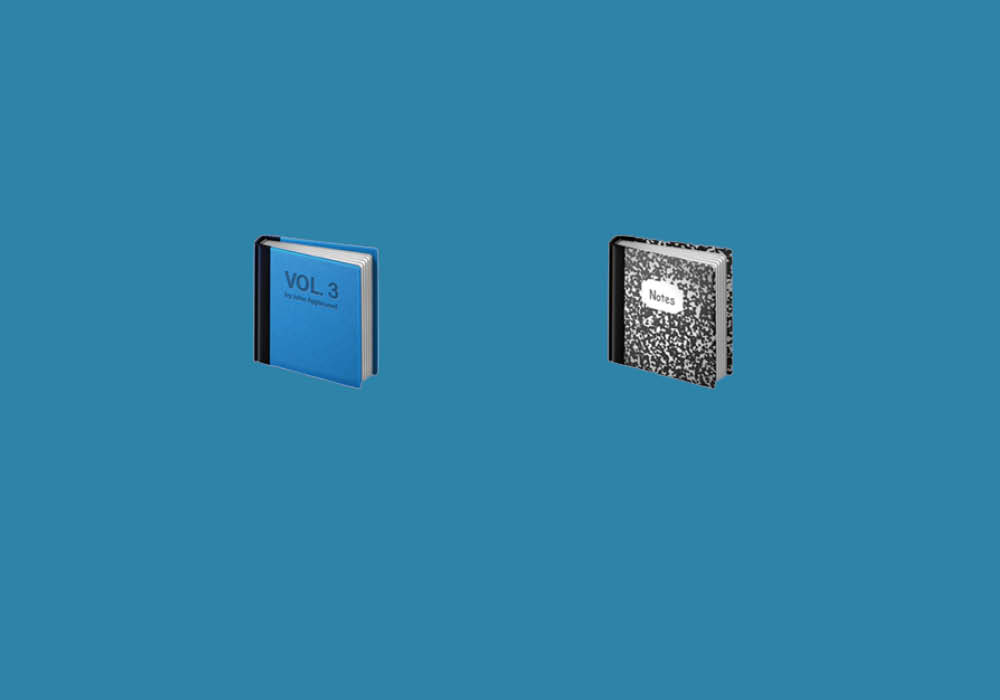 Along with all those pens and pencils, you need to make sure you come to class prepared with something to write in. That's where the many notebook emoji come in.

If you're anything like us, you're picky about what kind of notebooks you use. Emoji designers seem to be, too, because there is a backpack's worth of notebook-themed emoji. There's the classic notebook emoji 📓, which generally displays a classic, black-and-white composition notebook. There's also a notebook with decorative cover 📔, ledger 📒, and spiral notepad emoji 🗒️.

While they don’t have to worry about this too much at the start of the year, college students should be on the lookout for blue books, which are light-blue notebooks that many college students use to write in-class essays for midterms and finals. The blue book emoji, 📘, is sometimes used to represent these hand-cramping exams. 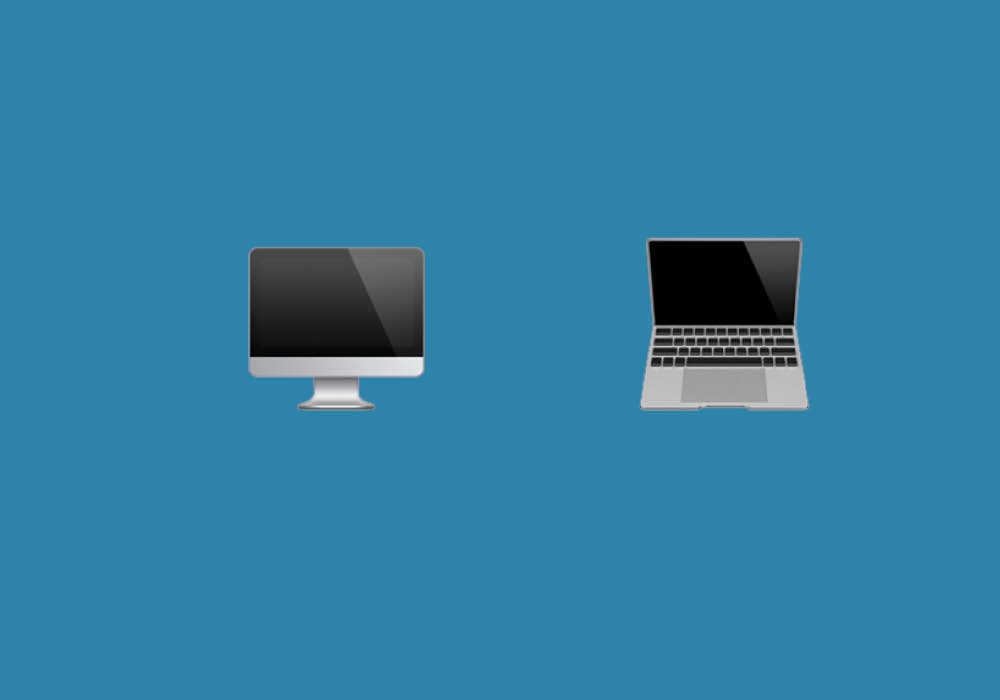 This being the 21st century, you don't just need to be equipped with pens, pencils, and notebooks. You might also need a computer for your classes. Computers are essential to researching, analyzing, communicating, writing, and, for many, taking notes in class. 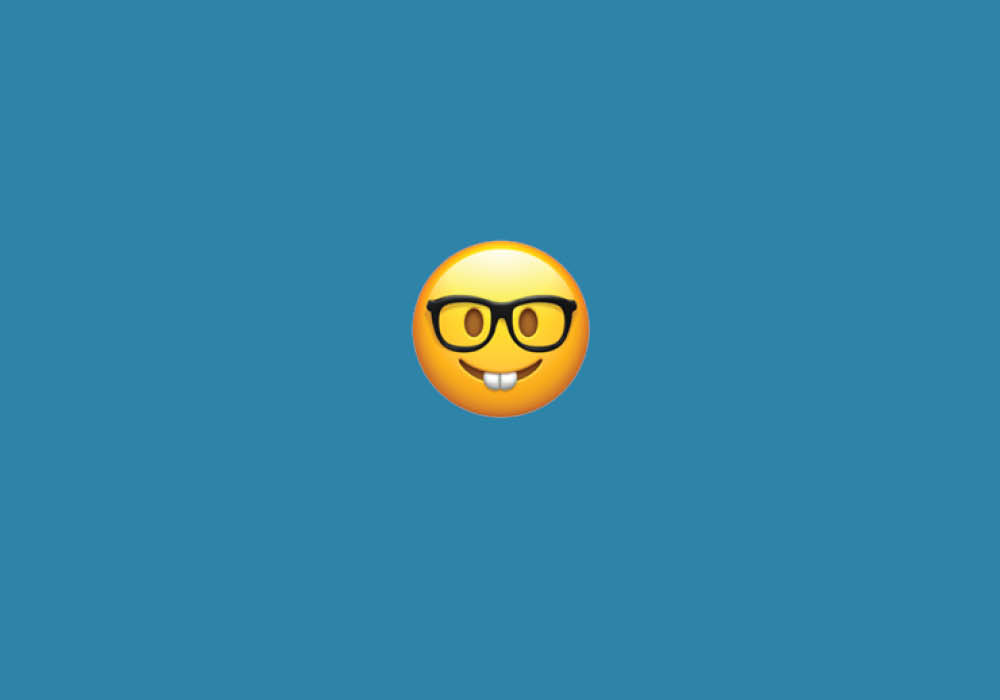 One of the best ways to show just how excited you are for back-to-school is with the cheerful nerd face emoji: 🤓.

The nerd face emoji caricatures a nerd with thick, black glasses and buck teeth. It's used to signify learning, reading, being smart, acting dorky, or "geeking out" to your guilty pleasures.

The emoji usually has a positive tone, though. Because nerds are cool. Plus, we're all secretly weird—and learning is the best.

Have a great year!