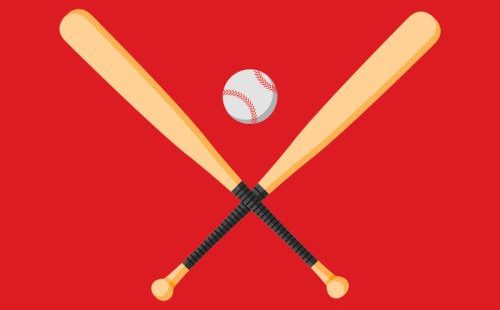 What does Pittsburgh have to do with pirates? What are they dodging in Los Angeles? And, is there something so very red about Cincinnati? The team names of many Major League Baseball seem to have really come … out of left field.

So, we’re taking you out to the ballpark to uncover the varied and storied origins of some of Major League Baseball’s most interesting team names. Grab your peanuts and Cracker Jacks ⚾! 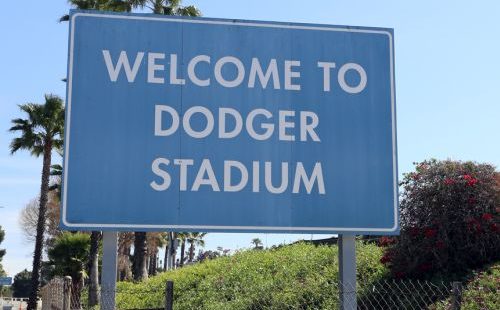 The Los Angeles Dodgers originally hailed from Brooklyn, New York. They moved to the West Coast for the 1958 season. Their name, originally the Brooklyn Trolley Dodgers, is said to come from how people in the Brooklyn streets used to dodge the many trolley cars in the 1800s. We’re assuming they dodged them successfully! 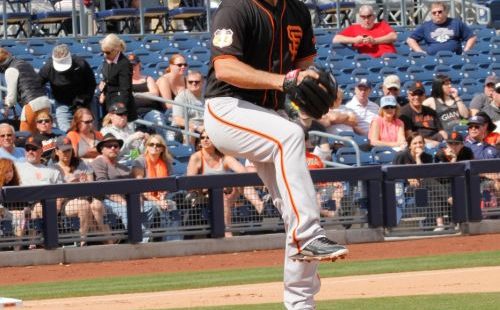 Like the Dodgers, the San Francisco Giants were also originally a New York-based team that moved to the California in 1958.

Back in the 1885 season, the Giants were known as the Gothams, and, as the story goes, their manager Jim Mutrie referred to them as “my big fellows, my giants” after an exciting win over Philadelphia. And so the Gothams became the Giants. Giant, here, is a metaphor for “a person or thing of unusually great size, power, or importance.”

You have to admit, though, Gothams wouldn’t have been a bad name for a team … 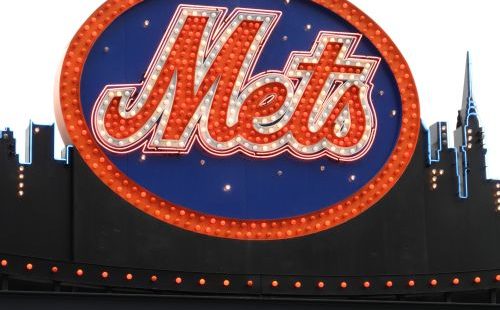 The New York Mets played their first season in the National League in 1962. A lot more recently than you imagined, right?

The name Mets is actually an abbreviation of their official corporate name, The New York Metropolitan Baseball Club, Inc. It also gives a nod to an old Metropolitans team that existed back in the 1880s. Metropolitan means “concerning a large city” … which NYC most definitely is.

Fun fact: The first manager of the Metropolitans was also Jim Mutrie, of Giants fame, as we saw in the previous slide. 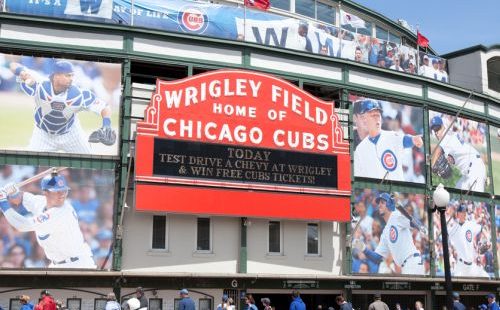 Sorry, Cubbies, but your team name originated as a sick burn … by early 1900s standards, at least.

It’s said the Chicago Cubs picked up their nickname from the local press in 1902 as they started to rebuild with younger players after more veteran talent was raided by the newly formed American League. A cub is “the young of an animal,” and by extension, “a young and inexperienced person.”

(If you’re wondering which came first in Chicago, the Cubs or Bears, the answer is the Cubs. George Halas, who first ran the organization, switched the football team’s name from the Staleys to the Bears in 1922. Good choice.) 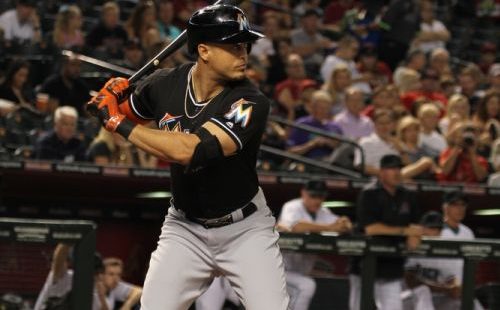 The Miami Marlins officially changed their name in 2011 from the Florida Marlins, which they were called when there were added as an expansion team in 1993.

Miami Marlins makes for greater consistency with the city’s football team, the Miami Dolphins, both in terms of placename and oceanic wildlife. (A marlin is a large, saltwater game fish known for its long, spearlike upper jaw.) Plus, Miami Marlins is much more alliterative. 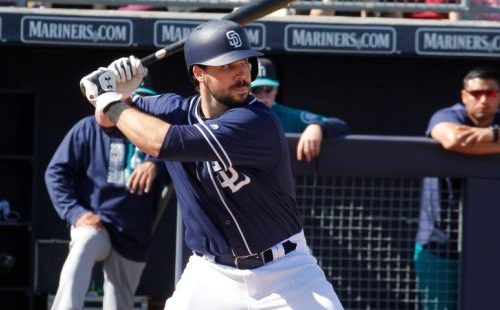 The San Diego Padres started in the National League in 1969, and were named as a nod to the historic Catholic missionaries (Franciscan friars) of the region. Padre means “father” in Spanish, used especially when referring to a priest. The Padres are certainly still praying for a World Series, though. 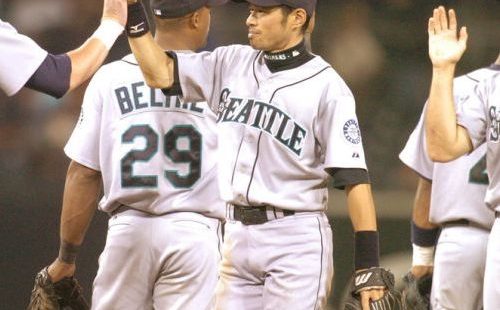 Seattle’s baseball team entered the American League for the 1977 season. Seattle had previously been home to the American League Pilots for one brief season in 1969 before they moved on to Milwaukee, where they said “Cheers!” to the name the Brewers. The seaport city and the name mariner (“a sailor”) are a natural fit, and the name Seattle Mariners was picked from a fan contest. 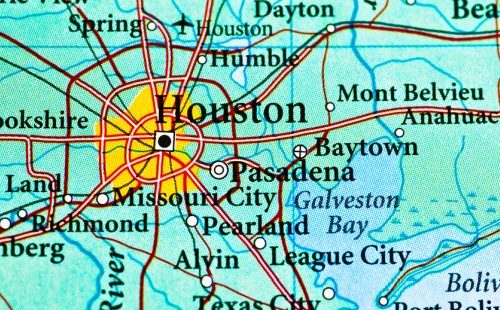 The team began play in 1962 and was originally known as the Colt .45s, a famous and historic firearm. They changed their name in 1965 to the Houston Astros to coincide with a move to their new stadium, the Astrodome. It also had a futuristic, Jetsons, space-age ring to it, and meshed well with nearby NASA Johnson Space Center. Maybe the name is an additional nod to Texas as the Lone Star State? 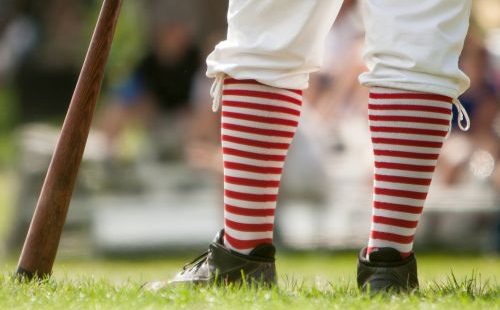 The Cincinnati Red Stockings were the first professional baseball team, formed in 1869. They were so named because of … wait for it … the color of their long socks, or stockings. The team name was soon after shortened to the Cincinnati Reds.

And dig this: during the McCarthyism Communist scare in 1950s, the team changed their name to the Redlegs for a period to avoid any associations. We imagine their C logo (for Cincinnati) didn’t help, either … 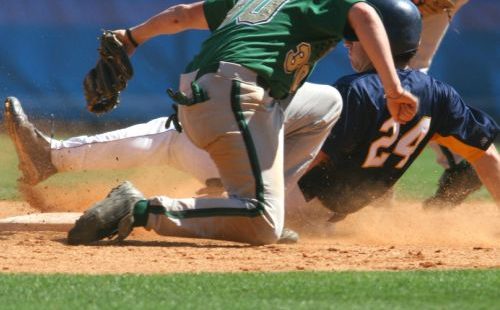 The Oakland Athletics moniker originated in Philadelphia, journeying through Kansas City before calling the Bay Area home. Their name is derived from the Athletic Base Ball Club, which was an amateur team in the city formed in 1860. The team showed up in 1866 wearing an black A (or ABBC) on their uniform tops, and there have been nods to that history ever since.

Athletics may not seem super imaginative for a sports team, but it has a nice, old-school feel to it now, we think. 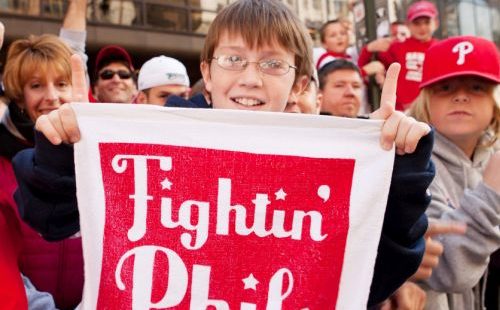 OK, this one isn’t the most inventive, but did you know the Philadelphia team was founded in 1883 as the Quakers (apparently after the Religious Society of Friends)? It later changed their name to the Philadelphias. Makes sense, right? The natural shortening Phillies ended up sticking (it being easier to fit on newspaper headlines certainly helped).

In the 1940s, the Phillies briefly attempted to additionally go by the nickname Blue Jays, which Toronto took for its name when it formed in 1977. 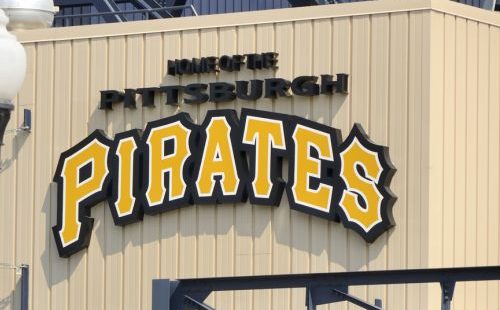 Pennsylvania baseball did not always have the most original names. The Pittsburgh Pirates began as the Allegheny Base Ball Club, a reference to the city’s Allegheny River. Just as the Chicago Cubs lost players to other teams in the earlier days of the sports, so did Pittsburgh.

But, in 1890, the Alleghenys snagged a star player from the Philadelphia Athletics (remember them from last slide?). An official dubbed this piratical (as if robbing the team), and the team took up the nickname the Pirates in 1891. 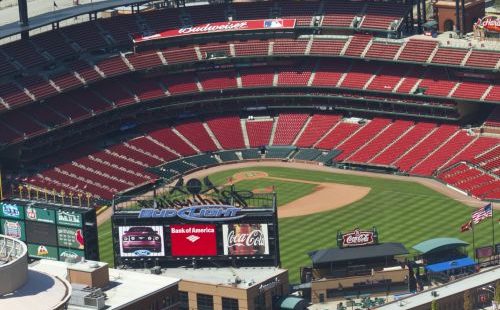 The St. Louis Cardinals have a “colorful” history. They were originally the St. Louis … Browns, after their stockings. In 1899, they switched to the Perfectos, with a red accent color in their uniforms.

Well, according to team history, a woman admired the uniform as a “lovely shade of cardinal.” A sports reporter overheard and wrote about it. Fans loved it, and so the team changed their name to the Cardinals the follow year.

Named for the bird, cardinal is a “deep, rich red color.” Hey, it pays to have a great vocabulary.

Word of the day
veracious
veracious

Home / Slideshows / How Major League Baseball Teams Got Their Names