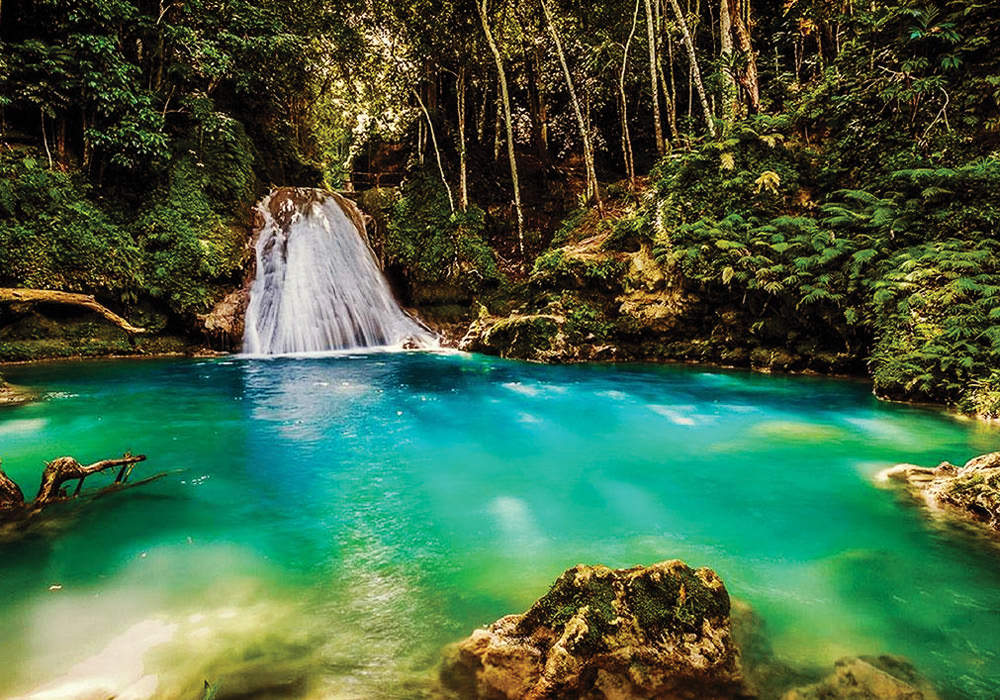 That's the stuff everyone seems to know about Jamaica. What you may not know is that Jamaica is also home to an English-based creole language: Jamaican Patois, also called Jamaican Creole or Jamaican English. And, even if you've never traveled to this Caribbean island, you've still probably heard, and used, some Jamaican English, thanks to the influence the Jamaican diaspora has had throughout the world,.

So, whether you're in South Beach or South London, we've rounded up some of our favorite examples of Jamaican slang in the language. Yuh ready? 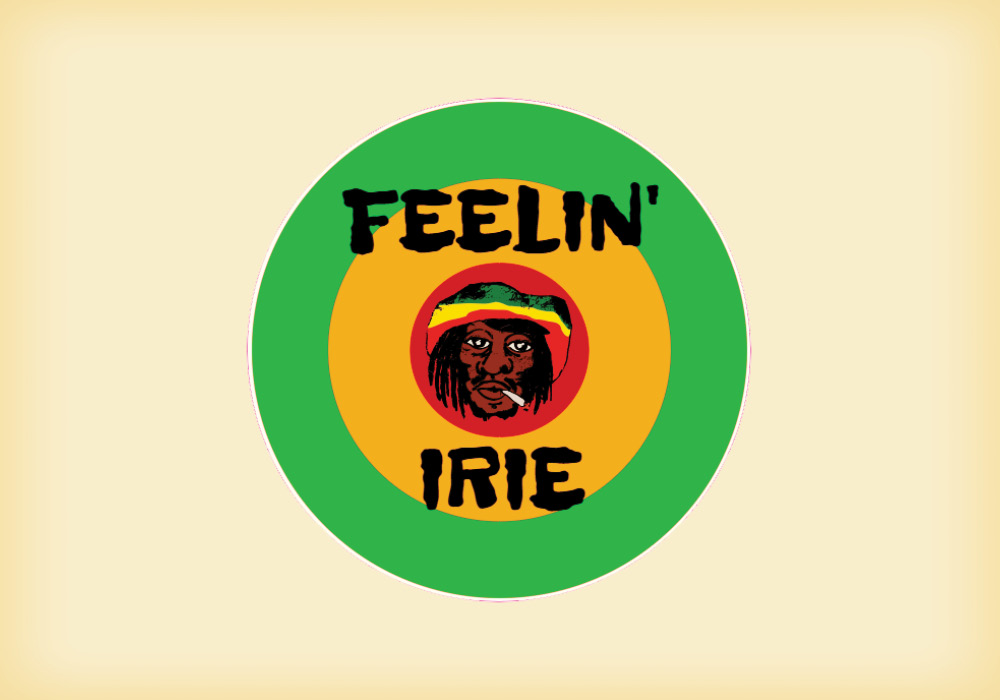 Are you feeling irie? Irie, pronounced [ahy-ree], is a Jamaican slang word par excellence. It's a bit hard to translate, but it means something like "nice" or "pleasing." Basically, anything "good" can be irie—including, yes, being high, as irie is also used as a friendly greeting between Rastafarians.

It's not clear exactly where the word irie comes from, but it's possible it's a Jamaican pronunciation of all right or a form of high, of the cannabis variety. Irie is so popular and positive in some circles that it's given as a girl's name. Talk about superlative. 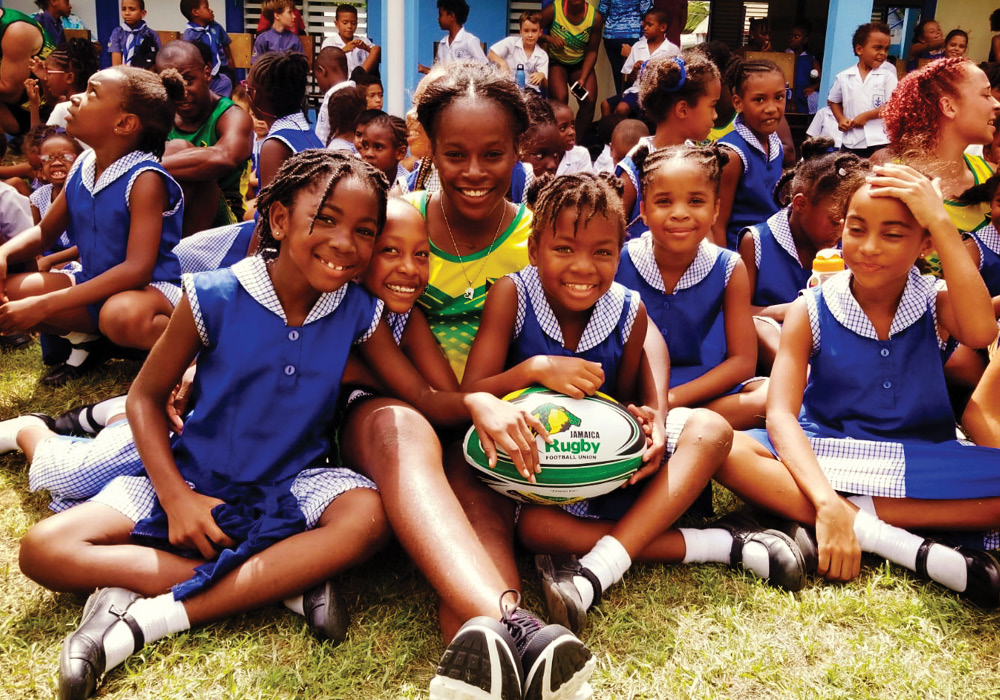 Jamaican Patois isn't just about distinct words. It's also about pronunciation. That's the case with yout.Yout, pronounced [yoot], is a form of youth, especially associated with Jamaican Creole and Caribbean English around the world. Yute dem, for instance, means “children” or “youth” more generally. Dem also reflects how Jamaican English reduces TH sounds to a T or D.

By the 1990s–2000s, yout became a slang equivalent for “dude” or “man” among West Indian migrants in London, New York City, and Toronto. It can also be negative, though, suggesting a hint of callowness or having a chip on the shoulder. 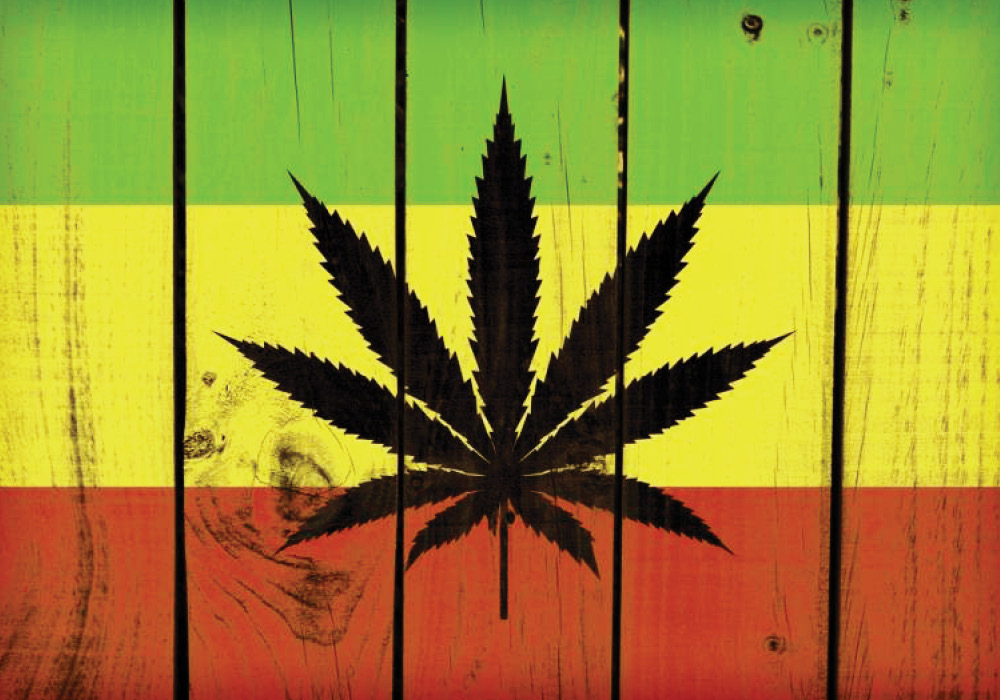 Another example of how the Jamaican accent affects the way words are pronounced—and spelled—is fya.Fya is slang form of fire, used for anything that's, well, lit. It means something is "amazing," "extremely good," or "on point," especially said of how someone is feeling or how someone looks.

But, among some Jamaican English speakers, fya can be used to refer to marijuana. Although it's far from the only Jamaican word for "weed" … 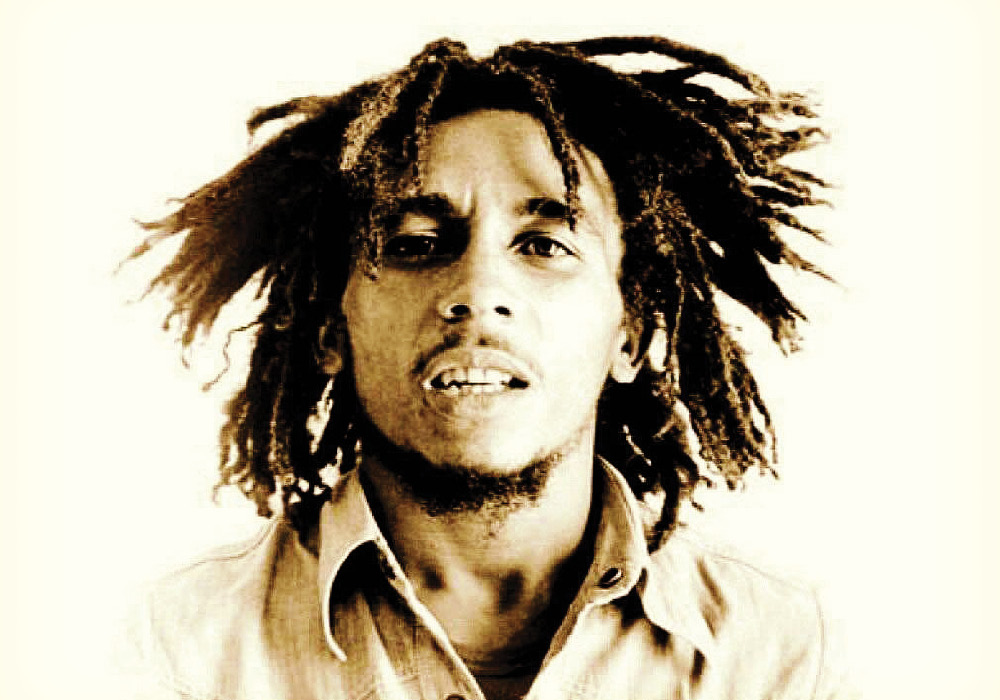 Kaya is a slang word for "marijuana" closely associated with Bob Marley. The origin of kaya is unknown, but, According to Green’s Dictionary of Slang, it seems to have a relationship with the Caribbean English word kayakiit, a medicinal herb.

In 1971, Bob Marley and the Wailers—one of Jamaica's most famous contributions to the world—composed a song called “Kaya” on the album Soul Revolution. It featured the chorus: “Got to have kaya now / For the rain is falling.” In 1978, they released a whole album called Kaya, which included a reworked version of the track from Soul Revolution, further popularizing the term kaya among his fans into the 1980s. 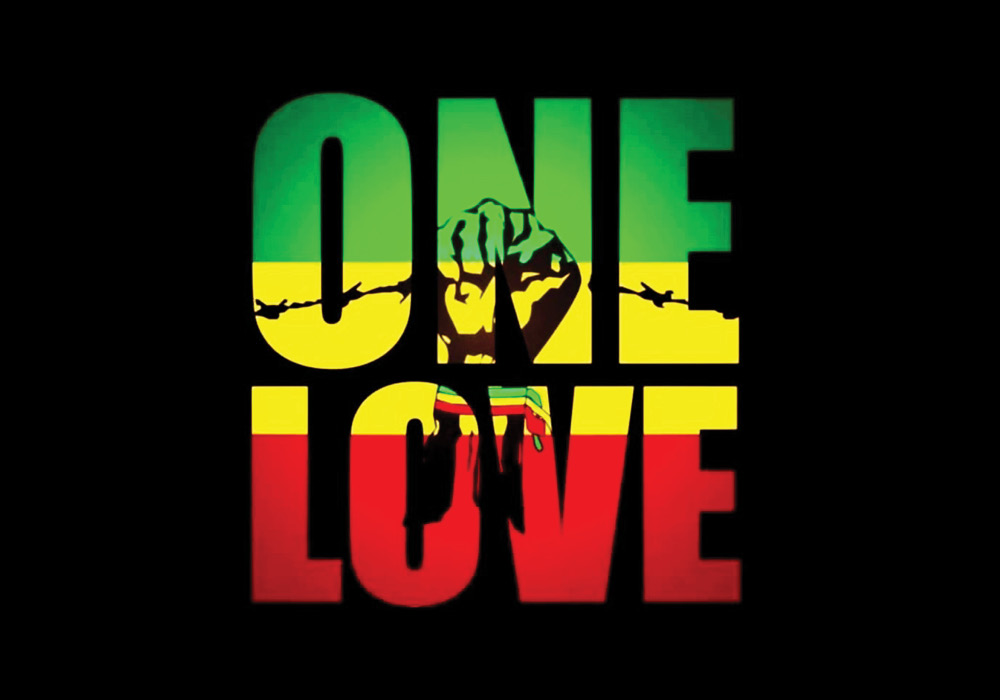 Marcus Garvey, the early 19th-century Jamaican-born black civil rights activist, sometimes concluded his speeches with the phrase one love, as he notably did in his 1925 speech popularly called “Look for Me in the Whirlwind.”

The Rastafarian religion, founded in Jamaica, came to revere Garvey, adapting his “One God! One Aim! One Destiny!” as the motto “one love, one heart, one destiny.”

And so, one love is still used by Rastafarians and Jamaicans as a wish for unity and goodwill. It has become strongly associated with reggae and Bob Marley, who released his beloved track "One Love / People Get Ready" in 1977. More generally, one love is used around the world to express a desire for peace and equality. 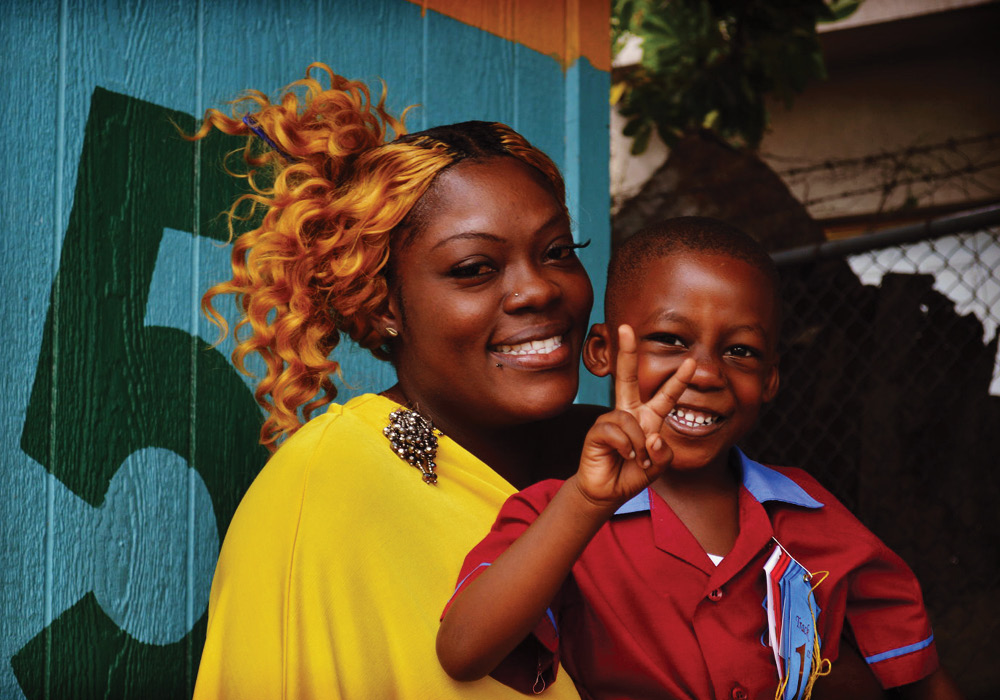 You've definitely heard these two expressions before: baby mama and baby daddy. These refer to the "mother" or "father" of someone's baby, whether the parents have an active relationship together or not. But, did you know that they might come from Jamaican slang?

The origins are disputed, but linguist Peter L. Patrick claims that use of the expression baby mama (and its counterpart baby daddy) comes from such Jamaican English forms as baby madda and baby fadda. These expressions were then popularized in the US through reggae and dance music in the 1980s, particularly Linval Thompson’s 1981 track “Baby Mother,” which is about treating the woman carrying your child right.Baby mama went mainstream with OutKast’s 2000 hit “Ms. Jackson,” which was dedicated to “baby mamas’ mamas” worldwide. 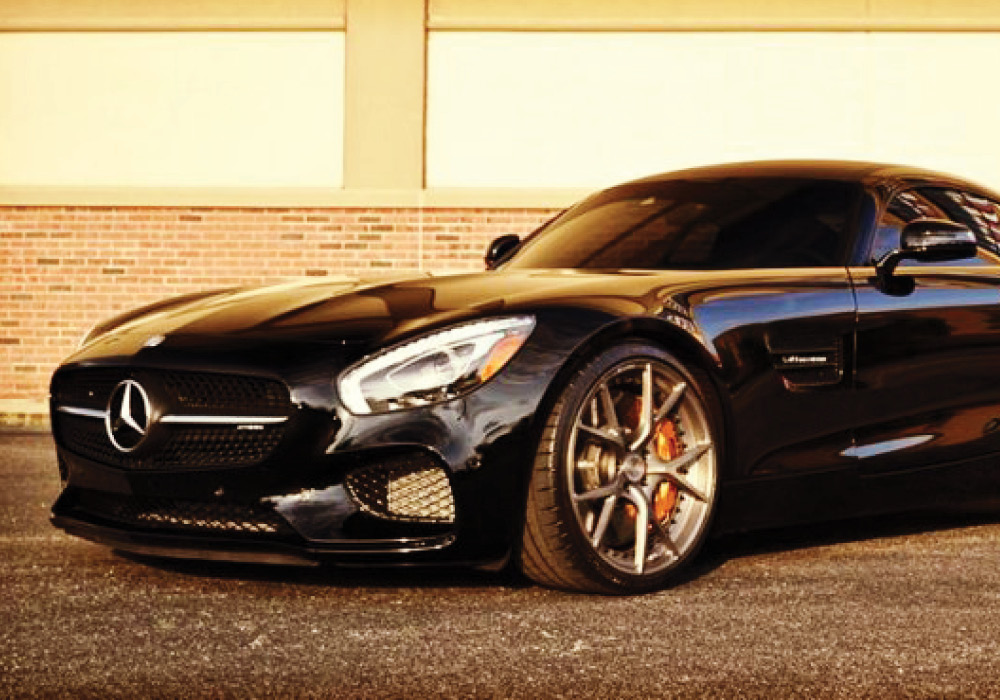 Among other things like "bite my tongue," the acronym BMT can stand for Big Man Ting, referring to a "grown-up thing" (e.g., doing something adult). It was popularized by the song "BMT," by British rapper Fredo, whose hip-hop is influenced by grime, a music genre influenced by types of reggae music.Ting, for thing here, again shows Jamaican English at work. Usually, big man ting seems to be a euphemism for various "adult" activities, although it can more generally indicate anything that is next-level adult. Buying a fancy car, going to a fancy-shmancy restaurant … all big man ting. Among Jamaican speakers, big man ting is often used with the effect of "for real," "seriously," or "no joke." 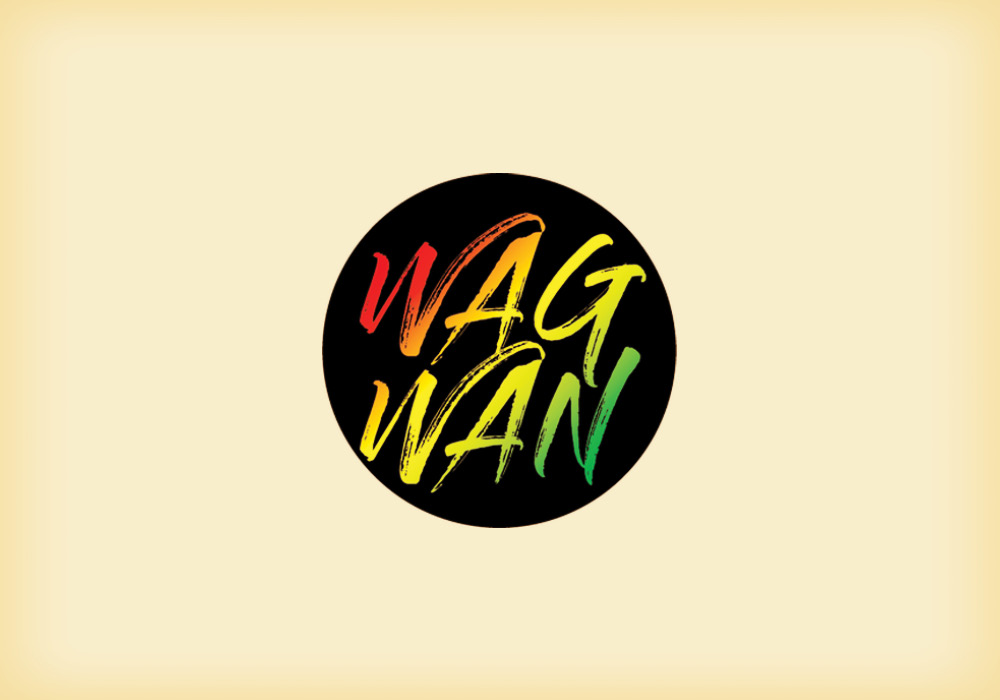 Jamaican English renders the greeting What's going on? as Wat a gwaan? Wat a gwaan has sometimes been further reduced to wagwan in the Jamaican diaspora, especially in London.Wagwan was popularized in London with the arrival of Jamaican immigrants in the 1980–90s, associated with Jamaican diaspora street culture there. In some instances, it’s been picked up by white people, leading some to call the usage appropriation. Others, like British-Jamaican rapper and MC Tyrone “Big Narstie” Lindo, think that the usage just shows the influence of Jamaican culture on London more generally.

The expression wagwan pops up a lot in grime music, a type of electronic dance music emerging in the early 2000s in London by artists of diverse backgrounds. It’s also found a lot in reggae and hip-hop lyrics. Wagwan‘s popularity in hip-hop started in London but quickly spread around the world. 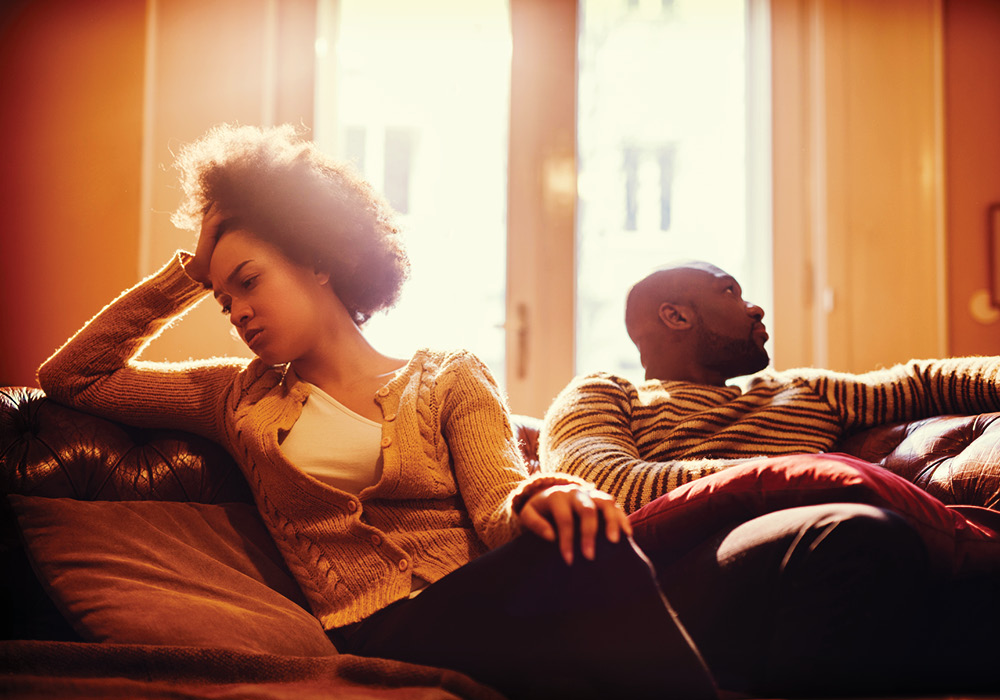 Strong language warning ... Bumboclaat, also written as bumbaclot, is the Jamaican slang equivalent to "douchebag" or "motherfucker," often used as an interjection to express disgust or dismay. It's an insulting, and many say sexist, vulgarity that literally refers to either menstrual pads or toilet paper (based on bumbo cloth, with bumbo referring to the vagina.)

Nevertheless, bumboclaat is one of the most common and versatile expletives in Jamaica and among speakers of Jamaican slang, especially in Canada and the United States. Within American hip-hop culture, the word bumboclaat has been occasionally picked up along the insult lines of douche.Bumboclaat has also been taken as slang for "a Jamaican," in general, which is obviously problematic. Aim for one love and feeling irie instead.