What does porch monkey mean?

Porch monkey is a racial slur that characterizes Black people as lazy and unintelligent.

Where does porch monkey come from? 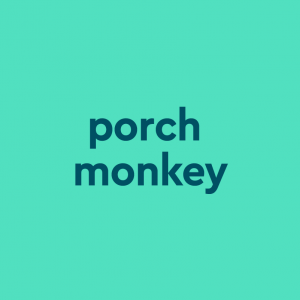 Monkey has long been used as a racial slur against Black people. In the late 18th century, we find evidence of white people using monkey to denigrate Black people, among other groups of people. Even before Darwin published On the Origin of Species in the mid-1800s, some white people tried to formally classify Black people as just above primates on the evolutionary chain and used simian-based insults to justify heinous oppression.

Porch monkey, as Green’s Dictionary of Slang finds, is recorded by the 1980s. The slur characterizes Black people as lazy, having nothing better to do than hang around on their porches all day. Some think porch monkey also alludes to the perceived living conditions of certain Black people—stereotyping them as residing in low-income housing that lacks air-conditioning and forces them outside to stay cool.

A discussion of porch monkey as a racist term is notably featured in a scene from the 2006 comedy Clerks II where one character, shocked and exasperated, has to educate another on why porch monkey is racist term. The other character argues that porch monkey can call anyone “lazy,” but that ignores the long and painful history of monkey as a specifically racist term against Black people.

In 2017, Denver police officer Charles DeShazer was caught on camera stating they “have all the Alabama porch monkeys contained” during an arrest. The officer’s racist statement caused much public outcry—and even more when he was reinstated the next year after initially being fired.

Porch monkey was at the center of another controversy in 2018 when The Root writer Monique Judge called Donald Trump’s Housing and Urban Development Secretary Ben Carson “a monkey of the porch variety” to call out his lack of experience for the job. Judge, who is a Black woman, received backlash online, but she stood by her statement and defended it as non-racist.

@ReignOfApril, March 20, 2020
You literally referred to your ex’s boyfriend after you as a porch monkey AND used the hard R multiple times. Just because you begin dating a black girl does not dispose you of all of your previous racism.
@rjonesey10, January 30, 2020
On two other occasions he reported being called racial epithets like “porch monkey” to the school administration and the students received no consequences.
Oliver Morrison, Public Source, June 9, 2020
SEE MORE EXAMPLES

People have occasionally used porch monkey to refer to anyone kicking back outside. While this may not be intended to be offensive, porch monkey carries with it a strongly racist subtext and one should avoid use of it. Lawn jockey and patio primate are variant forms also to be avoided.

This is not meant to be a formal definition of porch monkey like most terms we define on Dictionary.com, but is rather an informal word summary that hopefully touches upon the key aspects of the meaning and usage of porch monkey that will help our users expand their word mastery.