Feedback
Previous Does Your Family Use Any Malapropisms? Next Last Month in Pop Language: "This Is America" And Other May #1's

From a Twitter meltdown by Roseanne Barr to a word dropped on Westworld, Hollywood had a major impact on the Dictionary.com trending word list the week of May 25–June 1, 2018.

A series of tweets by Roseanne Barr hit the news cycle this week, and they also helped boost a number of searches on Dictionary.com. Barr, star of the eponymous show Roseanne, tweeted a racist comment late Monday night about former Obama White House official Valerie Jarrett, comparing the woman of color to an ape. By mid-day Tuesday, ABC had cancelled Roseanne, with ABC Entertainment president Channing Dungey calling the actress’ tweet about Jarrett (and others) “abhorrent, repugnant and inconsistent with our values.”

So, how did that affect searches on Dictionary.com? Racist saw a 10,737% spike, thanks in large part to debate over news media that opted to skirt usage of the word, while searches for abhorrent climbed 1,742%, and the flurry of interest in the meaning of repugnant resulted in a more modest 397% jump.

https://twitter.com/Dictionarycom/status/1001815200654340103FidelityWestworld fans—and a cryptic comment by Dolores about fidelity—helped drive searches for the noun into the stratosphere this week with a 1,370% spike. Fidelity means strict observance of promises, duties, etc., as in a servant’s fidelity to their boss. It can also mean loyalty.PolysexualThe language regarding both gender and sexuality have been growing in recent years, and that has meant a lot of new terms for folks to use to describe themselves to their friends and family. It’s also meant more curiosity from said friends and family.

Searches for polysexual climbed 162% this week. Often confused with pansexual and bisexual, polysexual is a term used to describe someone who is sexually and/or romantically attracted to multiple genders. So, how is it different from bisexuality or pansexuality? A polysexual person is not attracted to all genders. They also do not even have to be attracted to both women and men at all, as traditionally described by bisexuality.Bronx cheerEver pressed your lips together and made a raspberry noise? In New York, that’s called a Bronx cheer, and Yankees fans made one of the loudest yet on Memorial Day. Fans of the Bronx bombers made headlines for booing an announcement that former New York mayor (and current President Trump advisor) Rudy Giuliani was in the stands and celebrating a birthday. Meanwhile, searches for Bronx cheer climbed by a whopping 109,900%!

https://twitter.com/Dictionarycom/status/1001234636662505479NormalcyThe return of Santa Fe High School students to class this week, less than two weeks after 10 people were killed on campus brought discussion both of the normalcy needed for the students and the normalcy of school shootings, as editors of America, the Jesuit Review wrote in an opinion column on Wednesday. Normalcy saw a 261% boost in searches. The word means the quality or condition of being normal.FecklessTV show host Samantha Bee swirled up her own controversy this week when she called the president’s daughter, Ivanka Trump, a feckless see you next Tuesday (except, she didn’t use the euphemism). The c-word saw increased searches, but nothing compared to feckless, which earned an 1,148% spike. So, what does it mean? Feckless is synonymous with ineffective or incompetent.

https://twitter.com/Dictionarycom/status/1002202959797735426Mrs. RobinsonIt’s graduation season, and with that comes repeated viewings of the Dustin Hoffman/Anne Bancroft classic The Graduate. Is it any wonder searches for Mrs. Robinson took a 560% ride this week? The term started as the name for Bancroft’s character in the 1967 film, but it is now used to refer to any older woman in a relationship with a significantly younger man. It’s also the name of a Simon & Garfunkel song.

The indictment of former Hollywood exec Harvey Weinstein on rape and sex crime charges played a big role in a spike in searches for indicted, which were up 610%. But, watchers of the Scripps National Spelling Bee may have been among the search parties too. One of the contestants was stumped by the word indite, which is a homophone of indicted. While the former means to charge with an offense or crime, as evidenced by the Weinstein news, to indite is to compose or write, as a poem.

https://twitter.com/Dictionarycom/status/1002001371468529665MaleficentAngelina Jolie fans are over the moon with news that baddie biopic Maleficent is getting a sequel from the folks at Disney. Photos of Jolie as the witch from Sleeping Beauty surfaced this week, reeking of pure evil, which makes sense. Searchers who gave the word a 212% spike learned maleficent means “of doing evil or harm; harmfully malicious!”RecusalWashington is abuzz over rumors that President Donald Trump may or may not say goodbye to Attorney General Jeff Sessions. The president made clear he’s not happy with Sessions’ recusal in the Robert Mueller investigation, sending searches for the term up 2,286%. Recusal refers to the disqualification of an official “especially due to some possible conflict of interest or prejudice.”

Searches for the meaning of "recusal" have 📈 2996% in the past 24 hours on https://t.co/EoMLt7nGp1. The word refers to the disqualification of an official (such as Jeff Sessions) "especially due to some possible conflict of interest or prejudice."https://t.co/bplcUK6uDh https://t.co/99DazI4U4N

Previous Does Your Family Use Any Malapropisms? Next Last Month in Pop Language: "This Is America" And Other May #1's
RELATED POSTS 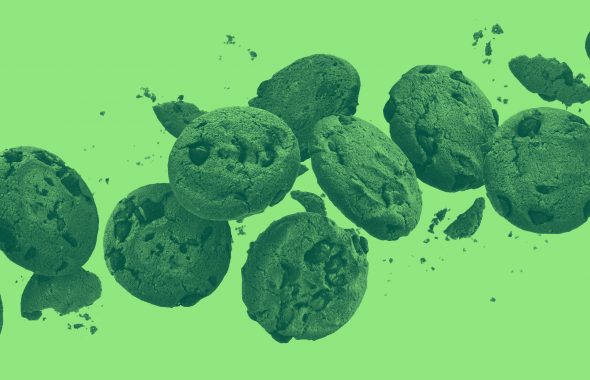