As the George Floyd protests have grown and spread, many activists have been calling to defund the police. Whether chanted in demonstrations or posted as hashtags on social media, the phrase defund the police has proven to be a forceful rallying cry. People are listening.

But, people are also asking questions. What does it mean, exactly, to defund the police? Indeed, it seems many people are coming to Dictionary.com for information. Searches for the word defund on our site have skyrocketed 144,500% since the protests began.

What does defund mean?

Defund means “to withdraw financial support from, especially as an instrument of legislative control.” The call to defund the police seeks to use the power of money to produce systemic change that previous, incremental efforts at reform have not yielded, according to many activists, researchers, and some leaders.

Police forces have been receiving an increasingly disproportionate amount of a city’s budget. Instead of paying for such things as extensive officer overtime and expensive military equipment, cities should reallocate that money to a city’s social services, such as mental health, education, and housing.

Reallocate, here, means to reassign money initially set aside for one agency or department and put into the budget of another.

By increasing funding for these other services, activists maintain that a city can more safely, effectively, and properly address underlying problems that lead to the very crime and violence the police are tasked with addressing—and which has persistently resulted in the use of force against Black people.

In other words, fund a social worker, teacher, job or money coach, or health professional to help a person before their challenges lead to a moment of crisis that requires a police officer. Defunding the police, the thinking goes, will help break cycles of violence.

Based on these policy proposals, some people find the slogan defund the police confusing or misleading because the word defund can sound like a call to eliminate police forces altogether—which definitely isn’t something most activists are proposing.

Now, some activists are demanding such elimination, putting forth visions of entirely new models of law enforcement in a society. For these demands, activists often call for abolishing the police. Abolish means “to do away with; put an end to; annul; make void.”

Less drastic than abolishing the police are calls for downsizing. To downsize is “to reduce in number” or “cut back”—so, to shrink or reduce the size of police forces, with salaries and other resources redirected to other city services.

What do dismantle and disband mean?

The majority of the city council of Minneapolis, where George Floyd was killed and the protests first began, pledged to dismantle its police department.

Dismantle means “to disassemble or pull down; take apart.” Searches for dismantle have jumped 757% since May 25.

The Minneapolis City Council concluded that the city’s police force had such a pattern of racism it needed to build a new policing system from the bottom up rather than change its existing one from within. While the council has not yet submitted specific plans, it is looking into what is largely referred to as community-led policing and public safety, which involves a closer partnership between the police and the public it oversees.

Another word you may have encountered in the national debate on policing is disband, searches for which have soared 1,392% on Dictionary.com.

Camden, New Jersey, as has often been cited in news coverage and discussion, disbanded (“broke up” or dissolved”) its long-troubled police force in 2013, shifting from a city-run force to a county-run one. This involved everything from creating a new logo to hiring new officers to implementing new tactics.

Other policing words in the news you should know

Banning existing policing tactics are the target of many calls for reform. These include banning chokeholds and strangleholds, which are restraining holds that cut off a person’s breath. They also include ending no-knock warrants.

Warrants judicially authorize an officer to make an arrest, seize property, or make a search, among other actions; no-knock warrants specifically allow officers to enter a property without giving the prior notice of knocking on the door, for instance, or ringing the doorbell.

Finally, what is qualified immunity?

Another target for reform is qualified immunity. In law, immunity is the “exemption from criminal prosecution or legal liability or punishment on certain conditions.” This sense of immunity is not to be confused with disease immunity; learn more about that immunity in our COVID-connected article on antibodies.

Qualified immunity is a legal doctrine dating back to a 1967 Supreme Court case. It is meant to protect government officials from lawsuits alleging they violated someone’s rights when performing their duties in a reasonable manner.

This immunity is qualified—that is, “restricted, limited,” not absolute—because a government official can still be held personally liable if it’s determined that they violated clearly established rights.

And it’s precisely a history of impunity over police brutality, Black Lives Matter and other activists assert, that have inspired mounting calls to defund the police. 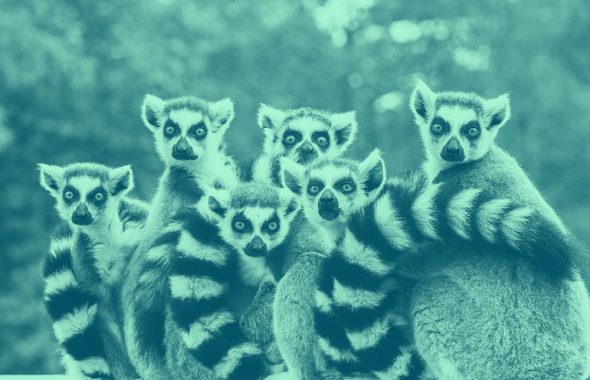