Feedback
Previous "M.D." vs. "Ph.D." vs. "Dr.": Are They Synonyms? Next Only "Parks And Recreation" Fans Understand These Words & Phrases

What’s better than a comic book when you’re a kid? How about a free printable comic book that doubles as a writing prompt for kids? Bam!

Sure, reading comic books (and graphic novels for that matter) is a classic kid activity and one that’s expert-approved for helping kids commit to a lifelong love of reading. Look no further than the likes of Captain Underpants, Diary of a Wimpy Kid, and Babymouse for proof of that. But why stop at reading?

Comic book writing is a kid activity that’s chockablock with fun and a perfect entrance into the world of what we here at the dictionary call onomatopoeia. Dating back more than a century, comic book writing combines fun pictures along with words to take the reader on an adventure through a series of panels or small boxes. The story is moved along with the help of words that mimic sounds so that the reader feels like they’re immersed in the comic book—that’s onomatopoeia at work!

We’ve devised this free printable comic book activity to give kids a taste of writing with onomatopoeia and of telling their own story through pictures and words. So let’s dive in! (Splash) 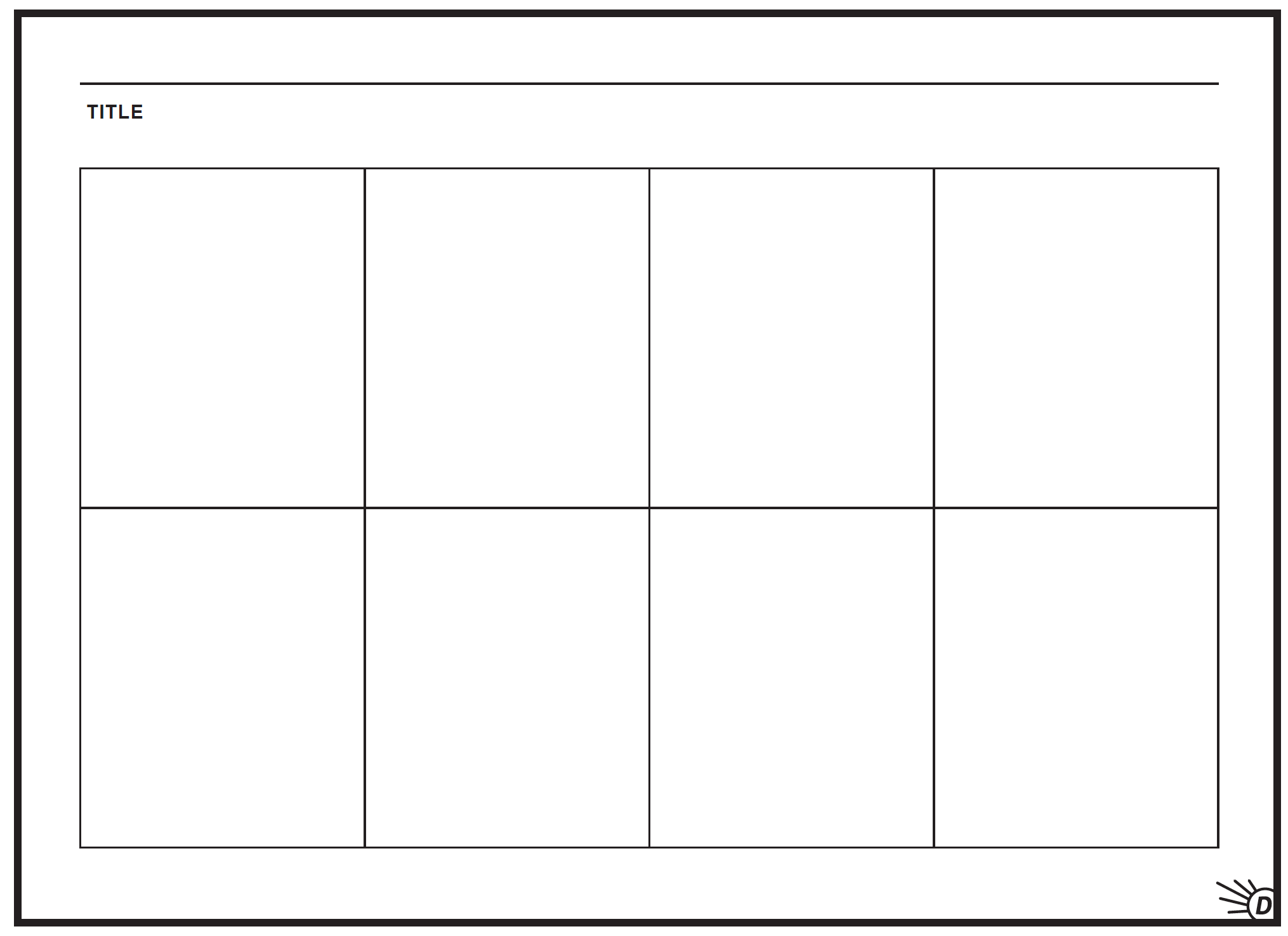 Onomatopoeia is a fun word to say. Have you ever said boom or meow? Then you’ve used an onomatopoeia.

Onomatopoeia means “the formation of a word, as cuckoo, meow, honk, or boom, by imitation of a sound made by or associated with its referent.” Basically, it’s a fancy word for words that imitate sounds.

You’ll often see onomatopoeia used in comics, where words like zap or bam help make the story more interesting and help us picture the noises that would be made in the story. Using onomatopoeia in your comic can actually help the reader hear sounds in their heads while they read! Sounds noisy, doesn’t it? That’s the fun of it!

Some of the most popular examples of onomatopoeia include:

WATCH: What Kind Of Words Are Onomatopoeia?

Now it’s your turn to put that onomatopoeia to work!

Print out a blank comic strip by clicking the image below, and create your own comic using at least three examples of onomatopoeia.

If you aren’t sure where to start, think about the onomatopoeia that sound the most fun to you. Are they animal noises like meow or honk? Maybe your comic should be about animals! If you think whoosh or splash sound fun, try writing about water!

When you’re writing your comic book, read it out loud to a family member or a friend. Ask which onomatopoeia they like the most. Maybe they’ll make their own comic book too!

Get More Dictionary.com: Find Out Which Day Of The Week Is Named For A Comic Book Character

Previous "M.D." vs. "Ph.D." vs. "Dr.": Are They Synonyms? Next Only "Parks And Recreation" Fans Understand These Words & Phrases
RELATED POSTS