What does main character mean?

Main character is a popular trend on the video app TikTok in which a person pretends their life is a movie and they are the main character in it.

Shared as the hashtag #maincharacter, main character videos on TikTok generally depict the person as part of a montage of exciting activities or reenacting tropes from movies, especially indie films.

Where does main character come from? 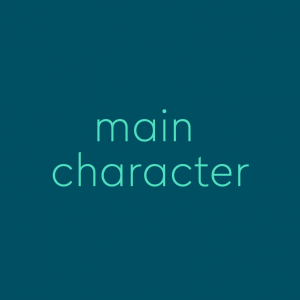 The emergence of the main character trend on TikTok is attributed to two users. In May 2020, user @lexapro_lesbian posted a video where they jokingly sing and dance about being the “main character” of their neighborhood.

im very proud of this one pic.twitter.com/fMUDxqDQVz

Later in the summer, user @ashlaward posted a video in which they melodramatically encourage people to view themselves as the “main character” in life. This video received over 519,000 likes.

Following these videos, other TikTok users began posting videos portraying themselves as the main character. These videos often showed a person engaged in a montage of interesting things or dramatically performing a mundane activity accompanied by indie music from coming-of-age movies.

The #maincharacter hashtag is also used in another TikTok meme. In June, TikTok user @samvicchiollo filmed a video of themself acting as every main character in the scenario of robbing a bank. This video had over 3.4 million likes and motivated many other users to make similar videos portraying themselves or their friends acting out popular movie tropes.

playing tiktok audios through the cars bluetooth to remind my mom that i am the main character
@AshtonJJuice, August 4, 2020
They usually act as the “main character” by performing regular actions dramatically, often with some indie music playing in the background.
Liz Sommer, StayHipp, May 29, 2020

Main character is used on TikTok when a person, either seriously or playfully, refers to themselves as the main character of their own life.

This is not meant to be a formal definition of main character like most terms we define on Dictionary.com, but is rather an informal word summary that hopefully touches upon the key aspects of the meaning and usage of main character that will help our users expand their word mastery.