What does Veganuary mean?

Veganuary is a name for going vegan, or not eating or using animal products, for the month of January.

Where does Veganuary come from? 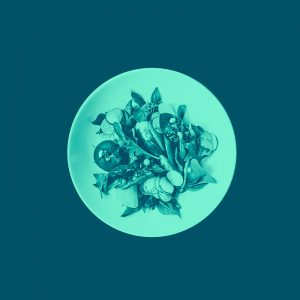 January is a traditional month for planning big lifestyle changes, whether it’s giving up alcohol, eating less sugar, promising to go to the gym, or finally writing that novel you’re sure is going to win awards. New Year’s resolutions like these, of course, are notoriously un-sticky. But, some challenges take advantage of the New Year spirit to offer a temporary resolution, something you only need to stick to for January.

Veganuary is one such entity. Veganuary is a blend of vegan and January. Vegan means not eating or using any animal products. Veganuary is the name of both the event and the company that runs it, which is a nonprofit from the UK. The event promotes living an animal-free lifestyle, including going vegan, for the first month of the new year. The first Veganuary was held in 2014, and it quickly gained popularity. In 2018, 250,000 people signed up. The organization gives its participants a starter kit and tips to succeed.

"Veganuary" asks non-vegans to ditch meat and dairy each January to help fight climate change with names such as Joaquin Phoenix, Peter Egan, Evanna Lynch, who played Luna Lovegood in the Harry Potter film, signed up to the pledge.
Nada Farhoud, Mirror, December 5, 2019
to anyone partaking in veganuary or trying to go vegan in 2020, remember: you don’t have to be the perfect vegan, especially when you’re starting out! if you make a mistake or fall off the wagon at first, just jump straight back on and don’t give up. everything you do counts!
@DAISYBRX, December 27, 2019

Veganuary is the name for the event itself, which anyone can participate in, and for the organization that runs it. Most people using the term are talking about participating in the event, which offers a low-stakes way for people curious about veganism to try out the lifestyle.

For anyone already thinking about 2020 New Years Resolutions…consider eating more Vegan and/or participating in Veganuary as a goal to help the environment. Start to follow more sustainable food accounts to inspire you and teach you how eating plantbased is affordable and easy! pic.twitter.com/z0vvmCfd6a

Want to try eating plant-based? 2020 is a great time to start! Take the @veganuary pledge to get 31 days of delicious recipes, easy meal plans, and helpful tips. Sign up and share with friends: https://t.co/Mdw8K4uiN9 pic.twitter.com/7CfNzv9GPD

Increasing media coverage has resulted from the surge in signups.

VEGANUARY IN THE NEWS! 🗞 Our #Veganuary2020 launch got some fantastic coverage yesterday from media in several countries! 🌎

Have you signed up to join us this year? Our 31-day vegan pledge is free! 👉 https://t.co/2ClixXQFq9 pic.twitter.com/KF5SAPU817

The company also has celebrity sponsorships, which have led to greater publicity.

Veganuary has gone GLOBAL! I’m so honored to be an Ambassador for @veganuary and I’m asking everyone to sign up. Being vegan is one of the easiest ways to make a positive change in the world, and everyone has a choice to participate three times a day. pic.twitter.com/pkFpF4fWYW

Veganuary has gotten popular enough that some companies participate by offering special deals or products for the season.

Countdown is now officially on, it's less than a month to the most wonderful time of the year.

No not Christmas, Veganuary! When all the new plant based cruelty free goodies get released! 🙌🏻

The skyrocketing momentum of climate change awareness in 2019 may have boosted Veganuary’s popularity, as many in the movement believe that plant-based diets are more sustainable and better for the planet. Other reasons given for participating in Veganuary include personal health and animal welfare.

You can also just use Veganuary as a hashtag to highlight the tasty vegan food you’re making for the month. Not every #Veganuary post is posted in January, but the hashtag provides a place for those interested in vegan food to congregate and share recipes or food inspo.

This is not meant to be a formal definition of Veganuary like most terms we define on Dictionary.com, but is rather an informal word summary that hopefully touches upon the key aspects of the meaning and usage of Veganuary that will help our users expand their word mastery.