What does boi mean?

Boi is an alternate spelling of boy used to describe boys, yes, but also men, girls, women, and things that aren’t even human …

Where does boi come from? 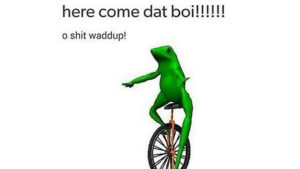 You may know boi from Dat Boi, a 2015 meme featuring a frog on a unicycle. 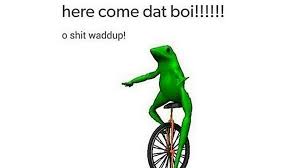 But, what about that time in the early 1990s, when Georgia rapper Antwan André Patton adopted the stage name Big Boi before going on to become one half of Outkast. This spelling of boi was in line with other street spellings, like in the 1991 film Boyz in the Hood.  Kind of like phat or thicc, deliberate slang misspellings. Boi is also likely a lexical middle finger to white people who insult adult black men by calling them boy …

The meme-ing of boi began in 2014 with a news broadcast screenshot of a “Wanted” photo. It featured a digitally added mustache and replaced the wanted person’s name with dat boi, or that boy. In 2015, a Tumblr user, Phalania, made a now-deleted but internet-famous post: “Here come dat boi. O shit waddup!” 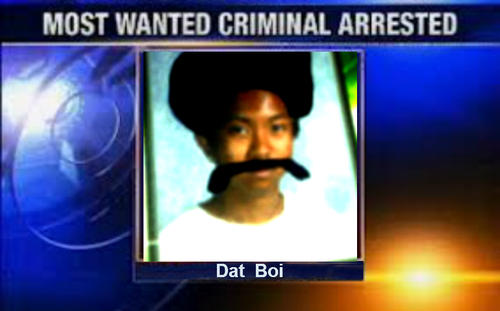 Meanwhile, an absurd late 1990s animation of a frog on a unicycle was creeping around in the caves of the internet. In April 2016, the phrase “here come dat boi” and that weird frog were brought together, in pure internet randomness and absurdity, on a Facebook meme page to create Dat Boi, which went massively viral—though it was also criticized as an appropriation of black and queer culture. 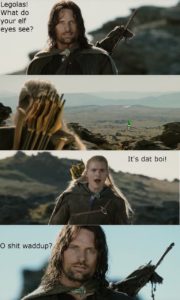 morning-train, Tumblr
There does seem to be a flexibility in gender roles that is refreshing: some bois date butches, some date femmes, some date other bois, some transition and use male pronouns, some remain female-identified. It’s become non-political in terms of feminism and homosexuality, but in terms of gender they seem to be filling the spectrum from male to female and bridging the gender gap.
PlainT, Queering the Nerd, September 2014
SEE MORE EXAMPLES

Big Boi continues to make music … Avril Lavigne celebrated her “Sk8r Boi” in one of the most popular songs of 2002.

Memers never miss a chance to find new ways to insert boi into both new and existing memes, usually intending boi as a funny misspelling or in reference to the dat boi meme. Boi, in meme, has humorously come to stand for any person or object.

please appreciate this massive boi I got from Dior via like six other rich ladies going broke and needing to liquidate pic.twitter.com/kyOFbcgGqk 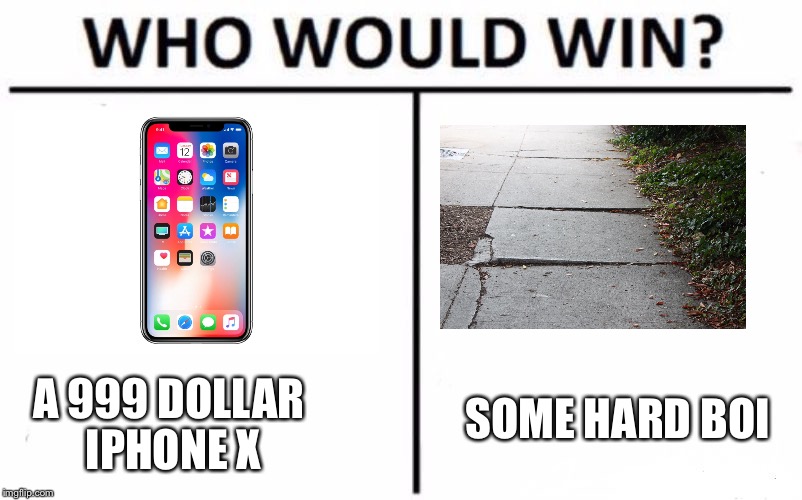 This is not meant to be a formal definition of boi like most terms we define on Dictionary.com, but is rather an informal word summary that hopefully touches upon the key aspects of the meaning and usage of boi that will help our users expand their word mastery.