Feedback
see you next Tuesday
selfiecide

What does self-partnered mean?

Where does self-partnered come from? 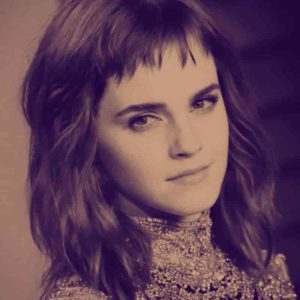 In an interview with British Vogue published in part on November 4, 2019, actor Emma Watson, famed for playing Hermione in the Harry Potter films, discussed how she feels about turning 30.

Watson noted pressures she feels women face to have a home, spouse, family, and stable career by this age. Commenting on her own relationship status as single, Watson said, “I am very happy [being single]. I call it being self-partnered.”

Watson’s use of self-partnered is both pointed and creative. It’s pointed in that it calls out how society often judges women who are single, as if something is wrong with them for not finding or wanting a partner. Think of the stereotypes around single older women as spinsters, for one.

Although maybe it’s because when you tell someone you’re single, the automatic assumption is that you’re actively looking for a partner, so by saying self-partnered you’re making it clear that you’d actually rather be on you’re own right now? pic.twitter.com/XPj79ebc6G

While self-partnered doesn’t have any wide use as an actual relationship status, Watson isn’t exactly the first to use the term. One person substituted self-partnered for single on Twitter in January 2018.

Melanie Tonia Evans, a counselor on narcissistic abuse, has been using self-partnering (and related forms) since at least 2015 in her programming. Being self-partnered, as Evans uses it, involves strong self-care, self-empowerment, and self-agency—loving and being true to oneself.

All about being 'self partnered', I'm happy and single. Just because I'm nearing 30 does not mean I need to be married with kids ...
@h_tucks, November 2019
One of our biggest "gaps" when not in our own body self-partnered is this ... relying on the world outside us to grant us our own love and approval.
Melanie Tonia Evans, Facebook, August 2015
The takeaway from this piece isn't the term "self-partnered" but the fact that you can be a BAFTA recipient, UN goodwill ambassador, and beloved icon of a generation of women and people will still ask if you feel like a failure because you're 30 and not married with kids.
@andizeisler, November 2019
SEE MORE EXAMPLES

Self-partnered isn’t (yet) meaningfully and widely used as an alternative label for single as a relationship status.

Watsons’s use of the term, however, did generate a lot of conversation in the media and online about how single women are viewed in society. It also has its finger on the cultural pulse in that 1) partner is an increasingly popular term for “significant other,” and 2) self-partnered underscores broader changes underway in language not only around gender and sexuality but also romance and relationships.

I personally love that Emma Watson calls being single "self-partnered". We really need to overhaul the way we think about singledom and especially how our culture views single women. I wrote about this a while back: https://t.co/DGxcns6K1a

Social media, as ever, also made a lot of jokes about self-partnered as a term.

change our name to Kraft #SelfPartnered

This is not meant to be a formal definition of self-partnered like most terms we define on Dictionary.com, but is rather an informal word summary that hopefully touches upon the key aspects of the meaning and usage of self-partnered that will help our users expand their word mastery.