Feedback
up to snuff
uwu

Updoot is a humorous internet slang for an upvote (or a “like”), which is a favorable rating a user gives to an online post or website.

Where does updoot come from? 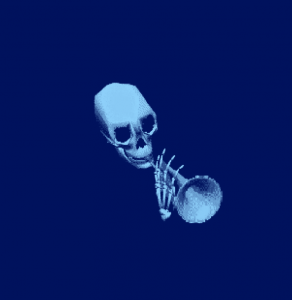 People didn’t just start saying updoot because they got tired of how upvote sounded. Updoot has a meme as its root: the Skull Trumpet or Doot Doot, which features a computer-animated skull playing two notes on a trumpet. The meme came to prominence in 2011 and migrated to Reddit. The skull became known as Mr. Skeltal and his sound as a doot.

Updoot plays on upvote and doot doot, an imitation of the sound of a trumpet and perhaps meant as a playful sound effect for the little victory of someone liking and boosting your content (upvoting), especially on Reddit.

Interest in updoot surged in 2015–16. There were numerous Reddit posts asking what an updoot was on subreddits like r/OutOfTheLoop. A fun, little website launched in 2015 where you can give yourself as many updoots as you want: updoot.me.

I can’t imagine liking a reddit post enough to spend money on it. “Haha yes, sometimes life does literally knock on my door and punch me in the stomach! An updoot for you, kind sir, and $5!”
@waterslap, December 2018
To updoot this would be to suggest that mr skeltal ever left. Denounce fuccboi memes, mr skeltal is with me forever and always doot doot.
Eurynom0s (user), Reddit, 2017 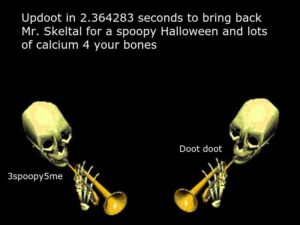 Updoot is usually paired with the Skeleton Trumpet meme, e.g. Mr. Skeltal needs updoots for his trumpet. At the height of updoot in 2015, the subreddit r/dankmemes produced numerous memes featuring updoot and the skeleton. 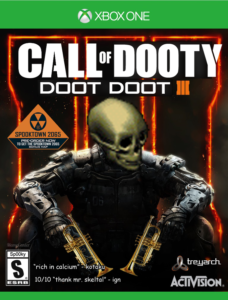 The memes often referenced calcium (because bones) and, true to dank memes, were meant to be absurd. 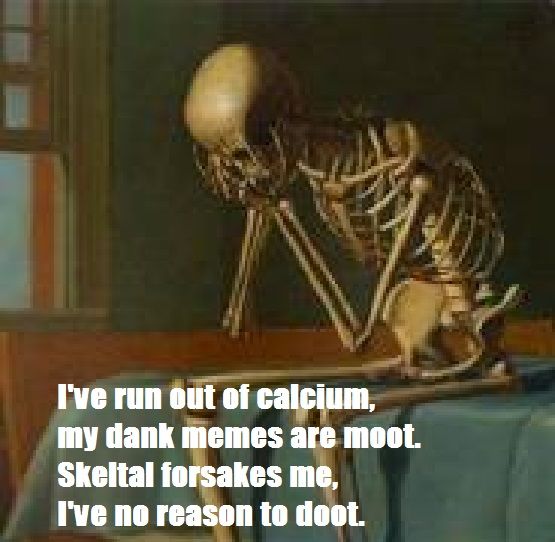 Updoot was heavily used on Reddit but spread to other social sites, including Twitter and gaming forums.

you have been blessed by sleeping cat!
every updoot is one night of restful sleep and sweet dreams for you! 🐱😴 pic.twitter.com/BHHUHlYbJF

The action of downvoting is sometimes called a downdoot.

This is not meant to be a formal definition of updoot like most terms we define on Dictionary.com, but is rather an informal word summary that hopefully touches upon the key aspects of the meaning and usage of updoot that will help our users expand their word mastery.