What does baka gaijin mean?

Where does baka gaijin come from? 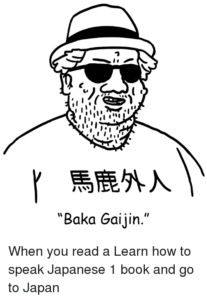 cant believe all my chopsticks broke, now i have to eat ramen with a fork like some baka gaijin

Together, baka gaijin is a “stupid foreigner.” The expression itself is attested by at least the 1970s in kanji and by 1989 in romaji. It is used by Japanese people for non-Japanese people they think are acting inappropriately. Baka can be insulting or, more mildly, disapproving.

For anyone in #Japan who needs to read something funny, I have a tattoo that says "baka gaijin" in Kanji. Yes I know what it means.

By at least 1995, baka gaijin surfaced in online message boards about manga, or Japanese comics. In this context, even people who weren’t Japanese were using baka gaijin as an insult to people who didn’t intimately understand manga, or to anyone who says or does something the manga community deems stupid or inappropriate.

I don’t know what happened to japanese game companies during the 360 era but they really got their shit together to assert dominance over the Baka gaijin
@HeteroGaming, January 2019
As one of the biggest attractions in one of Japan’s top wrestling promotions, Stardom World, [Kimberly "The Viper" Benson] is the top baddie in the sport, and referred to as baka gaijin – which means stupid foreigner.
Colan Lamont, Daily Record (Scotland), January 2017 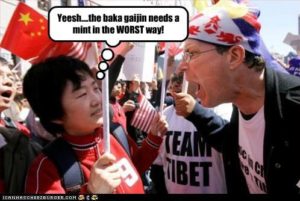 @hazelnutpon a lone weeb is heard in the distance; "theyre called manga you baka gaijin"

Baka gaijin is also used by non-Japanese admirers of Japanese culture in self-deprecation, or in response to behavior considered silly or uncouth in the eyes of Japan. There is even apparel emblazoned with baka gaijin.

All J-List T-shirts are going away, which means you should order our Baka Gaijin shirt now! https://t.co/Xf9JWRbzmN pic.twitter.com/xyzEB3FPsF

Was just eating a sandwich on the train and part of it fell onto the Japanese guy next to me….

Many of these admirers are Western lovers of manga and anime (otaku). They’ve adopted baka gaijin—along with baka and many other Japanese words—to describe people who fail to follow various conventions in the community and art forms.

You, a common baka gaijin anime fan : One Piece.
Me, an enlightened otaku : Two Pieces.

Then there is the guy who went on vacation to Japan and asked for a tattoo reading God Almighty in kanji. But he got a tattoo that said baka gaijin. 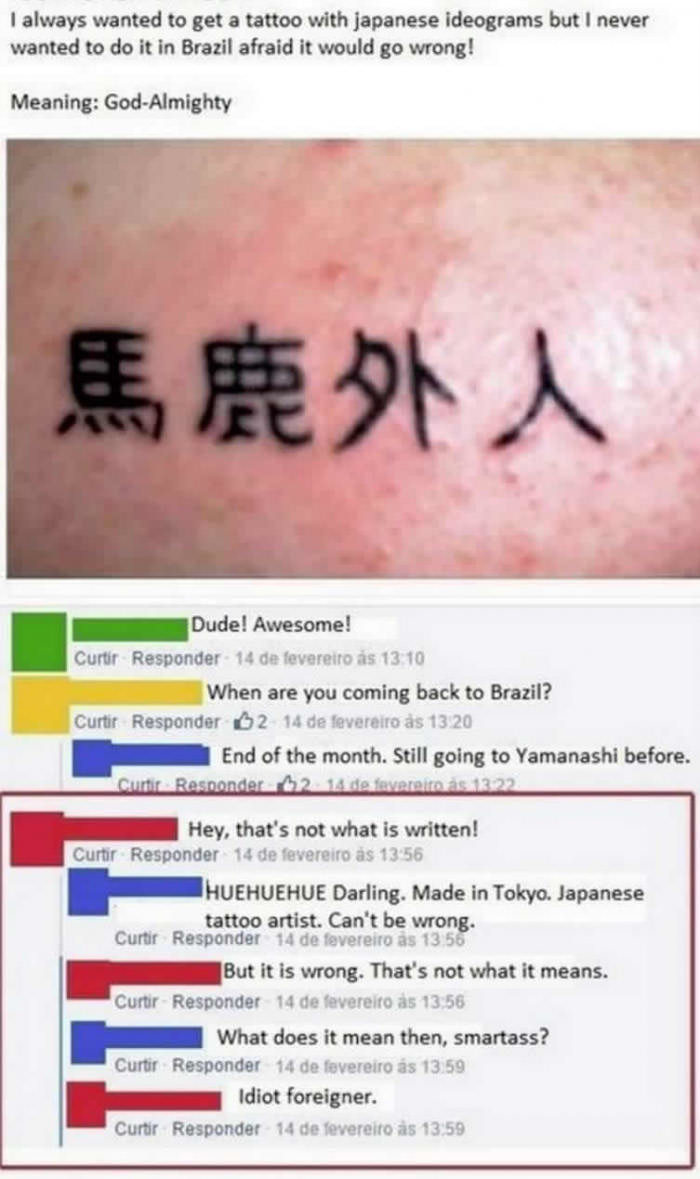 This is not meant to be a formal definition of baka gaijin like most terms we define on Dictionary.com, but is rather an informal word summary that hopefully touches upon the key aspects of the meaning and usage of baka gaijin that will help our users expand their word mastery.