What does Veritas Aequitas mean?

Veritas Aequitas are Latin words meaning “truth” and “justice,” respectively. They are used together and closely associated with the 1999 film Boondock Saints.

Where does Veritas Aequitas come from? 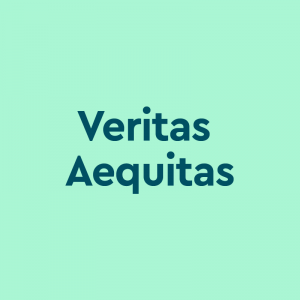 Veritas means “truth” or “reality” in Latin, personified as a goddess of truth. The English words very and verity, among others, are derived from it. Veritas is also seen in the Latin proverb in vino veritas (“in wine, truth”), and it is the one-word motto of Harvard University. Literally “evenness,” Aequitas is the Latin for “fairness” and “equality,” the latter word so related to it. The concept was represented in a goddess of honest merchants.

Veritas Aequitas is a theme of Boondock Saints, and it’s often interpreted as dispatching the baddies at all costs when on a mission of righteousness. It’s also a shorthand for the film itself in popular culture.

If someone’s online handle is Veritas Aequitas, it’s almost a sure thing that they’re fans of Boondock Saints and espouse the brothers’ moody, hard-edged approach to righting wrongs. It’s not uncommon to see the hashtags #VeritasAequitas in online discussion of the film. Some more diehard fans even get the words tattooed on their index fingers.

Do you have “aéquitas” or “veritas” tattooed on your hand?

This is not meant to be a formal definition of Veritas Aequitas like most terms we define on Dictionary.com, but is rather an informal word summary that hopefully touches upon the key aspects of the meaning and usage of Veritas Aequitas that will help our users expand their word mastery.