What does ally mean?

An ally is someone that aligns with and supports a cause with another individual or group of people. A straight ally, more specifically, is an individual outside of the LGBTQ community that supports their fight for equality and rights.

Where does ally come from? 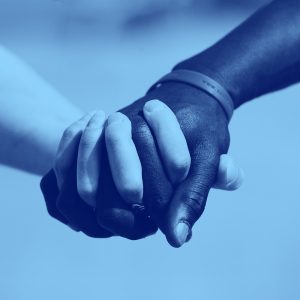 In the LGBTQ community, ally is found by the 1990s, an extension of the word ally as “supporter.” The concept of an ally, however, is much older. PFLAG, or Parents, Families and Friends of Lesbians and Gays was founded in 1973 and has been a major organization for allies ever since. 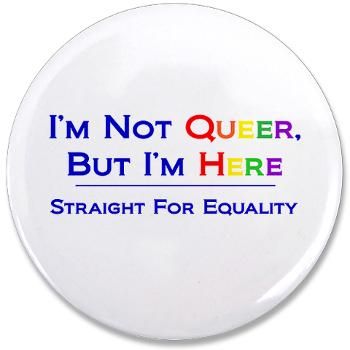 There have been prominent several campaigns to promote allyship, like 2015’s #illgowithyou, in which allies accompany transgender people in bathrooms so they feel safe.

The equal sign logo for the Human Rights Campaign has been associated with allyship as well. 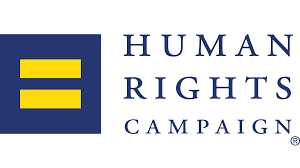 From the LGBTQ community, the term ally has spread to refer to people who are aligned in support of other disenfranchised and minority communities, such as people of color. 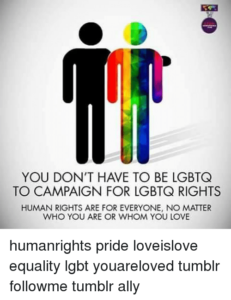 Funny
FYI in order to be an ally, you not only need to speak up but you need to ACT on those words you so proudly post on the internet. / Call out ignorant people, talk to people in those marginalized groups to understand how they feel and what support they need from you.
@addictedtewyuh, November 2018
The rise of the straight ally (and cis ally) has been tremendous and history-changing. For PFLAG, the ally evolution started in 1973, when our founder, Jeanne Manford, publicly identified herself as an ally to the lesbian, gay, bisexual, and transgender (LGBT) community, establishing herself as the mother of the modern-day ally movement. In the time since her brave stand, allies have united with the LGBT community to affect both legal and cultural change, shifting the dialogue about equality from a “them” issue to an “us” issue.
Jean-Marie Navetta, Diversity Best Practices, October 2015
SEE MORE EXAMPLES

If someone supports LGBTQ rights, they are considered an ally in that community. Many other minority communities adopt the ally moniker with pride.

Oh my favorite is, “You are the reason it’s so hard to be an ally.”

No sister, your commitment to white supremacy is the reason it’s so hard to be an ally.

The human resources department of large corporate companies sometimes define ally in their official company literature, and many LGBTQ support groups welcome allies to their spaces and meetings.

While many in the LGBTQ community value “good” allies, there are many articles that outline how to be a better ally. They cite not taking up space in discussion over someone who is LGBTQ, trying to understand the history and nuance of the movement, and actively fight injustice and discrimination as it happens.

white people: there is a thin line between being an ally and taking someone elses voice. learn where it is & how to not cross it

If you are white, scream against systemic racism. If you are straight ally for lgbtq rights. If you are an American citizen, stand up for undocumented people. Stand up for the indigenous, the poor, the Black, the trans, the you, the me, the us.

This is not meant to be a formal definition of ally like most terms we define on Dictionary.com, but is rather an informal word summary that hopefully touches upon the key aspects of the meaning and usage of ally that will help our users expand their word mastery.