In popular culture, the adjective androgynous describes something as unisex or sexually ambiguous, sometimes in an insulting manner.

Where does androgyn come from? 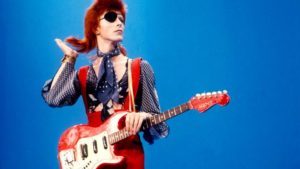 The concept of androgyn is ancient, notably found in the Greek myth of Hermaphroditus. A handsome fellow, Hermaphroditus caught the eye of a nymph, Salmacis. She was so enamored, she beseeched the gods to merge their bodies so they’d never be apart. The result was an entity both physically male and female—an androgyn, or something androgynous.

Hermaphroditus gives us the term hermaphrodite, another term for androgyn, a word whose Greek roots join “man” (andros) and “woman” (gyne).

Androgyne is recorded in Old English while androgynous is evidenced in the 1600s. While many biologists have used androgyne/androgynous for such things as plants with both male and female sex characteristics, others have used the term over the years to deprecate men who seem too female and women who seem too male.

Androgyn is a more modern variant of androgyne. It’s recorded in the early 1900s in medical texts highlighting people who displays both male and female biology, and seen, in the un-woke-ness of history, as “defects.”

In the 2000s, androgyn spread in the LGBTQ as a term for a person with a nonbinary gender expression. This use perhaps has some debt to gender-bending icons like David Bowie, the rock icon who notably adopted an androgynous, gender-fluid look in the 1970s. 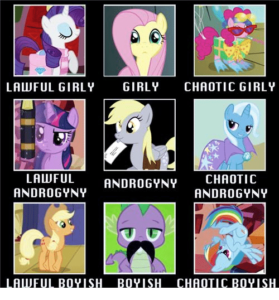 Androgyn, androgyne, androgynous, and androgyny—whatever the form, the word sees biological use for plants and animals that don’t have separate sexes. Did you know that many snails, for instance, are androgynous?

Androgyny also sees use, more so historically but still continuing in contemporary language, to insult people who are seen as gender-ambiguous. An androgynous haircut may be seen as too effeminate or masculine, for instance.

Known in France as "l'Androgyne du Desert," Eberhardt traveled North Africa at the turn of the century, dressed as a man. Her wild life transformed her into a legend. https://t.co/WiHPz9kBXb

However, with the growing awareness and visibility of nonbinary individuals in the 2000s, androgyn/androgyne has been experiencing more use as a term and as a gender identification by trans people who identify as both (or not strictly) male and female in some manner, often in terms of appearance.

This is not meant to be a formal definition of androgyn like most terms we define on Dictionary.com, but is rather an informal word summary that hopefully touches upon the key aspects of the meaning and usage of androgyn that will help our users expand their word mastery.