Feedback
Previous How Many Words Are There In The English Language? Next What Do The Latin Phrases And Symbols On The Dollar Bill Mean?

Whether or not you believe that the position and relationship of the sun, moon, stars, and planets have any bearing on your personality, you probably still know what your astrological sign is. The zodiac contains 12 constellations and is divided into 12 equal segments. Each astrological sign—Aries, Taurus, Gemini, Cancer, Leo, Virgo, Libra, Scorpio, Sagittarius, Capricorn, Aquarius and Pisces—represents one of the segments.

These are signs that we’re all familiar with, even if we don’t know what each represents. For example, are you caring but moody? An astrologer might peg you to be a Cancer. Are you creative but inflexible? You might be a Leo.

But it’s likely that you’ve never heard of or been called an Ophiuchus (pronounced [of-ee-yoo-kuh s]). The question is, would you want to be?

The name of this large constellation means “serpent-bearer” in Greek. The ancient astronomer Ptolemy included Ophiuchus in his list of 48 constellations which he documented in the 2nd century. (It used to be referred to as Serpentarius, which is Latin and has the same meaning.) It is still one of the 88 modern constellations.

In Greek myth, Ophiuchus was said to depict the god Apollo wrestling the snake guarding the Oracle of Delphi. Although the myth changed many times over the years, it was always associated with a man wrestling a serpent.

Standard astrological zodiacs do not include Ophiuchus. However, a few astrologers who use a sidereal zodiac do consider it to be the 13th zodiacal sign. Simply put, the tropical zodiac, or the standard zodiac that is based on Ptolemy’s findings and that the Western world uses, is tied to the charts Ptolemy created. Ptolemy notably stated that the zodiac should begin where the sun is located at the Spring Equinox (this is why the dates fluctuate for the beginning and ending of each zodiac sign every year).

This zodiac moves as the constellations do over time. That means that the dates of someone born under the sign of Cancer 1,000 years ago are not the same dates we consider those born under the Cancer zodiac sign today—the Earth has rotated and therefore so have the constellations. In fact, the dates progress by one day roughly every 70 years. On the other hand, the sidereal zodiac, used by Hindu astrologers and people in the Eastern world, is a fixed zodiac and uses the actual positions of the constellations in their astrology. The dates for this zodiac do not shift.

The sun travels through the constellation of Ophiuchus for three weeks, from about November 30–December 18 (which makes it the sign before Sagittarius) for those that choose to consider it a zodiac sign. Its addition to the zodiac  was first suggested by astrologist Stephen Schmidt in 1970 and it was proposed again in 1995. While the notion of a 13th zodiac sign didn’t take off in the West, it was somewhat popular in Japan.

In 2016, there was a kerfuffle when many people seemed to believe NASA changed the zodiac and added Ophiuchus, but that seemed to be based on a misunderstanding of an article for children about how astronomy, constellations, and astrology have changed over time.

How old is the discovery of Ophiuchus?

Some say those born under this constellation are a mix of Scorpio and Sagittarius, both of which it borders. Others believe an Ophiuchus is curious, passionate, and hungry for knowledge, which might explain why some of you are here searching for this very information.

Here are some words you might use to describe an Ophiuchus.

Even if your birthdate doesn’t fall under the sign of Ophiuchus, that shouldn’t stop you from feeding your insatiable curiosity for the other signs of the zodiac. May we suggest learning more about people born under Capricorn, Aries, Aquarius, and Gemini, for a start? 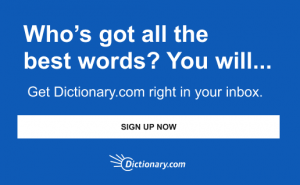 Previous How Many Words Are There In The English Language? Next What Do The Latin Phrases And Symbols On The Dollar Bill Mean?
RELATED POSTS

Home / Pop Culture / Hobbies & Passions / What Does “Ophiuchus” Mean And Is It Really Part Of The Zodiac?