What does blerd mean?

It is time, brothers and sisters, to binge on some…Star Trek! A blerd is slang term for black nerd.

Where does blerd come from? 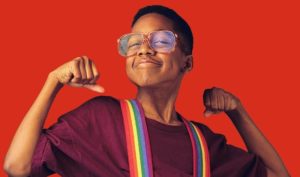 A nerd (a word dating to the 1950s) has long stereotyped a socially awkward person who enjoys things like comic books, action figures, and Dungeons and Dragons.

As archetypes go, nerds were typically considered white and male. The idea of a black nerd—that nerdy things could be enjoyed by black people, that nerdiness wasn’t just the domain of whiteness—was rare in popular culture. 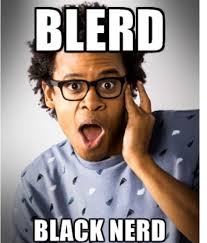 In fact, the character Steve Urkel from Family Matters, a black nerd, was considered so odd and surprising he became the most popular character on the show and a 1990s icon. Dr. Alvin Poussaint, who worked for The Cosby Show, went so far as to say that Urkel was “the kind of kid black kids would not want to be and would also accuse of trying to be white.”

Blerd culture has come a long way from the days of Steve Urkel but he’s still one of our beloved icons. Steve represents a shift in thinking about who can be nerds! Steve Urkel one of the greatest TV characters of all time and further proof the impact Blerds have on the world. pic.twitter.com/7WPttaw9jC

Fortunately in the late 1990s and 2000s, with the massive popularity of everything from Harry Potter to Marvel movies, nerdiness got woke—and the term blerd, a blend of black and nerd, was born.

One early use of blerd appeared on Usenet was in a 2003 discussion of the rock band They Might Be Giants. A user jokingly used Blerd to describe a black person who liked such music, considered nerdy and, well, very white.

Blerd was popularized, however, in a 2006 episode of the TV medical sitcom Scrubs. In the episode “My Best Friend’s Baby’s Baby and My Baby’s Baby,” Dr. Christoper Turk (Donald Faison, a black man) describes his cousin as “the world’s biggest blerd.” After the other characters give Turk weird looks, he explains that a blerd is a black nerd.

Turk is a blerd!!

As the 2000s closed out, blerd gained more popularity after actor and comedian David Alan Grier used it to describe himself on an episode of The Tonight Show Starring Jimmy Fallon.

David Alan Grier on Jimmy Fallon tonight said he used to be a "Blerd," which is a Black Nerd. Lol!

In 2012, blerd further spread after TV critic Eric Deggans repeatedly used the word of himself in a segment on NPR, embracing the concept and wrenching its mantle from Urkel. The term was notably used in the 2010s of such figures as Donald Glover, Neil deGrasse Tyson, and President Barack Obama.

Wait President Obama was on between 2 ferns…that brother is a first class blerd.

WATCH: Why Are There So Many Different Kinds Of Nerds?

...How Stan Lee Helped This Blerd Find His Superhero
Eric Deggans, NPR (headline), November 2018
"I can't help it if I like unconventional shit like 'Star Wars' and comic books!" / Yes, yes poor blerd. Way to live on the fringe.
@GeeDee215, June 2015 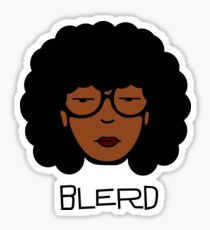 First off, understand that the word and concept blerd acknowledges that nerdiness has historically been racially constructed, with stereotypically “nerdy” things either excluding black people or perceived as undesirable in black culture.

That said, blerd is mostly used positively—as a proud self-identifier. And don’t heap more stereotypes on the blerd. They don’t necessarily prefer Miles Morales to Peter Parker or Lando Calrissian to Han Solo.

In short, the word blerd says: I’m black, but I can enjoy nerdy things, too, and I’m going to be visible and open about it.

from a #Blerd POV. Shout out to our #Blerds! #BlerdsUnite! Yay! #BlerdDating

My patronus is a dolphin! #HarryPotter #Blerd

This is not meant to be a formal definition of blerd like most terms we define on Dictionary.com, but is rather an informal word summary that hopefully touches upon the key aspects of the meaning and usage of blerd that will help our users expand their word mastery.