What does dooblydoo mean?

Dooblydoo is a term YouTubers use for the description text beneath a video that provides such information as what the video is about, who made it, and relevant links.

Where does dooblydoo come from? 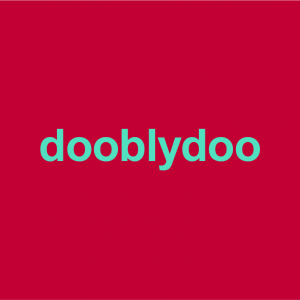 Like whatchamacallit and thingamajig, dooblydoo is a nonsensical, whimsical placeholder word. It is generally used for one very specific thing, though: the description text box at the bottom of a YouTube video.

I'm pumped to get into more video projects if for no other reason than I want to have reason to say "Doobly Doo" more often. I❤️@johngreen

In March 2009, popular YouTuber Craig Benzine, known by his handle WheezyWaiter, released a video after a hiatus. In his video, he mentions that links to his merchandise page and fellow YouTubers’ channels are in the “dooblydoo below” (which he also calls a “describey”). There not really being a go-to word for this text area, Benzine used dooblydoo instead, likely inspired by older use of such sounds as a placeholder word and similar words like doohickey and doodad.

Benzine’s fans and other YouTubers, notably the Vlog Guys, picked up on the lingo and started also saying “links in the dooblydoo” for the text area. Benzine became so associated with this silly word that he even began to make merchandise for his channel that featured the word dooblydoo on it.

Since 2009, dooblydoo began to be used more widely on YouTube to mean the text box below the video.

However, it is still a nonsense word and, much like whatchamacallit, dooblydoo is occasionally used as a placeholder for, well, just about anything. It shows up in pop songs, like the 1991 track “Funky Monks” by the Red Hot Chili Peppers, who scat-rap: “No I will not misconstrue / more rockin’ more rockin’ now doobley doo.”

It can also be used as a more fun way to say doodle, as in a quick, informal drawing.

The spelling of this nonsense word isn’t stable. Dooblydoo can be found written any number of ways, leading to no shortage of internet hot takes on its “proper” spelling.

My mom just called herself a clumsy doobly doo.
@oaky_aftrbirth, November 4, 2012
Despite not having watched a vlogbrothers vid in MANY years, to this day I expect youtubers saying "link in the-" to end w/ "doobly doo"
@mintchipleaf, July 27, 2017
YouTubers, despite addressing a wide range of topics and being from a wide array of backgrounds and locations, are part of a larger community where norms for expressing yourself—from the jump-cut video editing to phrases like “the Dooblydoo”—get codified and ingrained into the experience.
Rae Votta, The Daily Dot, February 29, 2020
SEE MORE EXAMPLES

When two versions of @mikerugnetta point to the doobly doo, does that make it a doubly doo? pic.twitter.com/X2nx6MFQcL

As mentioned, dooblydoo is also occasionally used as a placeholder or nonsense word, like or doohickey or doodad.

This is not meant to be a formal definition of dooblydoo like most terms we define on Dictionary.com, but is rather an informal word summary that hopefully touches upon the key aspects of the meaning and usage of dooblydoo that will help our users expand their word mastery.