What does glomp mean?

A glomp is a lunging, enthusiastic, over-the-top, and potentially dangerous hug that often begins with a running start, like a tackle.

It can be used as a verb or internet comment for giving someone such a greeting.

Where does glomp come from? 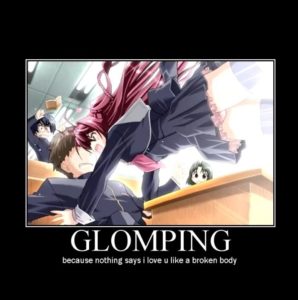 Glomping was a trope in comics and animation long before it was called glomping. For example, in the 1980–90s strip Calvin and Hobbes, Hobbes often glomps Calvin when he returns home from school.

The term stuck, both as a sound effect in Viz translations and among manga fans, who spread the term online in the 1990–2000s in internet forums, fanfiction, and social media more generally. 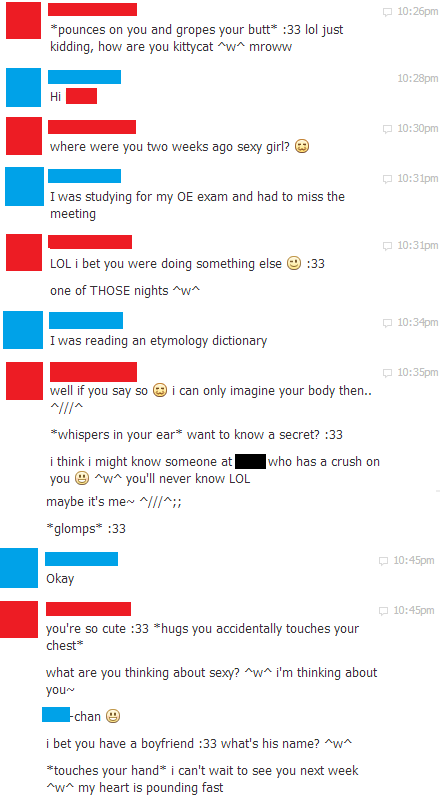 There are several theories about where glomp came from, including that it’s a blend of glom (onto) and jump. Others attempt backronyms, such as Great Leap of Monstrous Proportions. Viz Media’s use of glomp as a sound effect, though, suggests glomp is likely just onomatopoeia.

i'm wearing actual running shoes tomorrow so i can get a running head start for all of my hugs............what i'm saying is i'm goign [sic] to glomp them actually i just had this realization midtweet and i dont know what to do with this information.
@glumeria, August, 2018
It is a Baseball tradition for teammates to Glomp one another upon winning a big game. For major wins a "cuddle pile" is formed on the mound
@reiley, November, 2016 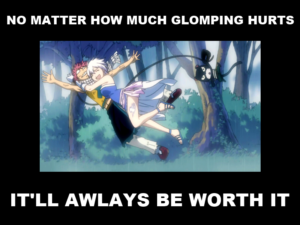 Glomp is most common among anime and manga fans, but it has spread to adjacent fandoms, including furries and bronies. Glomp is also the name of a snotty, handsy, but lovable character on the Cartoon Network series Mixels. 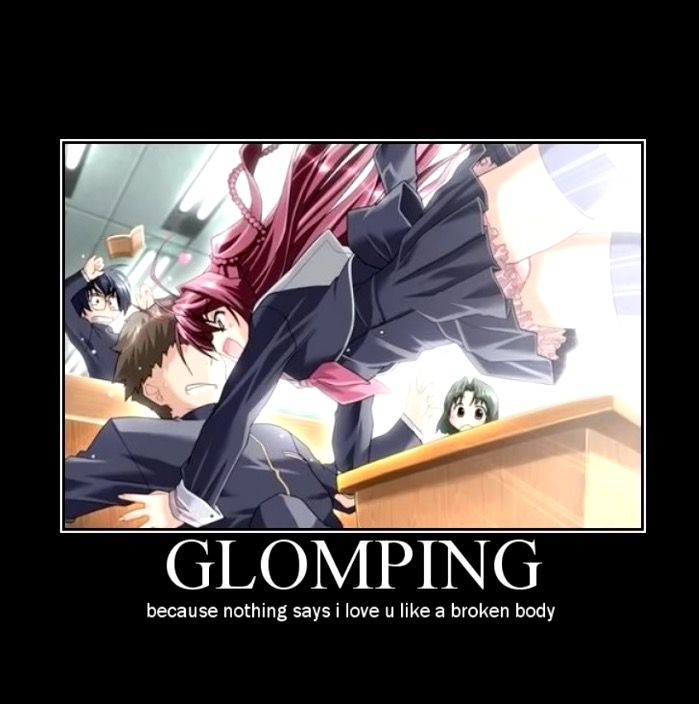 In real life, you might consider other ways to show your affection rather than glomping. Anime voice actor Greg Ayres is said to have once been glomped by a fan at the top of a flight of stairs while attending a convention, causing both glomper and glompee to plummet down the stairway. This seems to be why many conventions ban glomping.

This is not meant to be a formal definition of glomp like most terms we define on Dictionary.com, but is rather an informal word summary that hopefully touches upon the key aspects of the meaning and usage of glomp that will help our users expand their word mastery.