What does gosu mean?

From Korean, gosu refers to or describes someone who is highly skilled, used especially in video and computer gaming.

Where does gosu come from? 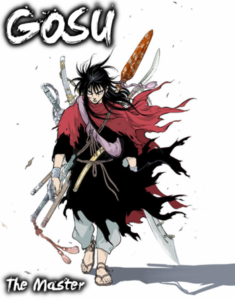 Especially talented players were called gosu, which translates to “expert” or “master.” It became a common compliment in that culture, used in the same way English speakers might call someone pro or, in early internet culture, 1337.

In 1998, the developer Blizzard released the game StarCraft, which was a hit in South Korea. The multiplayer version pitted players from all over the world against one another. It also let them talk to one another. The many South Korean players helped Korean words—such as gosu and chobo, a Korean n00b—spread in gamer culture worldwide. Due to the popularity of StarCraft, some have claimed gosu stands for God of StarCraft Universe, but this is just a clever backronym.

By the early 2000s, gosu had spread to other gaming communities, such as World of Warcraft. By the 2010s, gamers or people familiar with gaming/Korean culture were using gosu for everything from art skills to dance skills. A popular League of Legends streamer named Gosu shows, though, that the term remains relevant in gaming.

finally having lunch. yakitori is gosu.
@helloluis, May, 2007
"chobo" and "gosu" are the only Korean words I'm aware of that are used in English, although even those are only used in a subculture.
@MarcelGruenauer, August, 2008 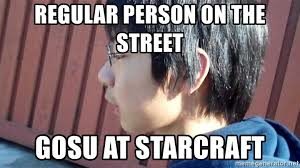 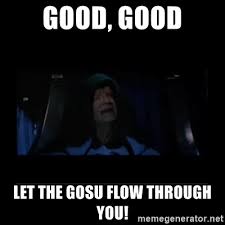 Gamers are still most likely to use gosu, both in forums and over the headset, to express their awe at the skills of elite players.

you are gosu player!

They also use gosu to describe someone or something exceptional outside the universe of gaming.

@JesseCox But WE believe you are gosu with psychology and give the breast dating advice. Does that not matter to you, great messiah o.O ?

While often used as an adjective in English, gosu can also be used as a noun for the exceptionally skilled person, like it does in its original Korean.

thank you for the support gosu 🙏

The term has also inspired the names of many gaming-related enterprises. Radio Gosu was a streaming station that played 24/7 video game soundtracks, and the GosuCrew is a group of professional e-sports players founded in 2010. Gosu.ai, which bills itself as a “personal e-sports training lab,” is a popular choice for players who want to level up from chobo to gosu.

This morning seems to be "Final Fantasy Tactics Music Day" on Radio Gosu http://www.osugamers.com/ (which is fine, I love that music!)

Hey Crew, we are thrilled to announce we have signed our first @PUBG team. Help us welcome:@DTreats @Biznatch_ @NuisanceD @victorellana08

In 2015, gosu returned to its roots with Gosu (The Master), a Korean-authored manga that follows a highly-skilled martial artist on his quest to avenge his master. 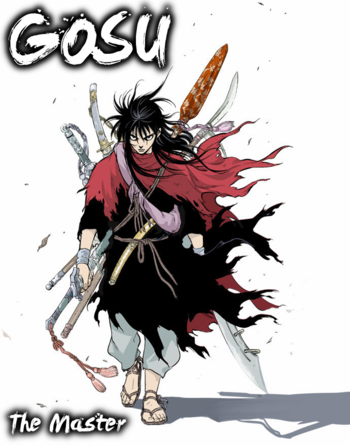 This is not meant to be a formal definition of gosu like most terms we define on Dictionary.com, but is rather an informal word summary that hopefully touches upon the key aspects of the meaning and usage of gosu that will help our users expand their word mastery.