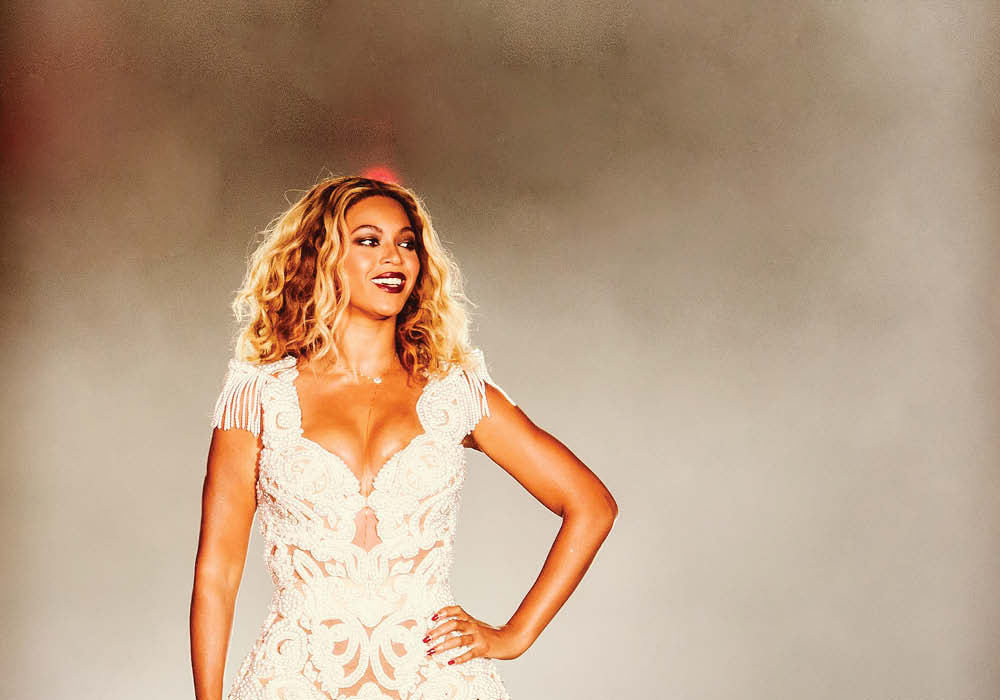 In honor of Queen Bey, we’re going to give you the lowdown on some terms closely associated with or popularized by the one and only Beyoncé Knowles-Carter.

And, what's better than starting with her actual name ? Or names—because, of course, the queen has many. Remember Sasha Fierce? That's was her alter ego, who she created on the set of the music video for "Crazy In Love."

Lesson #1: Bey is pronounced like bee, not bae. Bey is a nickname short for Beyoncé, of course.

But what about her full name? Where did Beyoncé come from?

OK, now if you’re truly a member of the Beyhive, you won’t want to miss the rest of the words Bey made famous that we've rounded up. 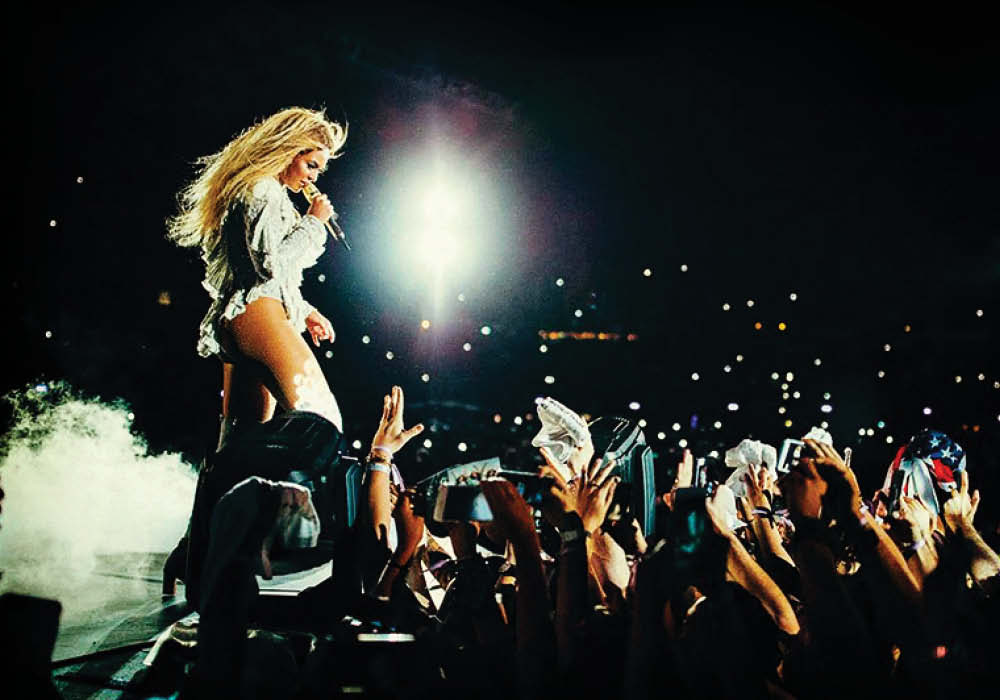 Speaking of the Beyhive. It is also pronounced like and sometimes even spelled as beehive, and is a punning term for Beyoncé’s loyal and passionate fanbase.

Evidence for Beyhive can be found on social media as early as 2009, including as the name of a now-defunct fan website for Beyoncé, TheBeyHive.com, which started in 2012.

According to The Ringer online, shortly after the TheBeyHive.com launched, Beyoncé began work on redesigning her own official website and wanted to have a section just for fans. A web designer working for her asked for feedback from her fans on Twitter about some candidates, including "BeyEntourage," which didn't win stellar reviews. They then decided to just use the clever name Beyhive. 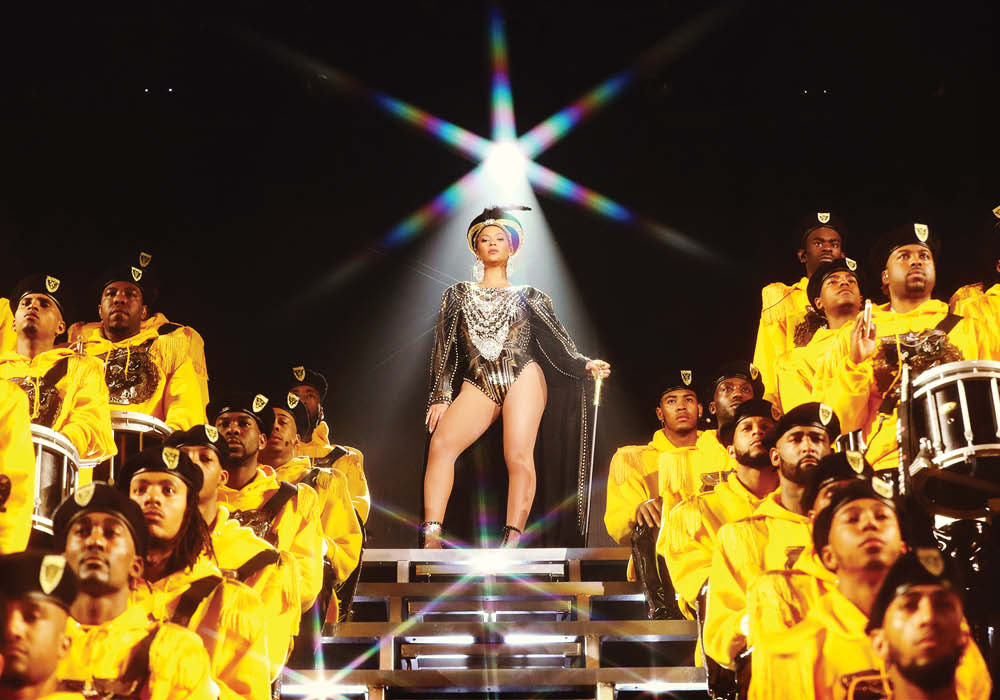 Beychella is a blend of Beyoncé and the California music festival Coachella.  It refers to the Queen’s historic, headlining performance at the Coachella Valley Music and Arts Festival in 2018.

Up until 2018, Coachella never had a Black female headliner. That all changed when Beyoncé took the stage in April 2018 with an epic performance. It incorporated a huge cast of dancers and musicians as well as scores of references celebrating Black culture, including HBCUs. 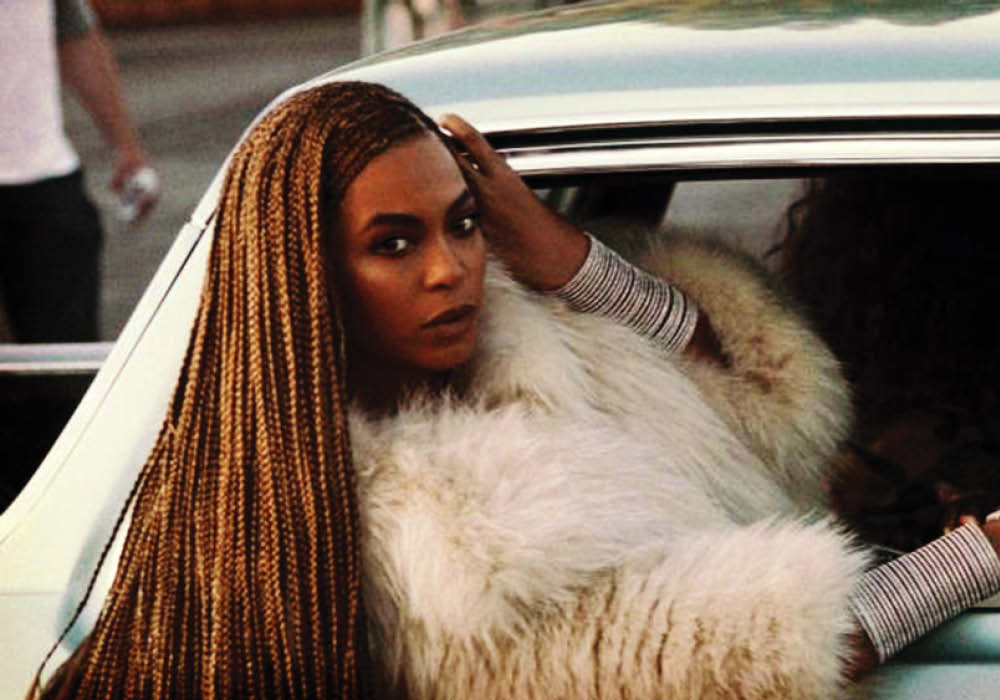 Lemonade braids are a type of braids used to style Black women's hair, named for the ones Beyoncé wore in her 2016 visual album, Lemonade.

With Lemonade, Beyoncé not only had a top-selling and socially incisive album, but she also sported a distinctive hairstyle in the video for “Formation.” These came to be called Lemonade braids, and women asked for them in hair salons for years to come.

Designed by Kim Kimble, Lemonade braids are very long cornrows with a deep side part that makes them cascade over one shoulder. Queen Bey wore hers in a blond color, though imitators style theirs in various colors.

Kimble and Beyoncé didn't invent the fundamental hairstyle featured in Lemonade braids, however. Cornrows and braids in Afro-textured hair go back millennia. 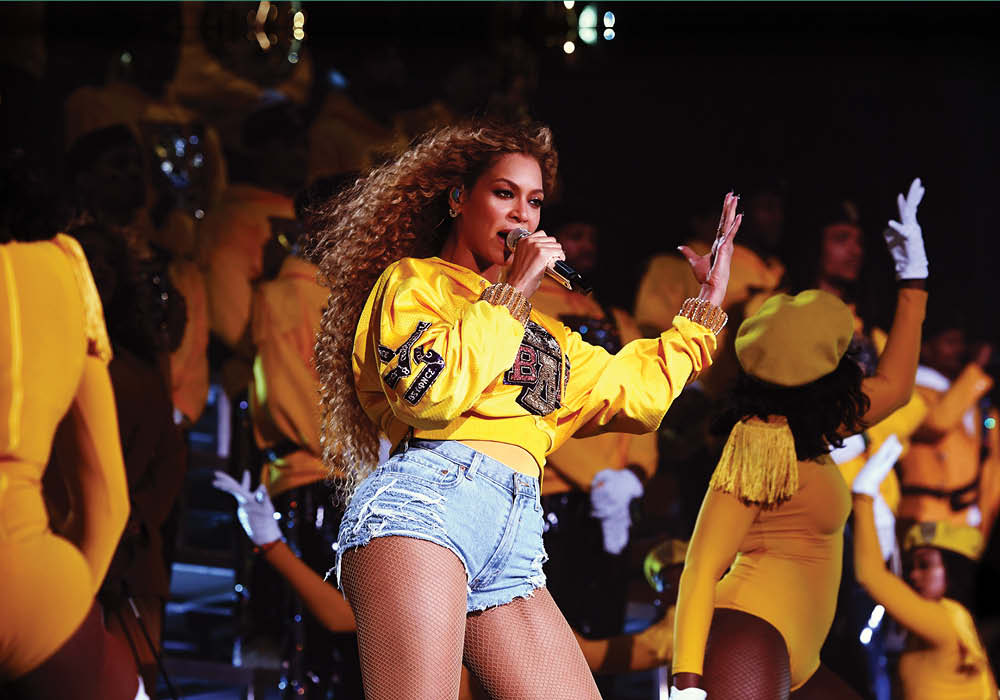 The September 2018 edition of Vogue magazine got the full Beyoncé treatment. In the feature article, the singer was frank about the changes her body has undergone as she’s aged and had children. She even praised her own FUPA: "... right now, my little FUPA and I feel like we are meant to be."

If you’re not familiar with the acronym, you’re not alone. As a result of the Vogue article, searches for the term climbed 18,150%. FUPA is short for Fat Upper Pelvic (or Pubic) Area. The term is slang for fat in the lower abdomen area, especially on women—and Beyoncé's use of it helped popularize it as a body-positive term. 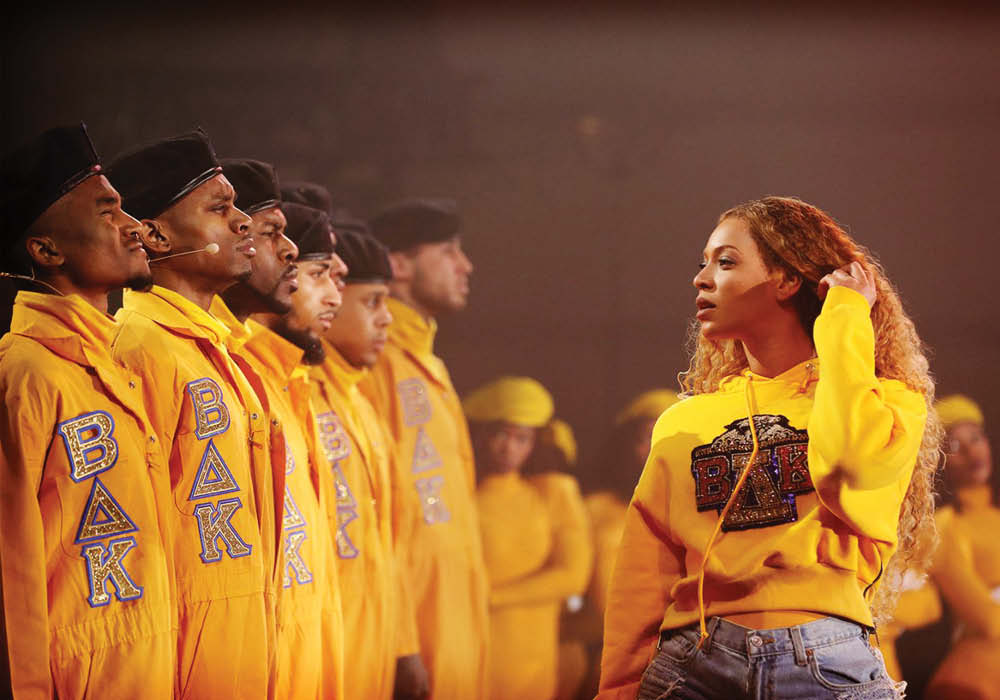 Back to Beychella. During her performance of her breakup anthem “Sorry,” an act unfolded in which six men were pledging to get into a "Beyoncé fraternity"—a reference to traditions in Black fraternities and sororities. As they appeared on stage, the audience hears Bugaboo shouted loud and clear.Bugaboo is a reference to a song by Destiny’s Child (Beyoncé’s former band) called “Bug a Boo.” Its music video showcases the women of Destiny’s Child being catcalled—and generally bugged, or "annoyed"—by a group of men. Boo, here, is a "loved one" or endearing term for a person more generally, resulting in the punning bugaboo.

According to Green's Dictionary of Slang, bugaboo, starting in the late 1800s, was slang for someone who is a pesterer or nuisance, especially in a sexual context. Even earlier, it was term for something that causes fear or worry. 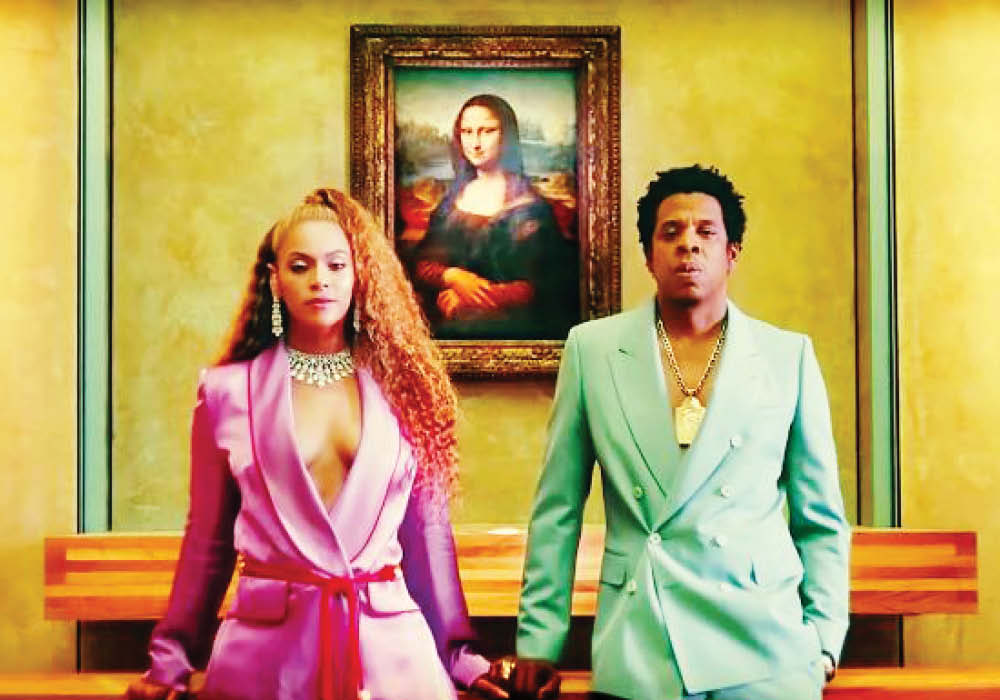 People went apesh*t when Beyoncé and husband Jay Z released a music video for their June 2018 collaboration named, well, “Apesh*t.” (The couple occasionally releases music under the name The Carters, after their surnames.)

But, it was the setting of the video that boosted searches on Dictionary.com. Filmed in Paris at the Louvre, the video sent searchers straight to the definition.

The Louvre has been a national museum in Paris, France, since 1793. This magnificent museum, the largest and most visited art museum in the world and home to such works as the Mona Lisa, was formerly a royal palace. It can now add another historic event—Bey's music video—to its resume. 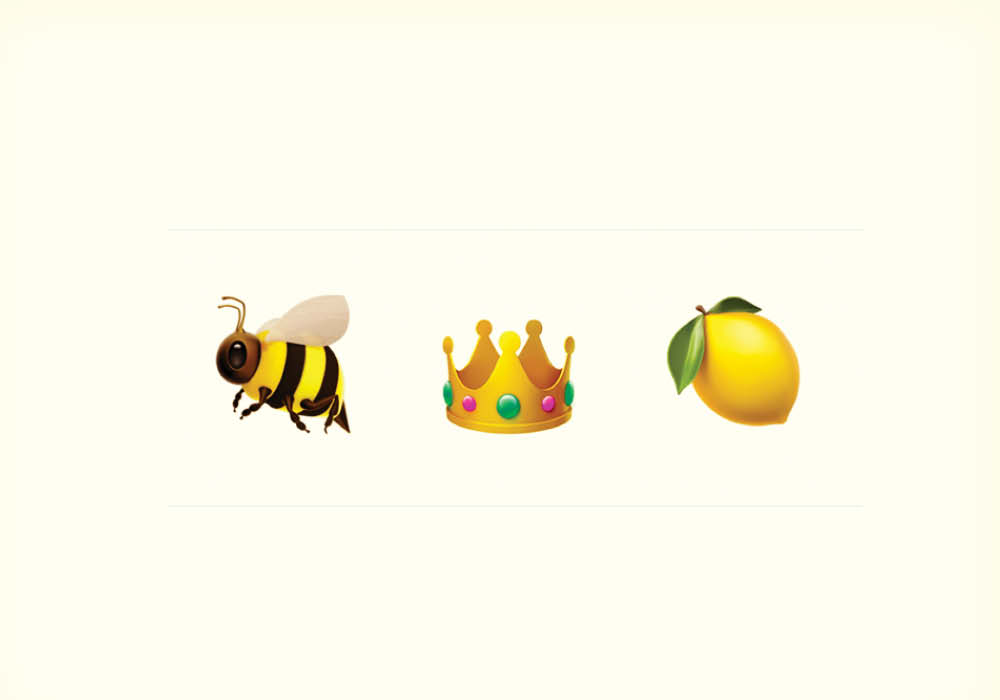 As a result of the popularity of the term Beyhive, fans of Beyoncé have really taken to using all things bee-related (apian, if you want to learn a neat word) in reference to the pop star. This includes dressing in yellow and gold, calling her Queen Bey (pronounced like bee, as you should know by now), and using the bee emoji, 🐝.

The bee emoji is used to celebrate Beyoncé, and it is often accompanied by the crown emoji,👑, or lemon emoji, 🍋. The crown emoji is used when referring to women as queens, or powerful, beautiful, and successful—Beyoncé being no exception. The lemon emoji has been used in social media posts about Beyoncé ever since her 2016 album Lemonade was released.

Other times though, the bee emoji is used by the Beyhive to defend their queen. When someone disrespects Beyoncé, fans may go to the offender’s social media channels and comment with the bee emoji on their posts. Just ask Kid Rock, who back in 2015 called Bey unattractive and criticized her music. He not only got a hive's worth of stingers to all his social media accounts at the time, but still gets them every year on the exact date he dissed Bey. 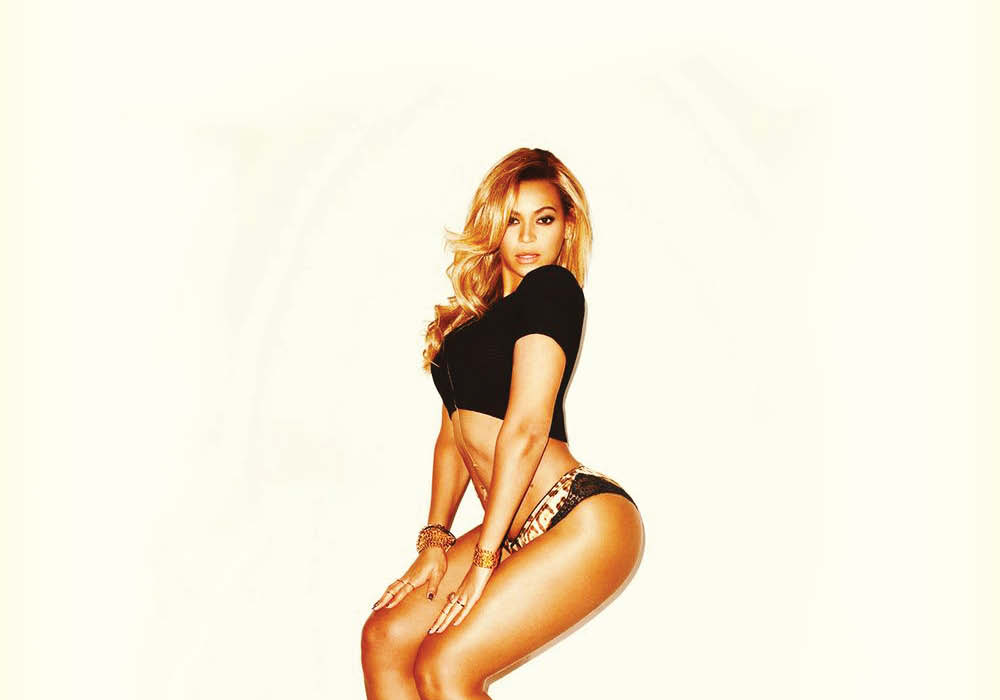 Fellow artist Snoop Dogg is given earlier credit for bootylicious, meaning "inferior" in hip-hop lyrics from 1992 (based on a different slang sense of booty), while bootylicious for "attractive" is recorded in 1994. But, Beyoncé no doubt helped popularize bootylicious and spread it as a body-positive term. 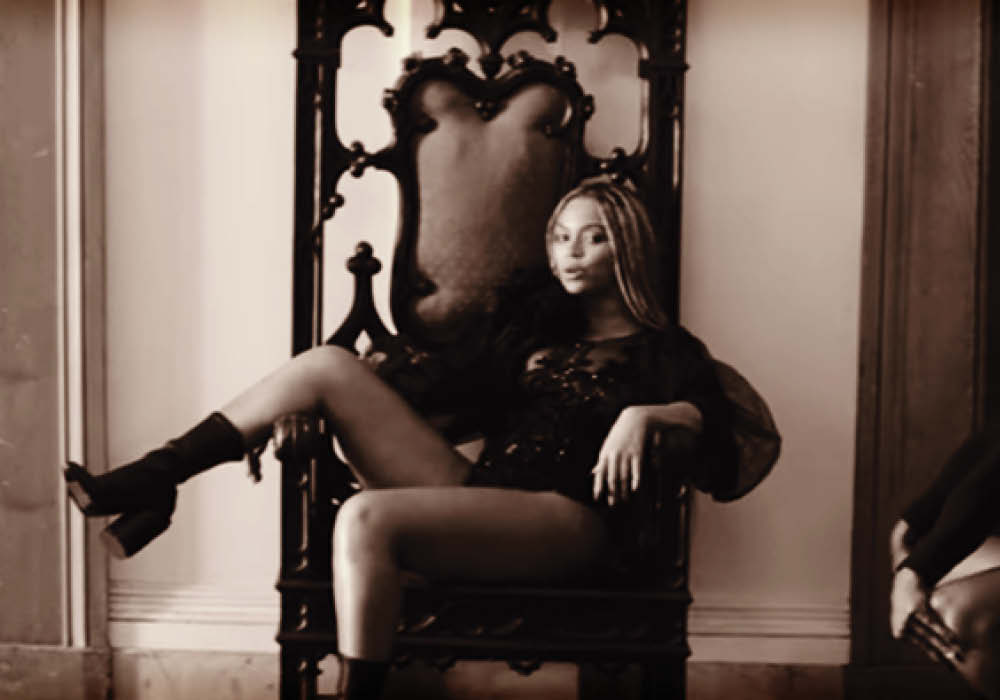 Becky (with the good hair)

One of the most popular lyrics of Beyoncé's Lemonade comes from the song “Sorry”: “He only want me when I'm not there / He better call Becky with the good hair."

This sent the Beyhive abuzz about who Becky was. The lyrics fueled the rumors of Jay-Z’s alleged infidelity, which the rapper publicly revealed in 2017.

The name Becky (a form of Rebecca) can be a slang term for a white woman considered unaware of her own privilege and prejudice. Beyoncé's Becky (with the good hair) inspired memes and jokes about basic white women.

Why Becky? It's seen as a generic white woman's name, associated with Sir Mix-a-Lot's 1992 "Baby Got Back," which opens with a white woman gossiping to a friend about a Black woman's body: "Oh my God, Becky, look at her butt."

Reaching further back, like way back, Becky Sharp is a seductive, social climber in William Thackeray's 1847–48 serial novel Vanity Fair. 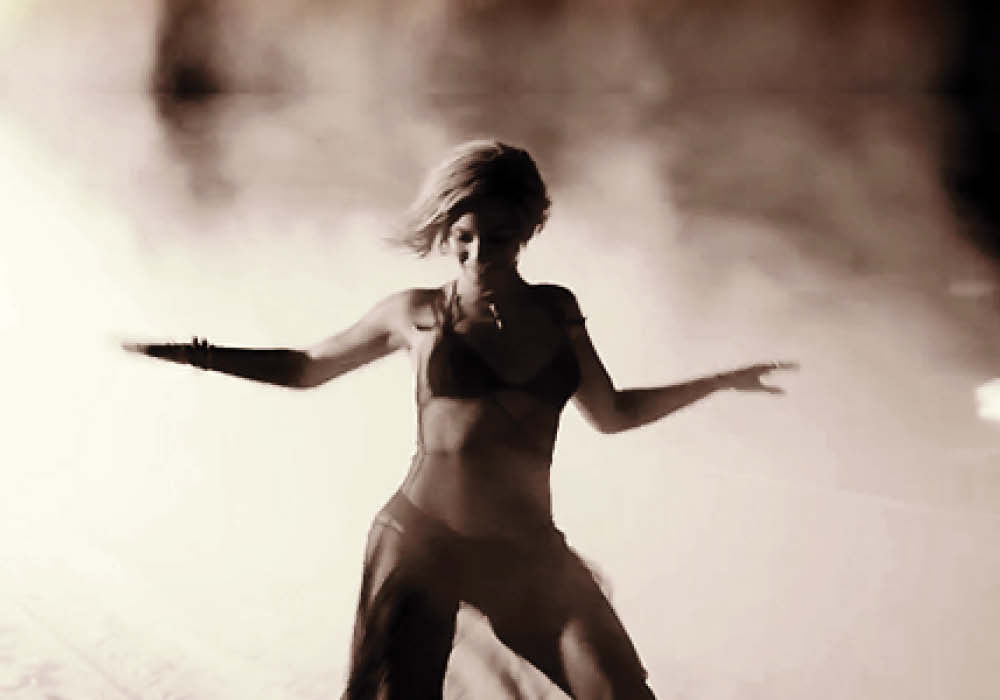 Like most things with Beyoncé, one word can carry so many different meanings and implications. Surfbort is yet another example.

In Bey’s 2013 hit “Drunk in Love,” she sings the sexually suggestive line: “I fill the tub up halfway then ride it with my surfboard.”

Except many people hear surfboard as "surfbort" (which may be due to an idiosyncrasy or part of the phonology of Black English). Searches for the term skyrocketed. Surfbort-themed merchandise and memes, as ever, spread. Definitions even appeared on Urban Dictionary defining surfbort as a sexual act.