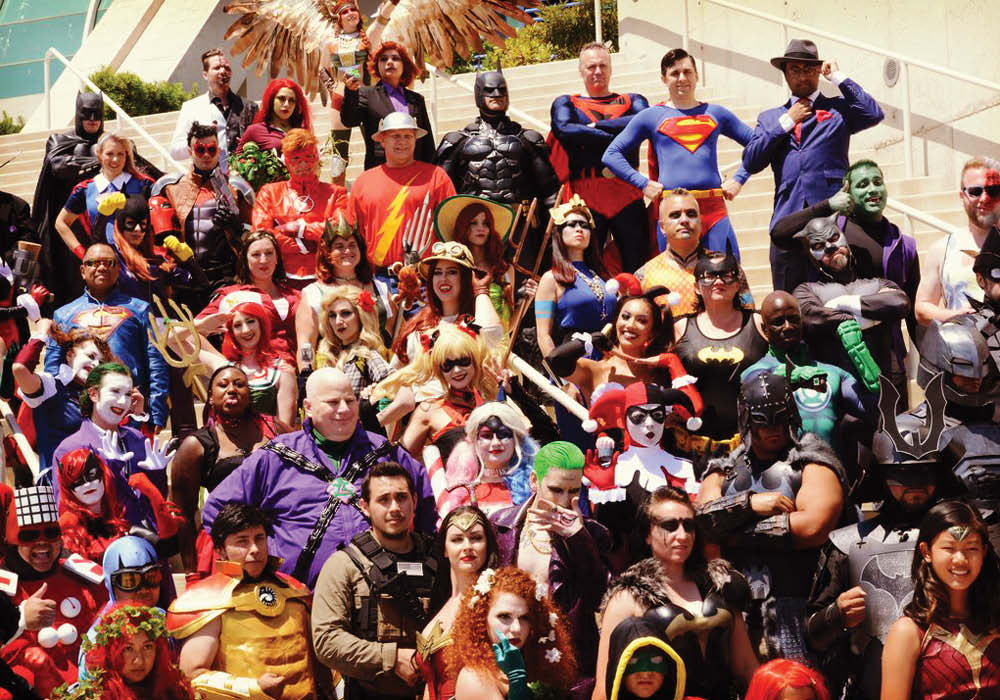 Every year in locations all over the globe, fans gather in convention centers to celebrate their favorite comic book characters, sci-fi and superhero franchises, anime and manga, video and tabletop games, and pop culture of all stripes. These gatherings are known as comic-cons, short for comic (book) conventions.

Calling a convention of fans of sci-fi, roleplaying games, and, of course, comics a "con" is much older than you think. It's recorded as early as 1940 for a sci-fi-based convention in Chicago, called Chicon.

Since 1970, the premiere convention each year in July is held in the San Diego Comic-Con. If people refer to just a Comic-Con, they mean this one. It grew from a humble meetup of lovers of comic books to an international, multi-day extravaganza of high-profile celebrities and cutting-edge cosplay.

Whether you're heading down to San Diego this year in your best Star Wars getup to brush shoulders with Mark Hamill or just looking to add to your collectibles at your local convention, it might be helpful to brush up on some of the lingo you might hear. 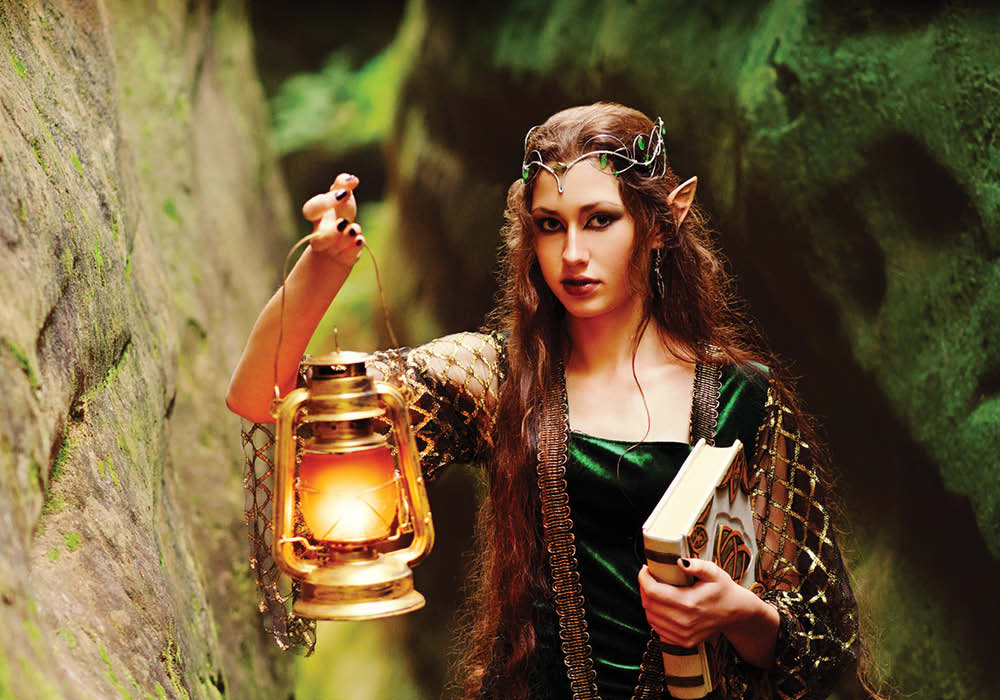 A major part of Comic-Con is cosplay. Cosplay is when people dress up in costume—replete with all the accessories, of course—as a fictional character from video games, comic books, sci-fi, and other works or fantasy worlds.Cosplay costumes tend to be very elaborate and accurate. Making your own is a point of pride ... although you can also buy them.

The word cosplay is a rendering of the Japanese kosupure, a word found in the 1980s based on the English costume play. It can be a noun or verb, and someone who participates in cosplay is called a ... cosplayer.Cosplay has become increasingly popular since the 1980s. Many comic-cons feature a cosplay contest where awards are given out for the best costumes.

WATCH: "Cosplay": It's Not Just For Halloween 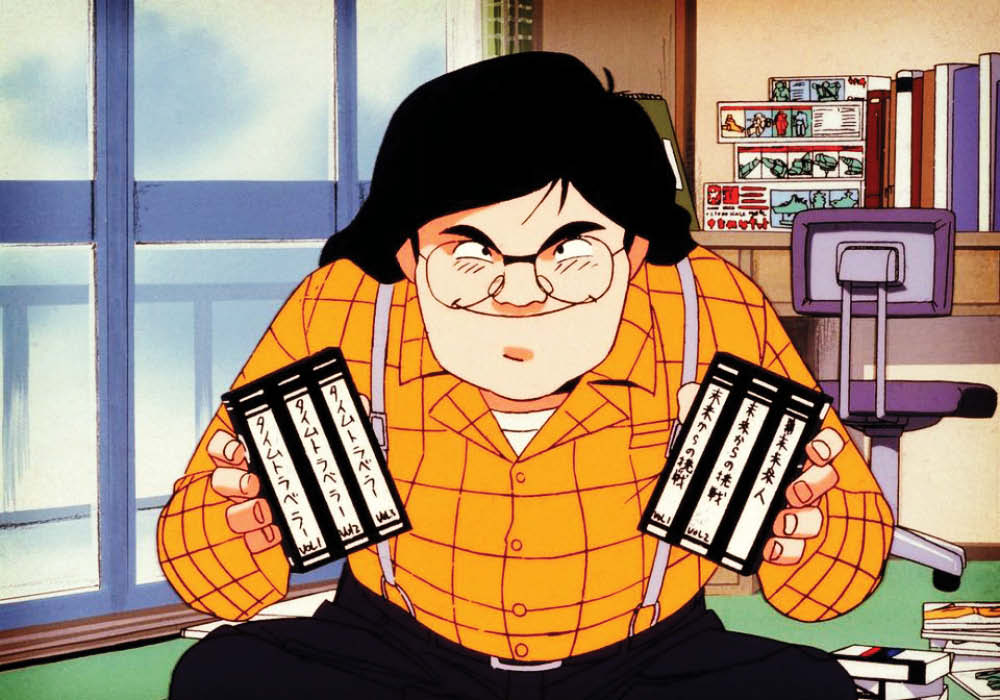 Of the many kind of people you'll see at Comic-Con, expect some otaku. Otaku is a Japanese slang word roughly meaning “geek” or “nerd," and refers to a person who is obsessed with manga, anime, and other forms of Japanese or East Asian popular culture.

Japan in the 1970s and 1980s saw the rapid growth of both manga and anime art forms—manga referring to Japanese comics, and anime to the animated equivalent—and the rise of a devoted following. These industries gave rise to clubs, gatherings, and massive fan conventions. Their fans started addressing each other as otaku, an honorific form of “you" in Japanese, to convey their shared passion for anime and manga.

As Japanese popular culture migrated to the United States and Europe, with legions of manga fans holding their own anime conventions in Western countries, the word otaku migrated with it, spreading in the early 2000s. Its meaning and connotation has shifted, however.

In Western cultures, otaku is far less derisive, more closely resembling its original use among anime and manga fans. It also broadened beyond Japanese anime and manga to refer to fans of other East Asian popular culture such as South Korean soap operas. Many American anime fans, for instance, proudly self-identify as otaku with pride, sporting t-shirts expressing themselves as such. There's even Otakon, a yearly anime convention in Baltimore, and such fan websites as Otaku Central. 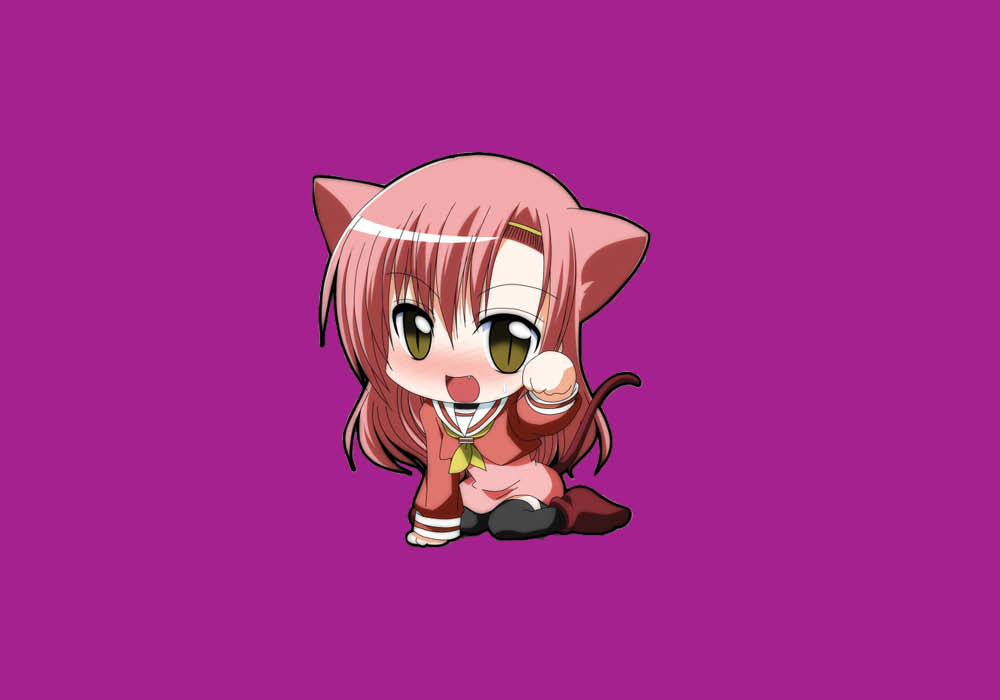 One form of anime, manga, or cosplay that shows up at Comic-Con is chibi. Chibi describes an art style common in anime featuring characters with large heads, large eyes, and small bodies.

In Japanese, chibi can refer to a “small person (with dwarfism),” “small animal (runt),” or, with affection or annoyance, a “small child (pipsqueak)” according to the online Japanese dictionary Jisho.

Thanks to its connotations of smallness and cuteness, the word chibi is also used describe a certain type of anime character. This style, also known as super-deformed or SD, features highly exaggerated childlike proportions, with heads sometimes as much as four times the size of the bodies. The style is often used in anime to emphasize changes in mood or call attention to the punchline of a joke. 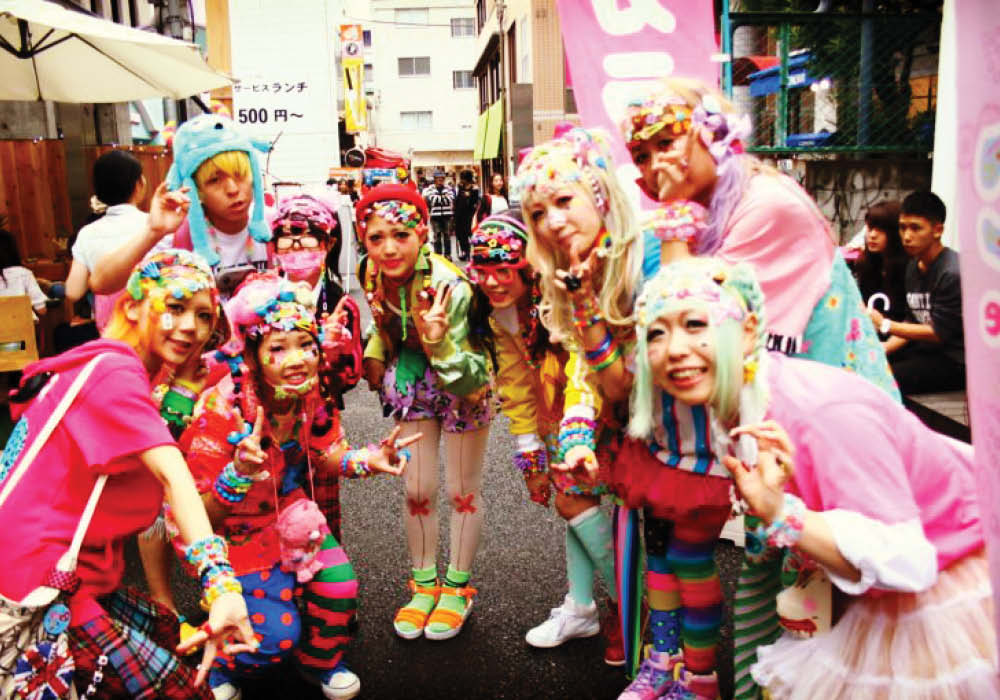 Another style you'll see at Comic-Con is known as Harajuku. Harajuku is an area of Tokyo famous for its youth culture and street fashion.

High-end fashion designers set up shops in Harajuku, and by the 1970s, it was a popular destination for shopping, particularly after the Laforet mall opened in the district in 1978. In the 1980s, it became yet more popular when the roads were closed to vehicle traffic on Sundays, opening up the area for young people to hang out and for artists to perform.

By the 1990s, Harajuku had come to represent more than a geographical location. It stood for changing fashion trends and an ever-shifting exploration of new styles. Harajuku fashion doesn’t represent one single style, but rather a certain creative, theatrical flair that can incorporate many styles and embraces freedom of expression.

Common street styles associated with Harajuku are Lolita (a doll-like look inspired by Victorian children), Decora (a style that emphasizes bright clothes), and Gyaru (a look based on an exaggeration of fashions associated with American teenagers). 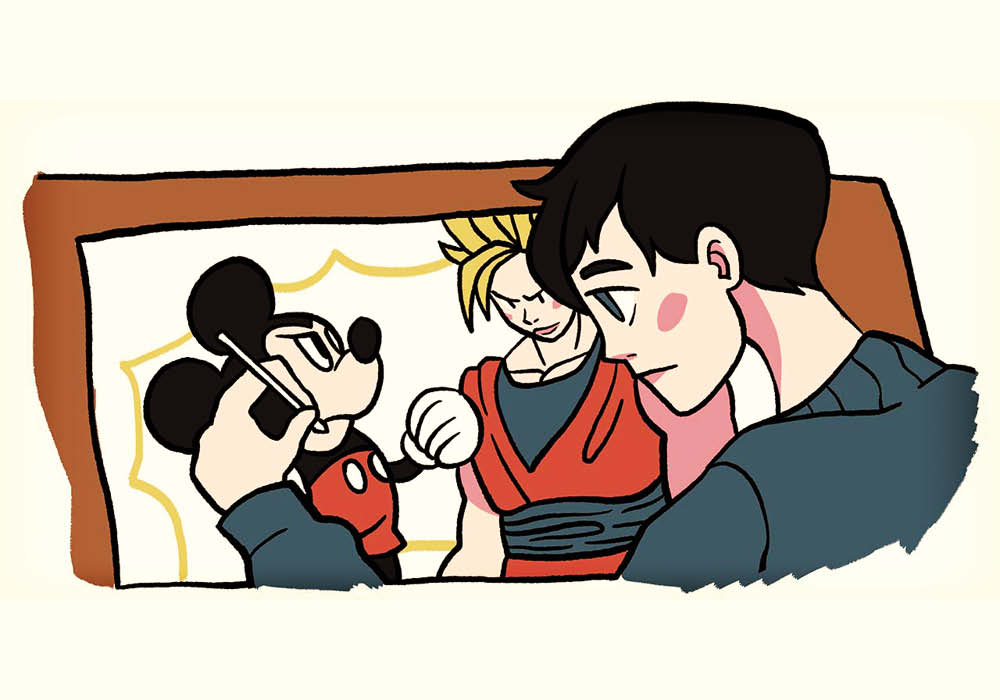 Fanfiction and fanzines—self-published comics and writing—are a big part of the anime and manga scene. These "amateur" stories are known as doujinshi or dojinshi. While you might buy doujinshi at Comic-Con, doujinshi also have their own conventions—the largest of which is Comiket in Tokyo.

The word doujinshi is a combination of the Japanese dojin, referring to a person or group of people who share a common goal or interest, and shi, which refers to publications. While doujinshi have been around since the late 1800s, the modern form of fanfiction or fanzines dates to the 1980s.

In the West, doujinshi is often .... pornographic, featuring popular anime and manga characters. Be careful!

Some forms of doujinshi show another popular type of character you might see at Comic-Con: furries ... 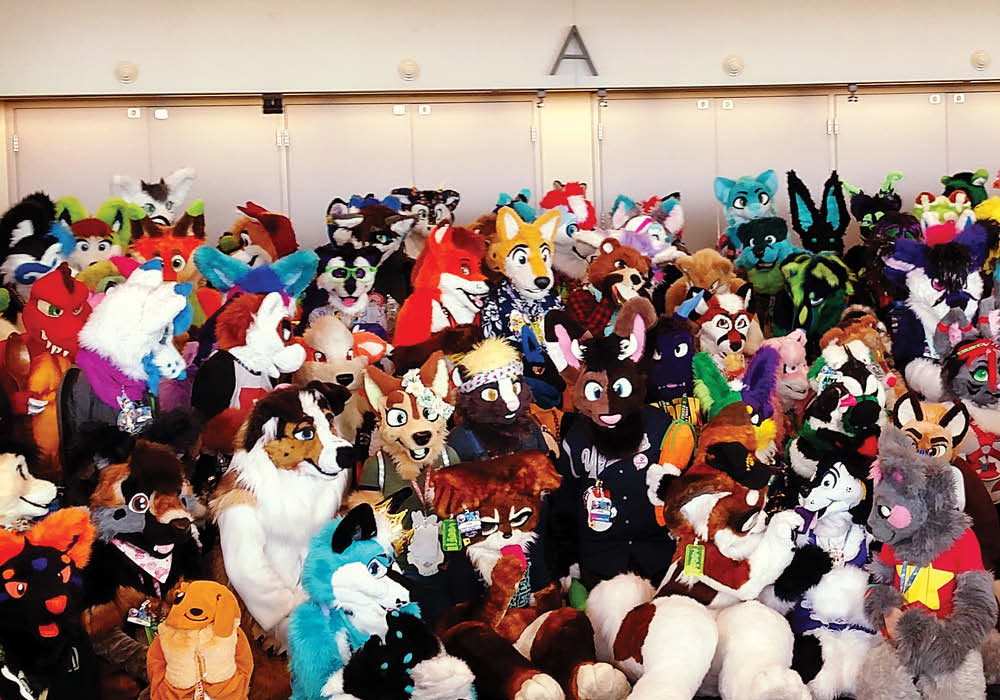 Furries are fans of anthropomorphic animals. (Anthropomorphic animals have human characteristics; a mascot is an everyday example.) Furries are part of the greater furry fandom. Besides referring to fans of anthropomorphic characters, furries are also the characters themselves.Furry (a word dating back to the late 1980s) is first and foremost a label of self-identification with the furry fandom at large.Furries are focused on creativity, culture, and a collective community centered around their love for "anthro," as it's called, characters—dressing up as them in intricate costumes and creating fanart about their characters. In fact, much of furry culture exists solely in the collective imagination of the fandom, as individual furries enjoy creating their own original anthropomorphic characters.

These characters might be based on a wide variety of creatures. They include real animals like foxes, as well as animal hybrids, or completely new species. Some of these characters are called fursonas (a blend of fur and persona). They’re meant to represent who a person would be if they were an animal.

Unfortunately, furries have also received a bad reputation in the past due to their portrayal by TV and media as sexual deviants and fetishists. While a sexual aspect does exist in the fandom, it tends to be overly sensationalized and misrepresents the core values of what the fandom is about, which is community, having fun, and creativity. 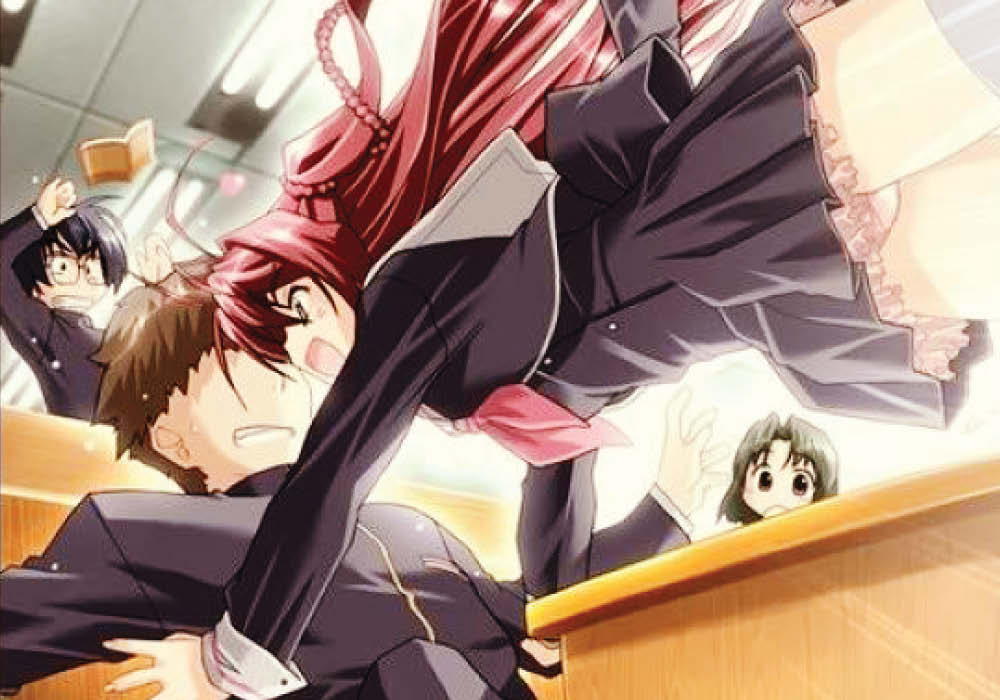 Even if you're excited to see your favorite characters at Comic-Con, refrain from glomping them.

A glomp is a lunging, enthusiastic, over-the-top, and potentially dangerous hug that often begins with a running start, like a tackle. Glomping is a nightmare for cosplayers—besides the obvious annoying invasion of personal space, it can result in crushed costumes and ruined looks.

(Anime voice actor Greg Ayres is said to have once been glomped by a fan at the top of a flight of stairs while attending a convention, causing both glomp-er and glomp-ee to plummet down the stairway. This seems to be why many conventions ban glomping.)Glomping was a trope in comics and animation long before it was called glomping. For example, in the 1980–90s strip Calvin and Hobbes, Hobbes often glomps Calvin when he returns home from school.

There are several theories about where glomp came from, including that it’s a blend of glom (onto) and jump. Others attempt backronyms, such as Great Leap Of Monstrous Proportions. Viz Media’s use of glomp as a sound effect, though, suggests glomp is likely just onomatopoeia. 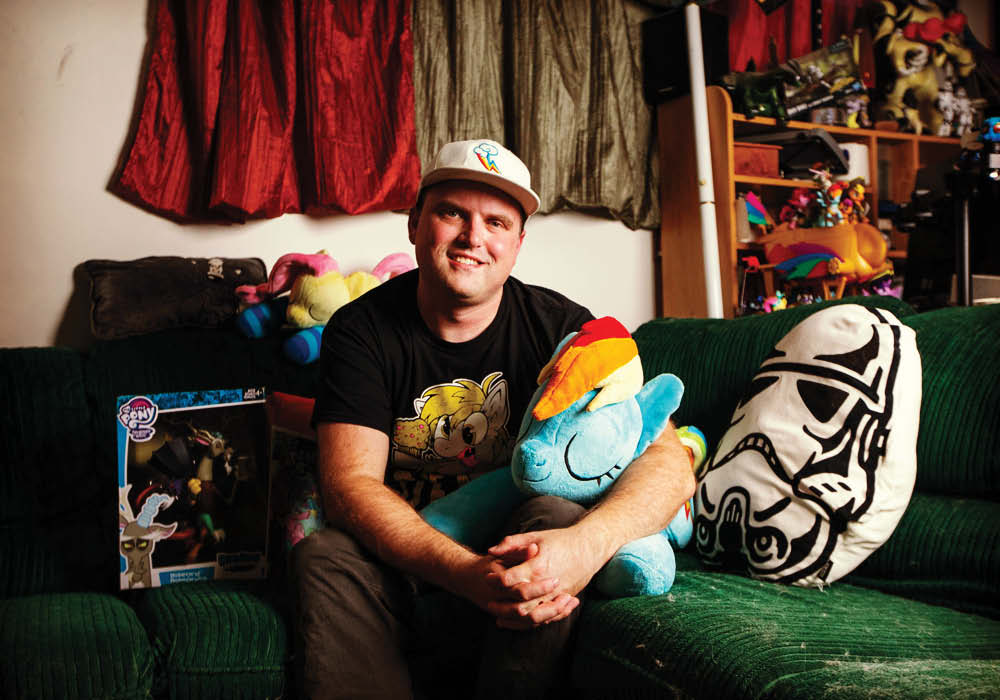 Another fandom that shows up at Comic-Con are the bronies. A brony (blend of bro and pony) is a male fan of the television series My Little Pony: Friendship is Magic, and member of the brony fandom.

While its coinage is attributed to 4chan users, it’s unclear who on 4chan was the originator. Google Trends interest spiked in July 2012, the same month over 4,000 fans gathered in New Jersey for the second annual BronyCon. In November 2012, a documentary called Bronies: The Extremely Unexpected Adult Fans of My Little Pony was released.

As bronies gained attention and the word became more widespread, so did their fandom. While the technical meaning of brony has remained the same, the larger connotation of brony fandom definitely evolved ... including into cartoon erotica. 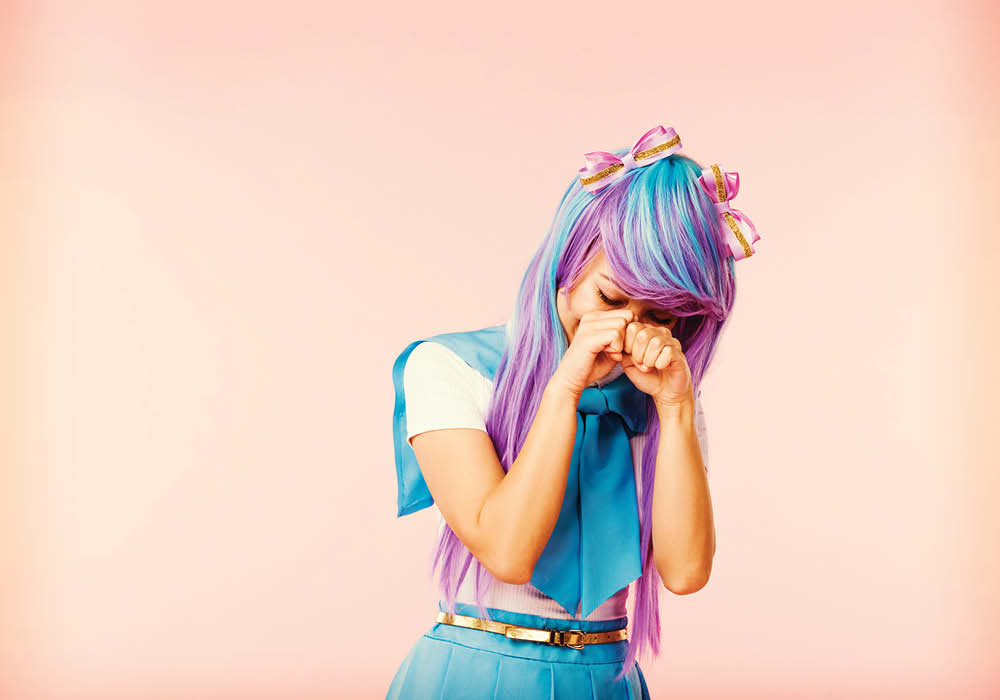 After Comic-Con is over, you might experience some PCD, or Post-Con Depression.

Comic-Con is, for many fans, a powerful, intense experience where they have the opportunity to connect with people who share their passion for comics, superheroes, anime and manga, and the like. When all that's over and you go back to your normal life where people don't dress in fun costumes or know all your favorite trivia ... it can be a bit of a bummer.

The first entry for a "post-con depression" on Urban Dictionary dates to 2007. Since then, PCD has become a common expression on Comic-Con in online message boards, where users commiserate—and plan for future cons.

Now Playing: "Cosplay": It's Not Just For Halloween