What does dick appointment mean?

Dick appointment is a slang term for arranging a time to have sex with a man. Deeper, emotional connections are left at the door; dick appointments are about a woman getting laid.

Where does dick appointment come from? 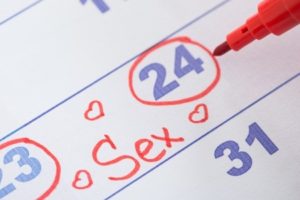 In our busy lives, we can forget the important things, namely when to get it on with the hot guy we met at the bar. A dick appointment solves that problem by setting aside a specific time (appointment) to have sex with him. The dick, if you need us to spell it out, stands in for the sex.

A quick search on Twitter shows that dick appointment was used on the site since late 2010. Contributing to its spread was an Urban Dictionary entry in 2012 and a few songs that used it in lyrics. Singer Dreezy’s 2016 song “See What You On” proclaims in a verse: “Go tell the world like Tom Joyner / I pull up on you on the weekend / I never miss a dick appointment.”

One makeup tutorial by YouTuber Sarah Cheung in February 2018 spurred other creators to make dick appointment tutorials. The makeup usually consist of a light foundation and peachy tones for a natural look that won’t get messy after said dick appointment.

The video itself, as well as the inevitable Tweets about it, went viral, prompting celebration and condemnation alike of dick appointments.

Imma husband not a boyfriend, not a paycheck, not a dick appointment, nunna dat 🤣

How y’all conduct dick appointments? Do y’all get straight to it as soon as the nigga get passed the door? Do y’all eat first? Do y’all pop in a movie?
@STOPFLEXIN, November 2018
The internet is full of weird and wonderful content, but the ‘dick appointment make-up tutorial’ ranks highlight on the list of things I a) never knew I needed and b) am completely obsessed with. Created by sex-positive YouTube beauty bloggers, these handy and often hilarious videos teach us how to nail a look that’s glamorous, low-maintenance and, most importantly, won’t slide off your face while you’re being dicked down.
Jake Hall, Dazed, November 2018 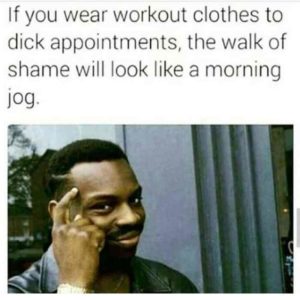 The phrase is mostly used by women, gay men, and others that are attracted to men–or, more specifically, attracted to the D. It’s like the phrase booty call with a female/gay bent.

Chicago Gays stepping out into the snow storm to get to their dick appointments pic.twitter.com/j2qYaoGdmC

As noted, dick appointments are a popular, if niche, type of makeup tutorial on YouTube.

me after doing my hair and makeup for an 11pm dick appointment https://t.co/KLjwSD2ndq

Dick appointment is best used in a tone that’s half-joking. It’s perfect for recounting a bad (or great!) sexual experience to a friend, e.g. OMG, I have to tell you about my dick appointment the other night) or cracking a joke about modern romance on social media.

How the group chat sends strength and hoe power when a member is on the way to a dick appointment pic.twitter.com/kux6PwAv5o

This is not meant to be a formal definition of dick appointment like most terms we define on Dictionary.com, but is rather an informal word summary that hopefully touches upon the key aspects of the meaning and usage of dick appointment that will help our users expand their word mastery.