But that makes a lot of sense. From the pandemic to protests to politics, our language is still catching up to the tremendous change we experienced last year—and Dictionary.com is here to document it all.

Our tireless team of lexicographers have touched over 7,600 entries, including:

Prominent themes in this update are COVID-19, technology, racial justice, identity, politics—and dogs. Yes, even the dictionary needs a dose of doggo.

The evolving vocabulary of Covid and Zoom

We continue our lexical coverage of the COVID-19 pandemic, from technical jargon the pandemic elevated to terms for new social behaviors it introduced.

Technical updates include revised definitions at acute respiratory distress syndrome (ARDS for short) and variants and strains, owing to new forms of the novel coronavirus. Modified social rituals like the elbow bump caught our attention, especially as the gesture evolved to include more forearm contact than the name implies.

We now offer more guidance about the spelling and capitalization of COVID-19 (e.g., usage notes on shortened forms like Covid)—an entry we added not even a year ago but that already warranted expansion.

As the pandemic persisted, the 2020 Zoom Boom vroomed into 2021. We created a new entry for Zoom itself, along with hybrid learning and blended learning. The gaming term bio break—“a trip to a restroom or bathroom, especially a pause for this during a meeting or other group activity”— made the cut after being widely adopted in response to endless hours of WFH video calls. Video telephony definitions were added or revised for mute, unmute, virtual, remote, and f2f.

The increased awareness around minoritized groups has only grown since the justice movements of 2020 captured the attention of a broader public.

Our lexicography team continues to document the evolving language related to BIPOC experiences and has revised Indigenous and First Nation identity words, from Aleut to Yupik.

Our team has also capitalized the word Indigenous, as it refers to people, for all relevant entries in our site—another major update. Similar to capitalizing Black, capitalizing Indigenous shows due respect to the identity, culture, and history of Indigenous peoples around the world.

Our respect for Indigenous peoples extends to understanding the move to change the name of Columbus Day to Indigenous Peoples’ Day.

Academic constructs, like Critical Race Theory (CRT), and concrete social justice reforms, such as Universal Basic Income (UBI), are now in the dictionary. And the distinct form reparations—previously defined as part of the singular headword reparation—has been given its own entry.

Finally, we reviewed the use of the noun slave in defining language across our entire dictionary. It is painfully clear that referring to enslaved people as slaves has the effect of dehumanizing those subjected to chattel slavery. Use of the noun slave in this way also obscures the responsibility of those who upheld and benefitted from such an institution.

Consequently, we revised more than a dozen entries to eliminate the noun slave, replacing it with the adjective enslaved or referencing the institution of slavery itself, in biographical entries, like that for Gabriel Prosser and Harriet Tubman, and in related entries like plantation or underground railroad.

Other marginalized groups and identities, newly salient to the general public, are part of this update, including enbies and neurodivergent people. Students who are twice exceptional (or 2e, for short) now have their own entry, as well:

relating to or noting a person, especially a child or student, who is considered gifted and also has a diagnosed disability, as a learner with both a high IQ and dyslexia.

Political firsts, and a first second

The last months of 2020 were also dominated by national elections in the United States. We updated our definition of vote to capture and distinguish colloquial senses of the word: “an informal expression of approval, agreement, or judgment.” A vote for pepperoni instead of mushrooms when ordering pizza with friends is, of course, very different from a vote formally cast in a presidential election.

Speaking of presidential elections, Kamala Harris achieved several historic firsts when she was elected Vice President, becoming the first woman, the first Black person, and the first person with South Asian heritage to hold the office. And her husband, Doug Emhoff, in turn became our first Second Gentleman. Dictionary.com added this new entry for the title, which can also be applied to the husband of other second-ranking government officials, including outside the US.

The past year has been rife with unprecedented news, events, and experiences. The 2020 Word of the Year reflects that perfectly. Do you know what it is?

Harris was also the subject of an expanded use of birther, a term that originated in a conspiracy theory denying President Obama’s eligibility for office, and subsequently applied more broadly to those who questioned Vice President Harris’s during her 2020 candidacy. Our dictionary now reflects this broader use.

And speaking of conspiracy theories, the tech word deepfake gained widespread currency in pop culture and political stories, meriting its entry into the dictionary. A deepfake is defined as:

a fake, digitally manipulated video or audio file produced by using deep learning, an advanced type of machine learning, and typically featuring a person’s likeness and voice in a situation that did not actually occur.

Just like many people during the pandemic lockdown, Dictionary.com has adopted some new dogs. Our lexicographers took note when we emptied the shelters, grew our four-legged families, and paused our doomscrolling to post adorable pics of our new Bernedoodles, Labradoodles, Morkies, Maltipoos, Puggles, and Yorkiepoos. A whopping 23 new dog words were added this quarter!

Finally, let’s bring it all back home—to the love of language and learning. While we often shine the spotlight on new words and definitions, much of the everyday work of a dictionary is maintaining and enhancing our existing corpus, which encompasses hundreds of thousands of entries.

As part of this upkeep, we’ve added and revised entries that, we feel, serve as reminders of the wonder of words—and how Dictionary.com is a portal to discovering them. Expand your vocabulary with some of these highlights:

But Dictionary.com is more than a dictionary—and Thesaurus.com is more than a thesaurus. While our team is committed to documenting and describing the ever-changing English language, we are also committed to providing an ever-growing number of educational resources, including Thesaurus.com’s Grammar Coach™, My Word List, and Dictionary.com Academy Tutors™. 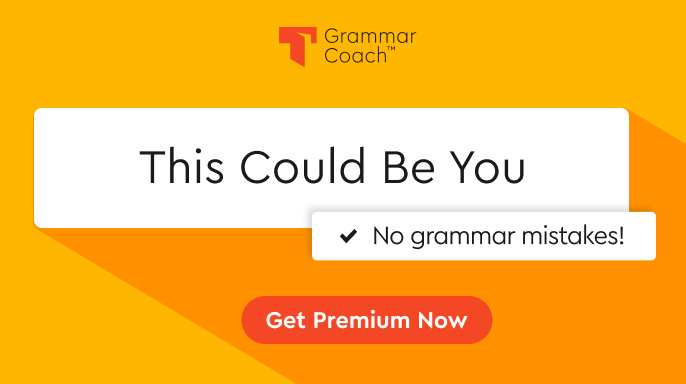