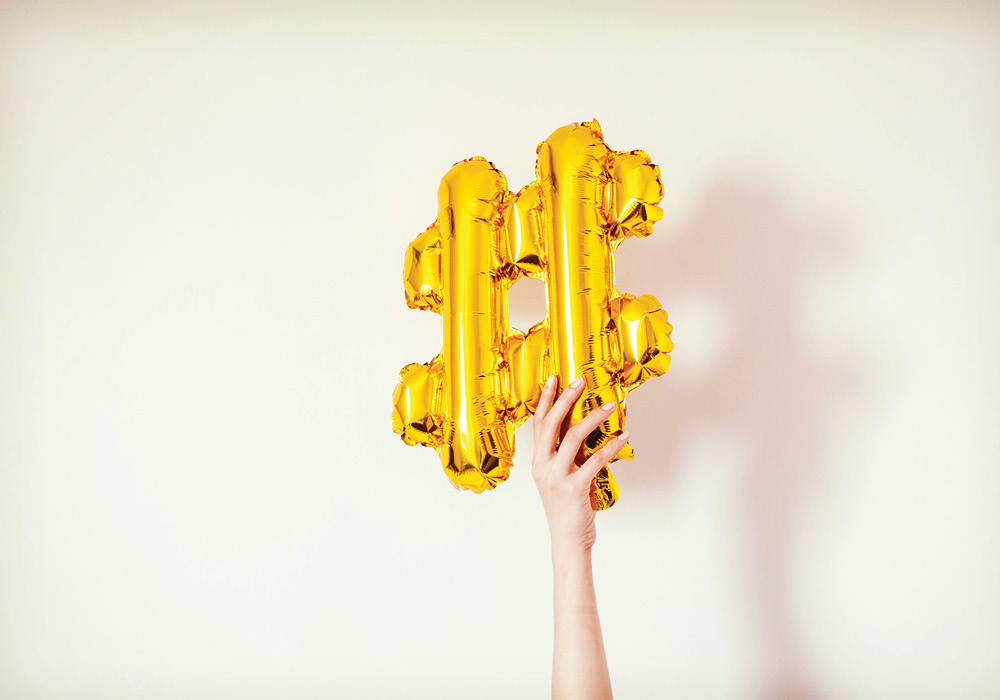 Less than two decades ago, social media was in its infancy. Sure, there were LiveJournal and MySpace, but they had nowhere near the reach and impact of contemporary platforms like Twitter and YouTube.

YouTube launched in 2005 and, just over a year later, Twitter began. As of 2019, every day over 500 million tweets are sent on Twitter and over 5 billion—yes, billion—videos are watched on YouTube. That's a lot of cat videos.

These sites have transformed the internet—and our lives as we know them, including our language. So, get internet-savvy with these words and expressions born from our new, digital normal. 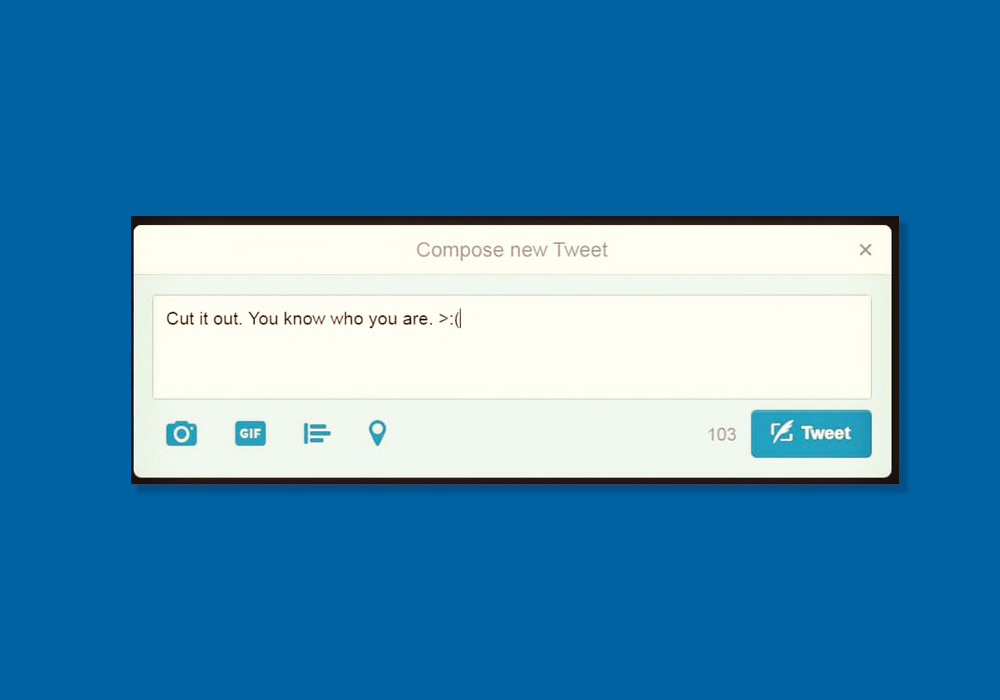 You've probably heard of tweets. These are the messages sent out on Twitter. But tweets have an evil twin, you might say: subtweets. A subtweet is "a negative post, especially on Twitter, targeting a certain person without directly mentioning them or their username."

A blend of subliminal and tweet, the term subtweet emerges on Twitter in 2009. An early instance, and illustration of the social-media practice, comes from @Chelsea_x_Rae that year: “I hate when I see people who dnt txt [sic] or call me or even tweet me anymore make general tweets. ... Yes that was a SubTweet.”

As this tweeter makes clear, the subject of a subtweet shouldn’t know it’s about them, as subtweeting is the internet equivalent of talking behind someone’s back (hence, subliminal tweet). A subtweet is usually sent when someone wants to avoid confrontation with the subject but still wants to complain about them. 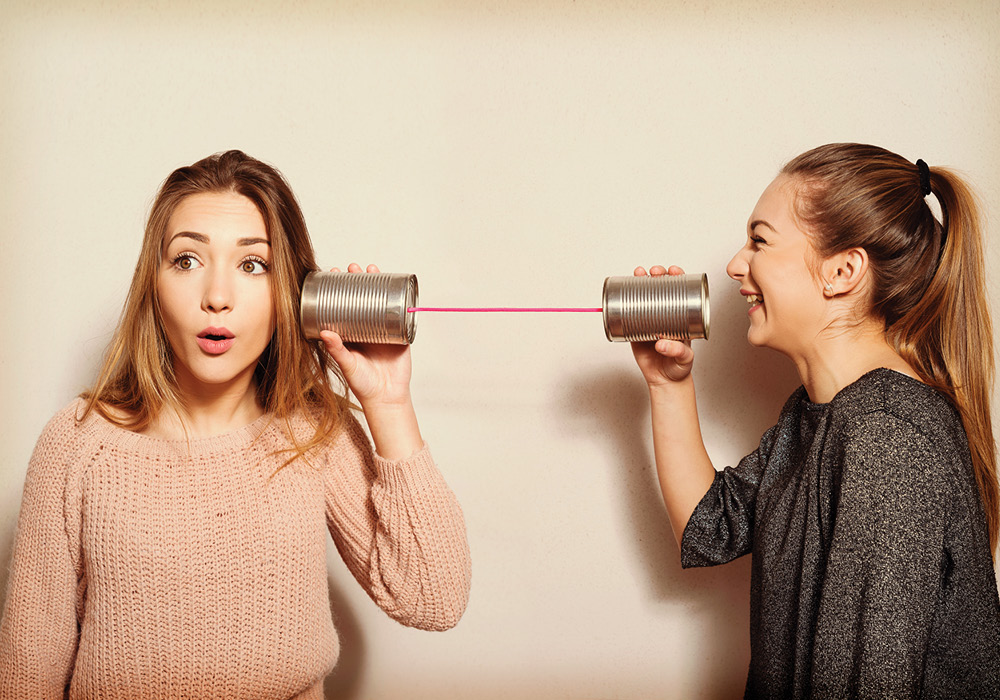 If subtweets are passive aggressive, snitch-tagging is active-aggressive. Snitch-tagging is "the act of tagging the subject of a negative post about them, especially on Twitter, that they weren't already tagged in."

Let’s say you're talking trash, throwing shade, or otherwise subtweeting someone on Twitter. Snitch-tagging happens when another person then responds to your post tagging that person. This effectively snitches on you and airs your shady comment, as if to say, “Hey, this dude is talking about you behind your back!” Ouch. 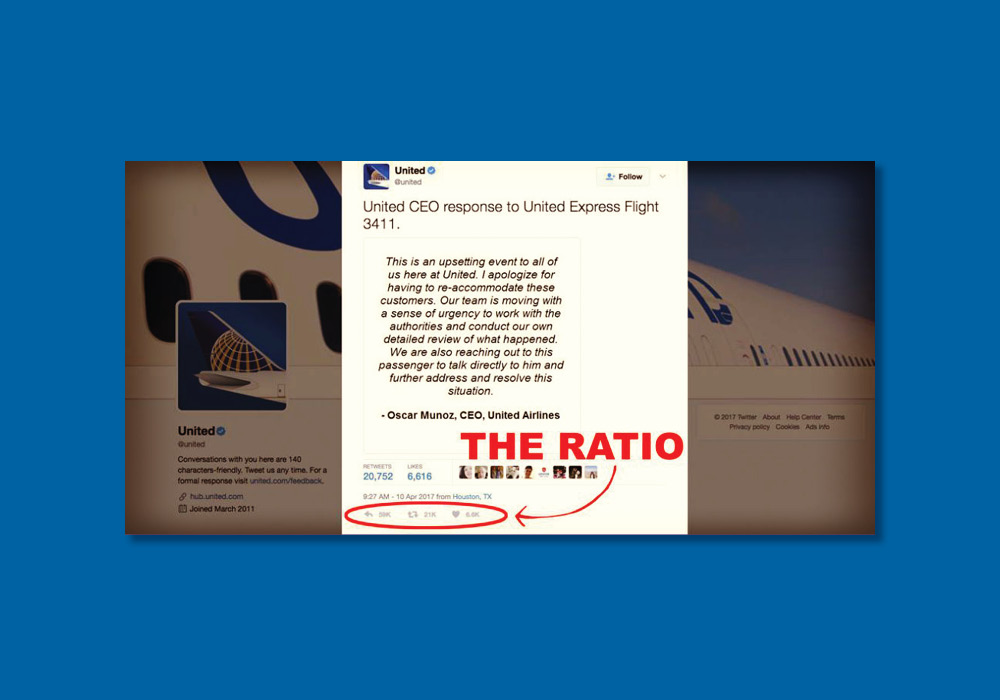 Let's talk about ratios. No, not the kind you find out about in math class. We're talking about the kind on social media, particularly Twitter.

On Twitter, a ratio, or getting ratioed, is when replies to a tweet vastly outnumber likes or retweets. This means people are objecting to the tweet and considering its content bad. This idea, here, is that expressing approval of something on Twitter is easy: you simply like or retweet the comment. It takes more effort, however, to leave a negative comment, so, if lots of people do so, then it must be a sign the tweet has really stepped in it and is not being well received.

While it started on Twitter and is most commonly found there, users’ posts can be ratioed on nearly any social media platform, including Reddit and Instagram. 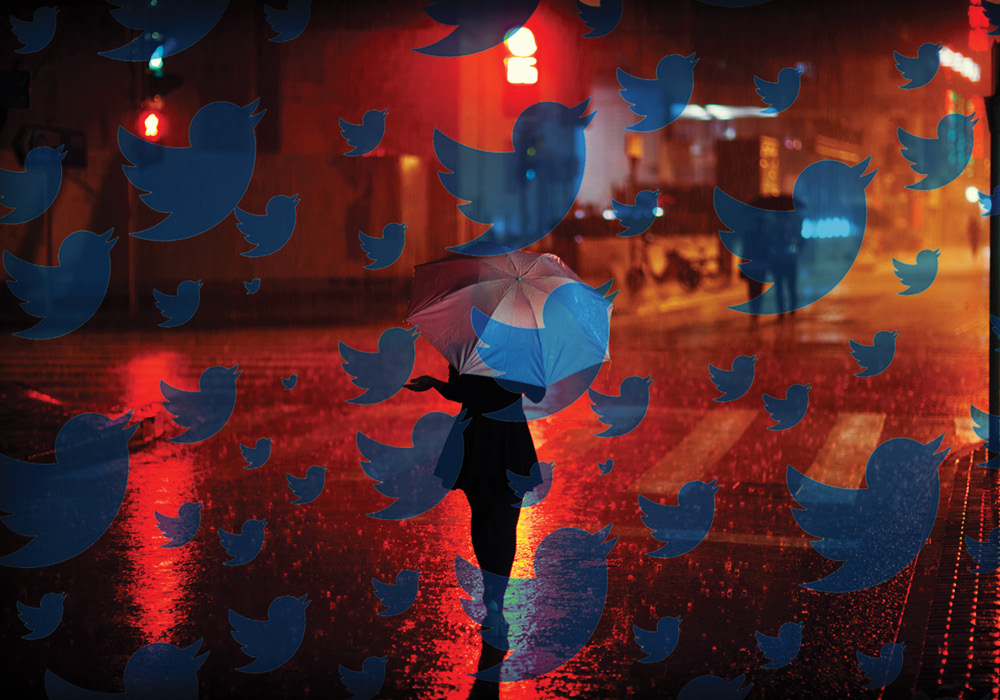 As its name suggests, a Twitterstorm erupts like a storm on the social media network Twitter. The word storm also suggests the spontaneous, unpredictable flurry of activity and interest around a topic, which can feel chaotic and be damaging to persons or brands at the center of the metaphorical storm.Twitterstorms often begin when one user tweets in anger about a subject, often triggered by a controversial or insensitive comment by a brand or politician. The response mushrooms into broader outrage on the site as the message gets retweeted and quoted, often catching the attention of media outlets and users with larger numbers of following.

Sometimes Twitterstorm is used to describe a rapid series of tweets posted by a single person in a short timeframe, particularly if these tweets are angry in tone. However, these series—where a user threads together a series of tweets to discuss a topic at greater length than Twitter’s 280-character limit allows—are more commonly called tweetstorms. 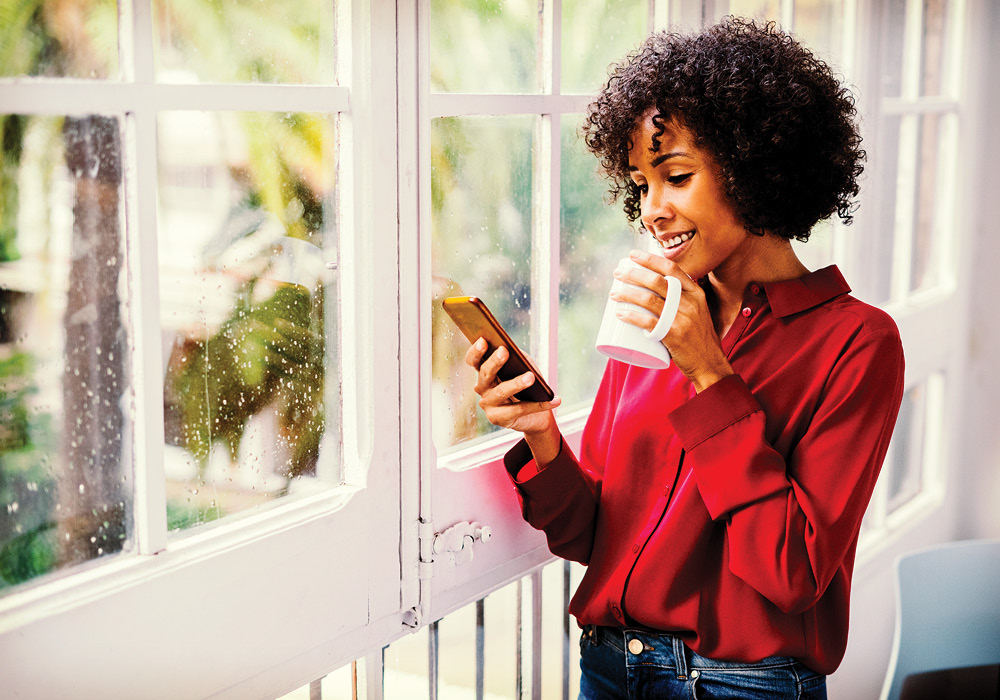 Twitter gets a bad rap for being a contentious place, full of negativity. But if there's one good thing about it, it's that it allows people to come together and share stories about their experiences. That's the case with Black Twitter.Black Twitter is "the collective identity of black users on Twitter." In a sense, Black Twitter is a digital community that allows black people to connect and bond over what it means to be black. This includes both the lighthearted and the grim aspects. The focus tends to be reflective of black Americans’ experience, though not exclusively.

People often mention how multipurpose Black Twitter is. The community offers a supportive culture where members can discuss topics, such as institutionalized racism, problematic people, racist messaging, as well as lighter topics like pop culture, movies, and memes. Perhaps most importantly, it offers immersion in a black community where one’s concerns or perspectives are validated. 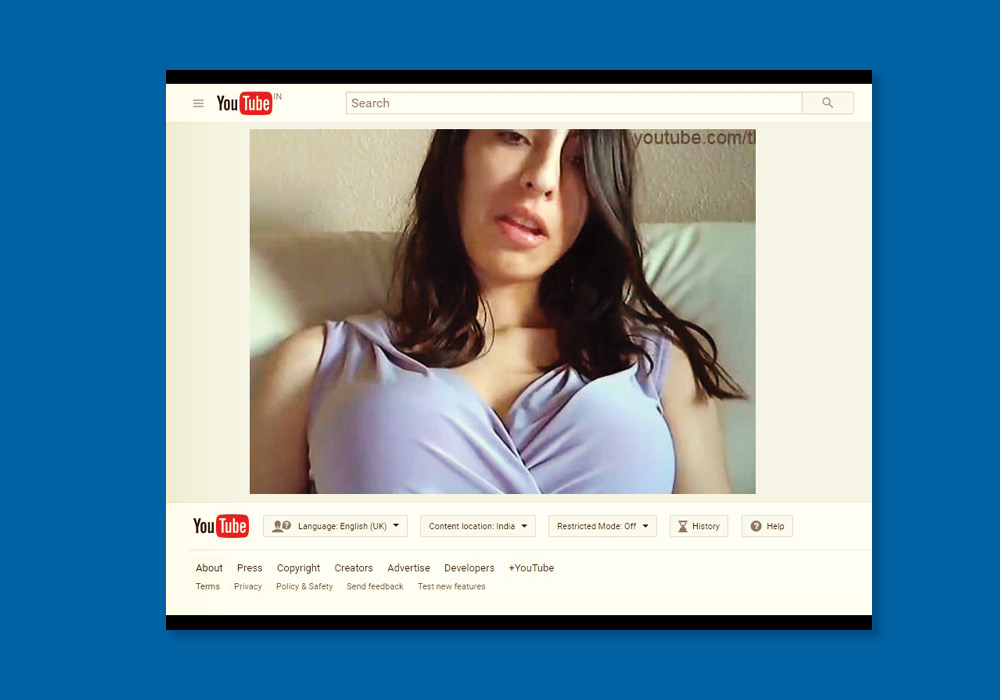 We've gone over a lot of Twitter terminology. But, YouTube has its own set of sayings and expressions, too.

One insider term is the somewhat saucy reply girls. In the early 2010s, reply girls were a type of female YouTube user who, by exploiting the video platforms's algorithm and using sexually suggestive thumbnails for videos, earned enough views on their channels to monetize their content. The reply girl craze began on July 18, 2011 with the uploading of a series of videos by Alejandra Gaitan on her YouTube channel thereplygirl, hence the name.

Given that reply girl videos have for the most part disappeared from YouTube following its 2012 algorithm change, the term has for the most part also retreated from internet culture. However, reply girl is still occasionally mentioned in discussing YouTube’s handling (or mishandling) of the reply girl phenomenon. Others may allude to reply girls as a joke about getting rich quick. 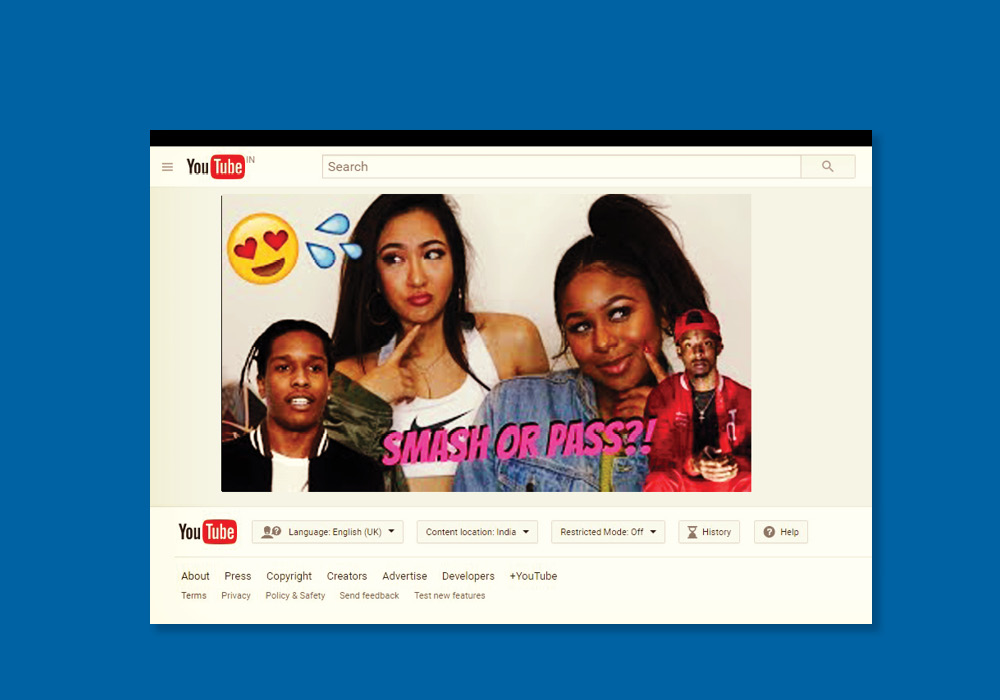 Another sexualized phenomenon on YouTube is Smash or Pass. Smash or Pass is "a game in which participants vote on whether they would smash (hook up with) or pass (not hook up with) another person (e.g., celebrity, stranger) based on a picture or video of them." Ugh, internet culture.

The game slowly picked up speed online throughout the 2010s before exploding in popularity when YouTube personalities such as PewDiePie got involved beginning in December 2016. By January and February 2017, Google lookups for smash or pass had hit their all-time high.Smash or Pass videos, in which a few commentators flip through galleries of images and discuss whether they would Smash or Pass, are plastered all over YouTube. Some videos are broad-ranging, while others focus on particular subjects, such as popular YouTube creators, A-list celebrities, or professional athletes.

Don’t think Smash or Pass is all about sex, though. As the game’s popularity expanded, so did its range of subject matter. From food to cartoon characters, anything can be metaphorically smashed or passed with varying levels of seriousness. 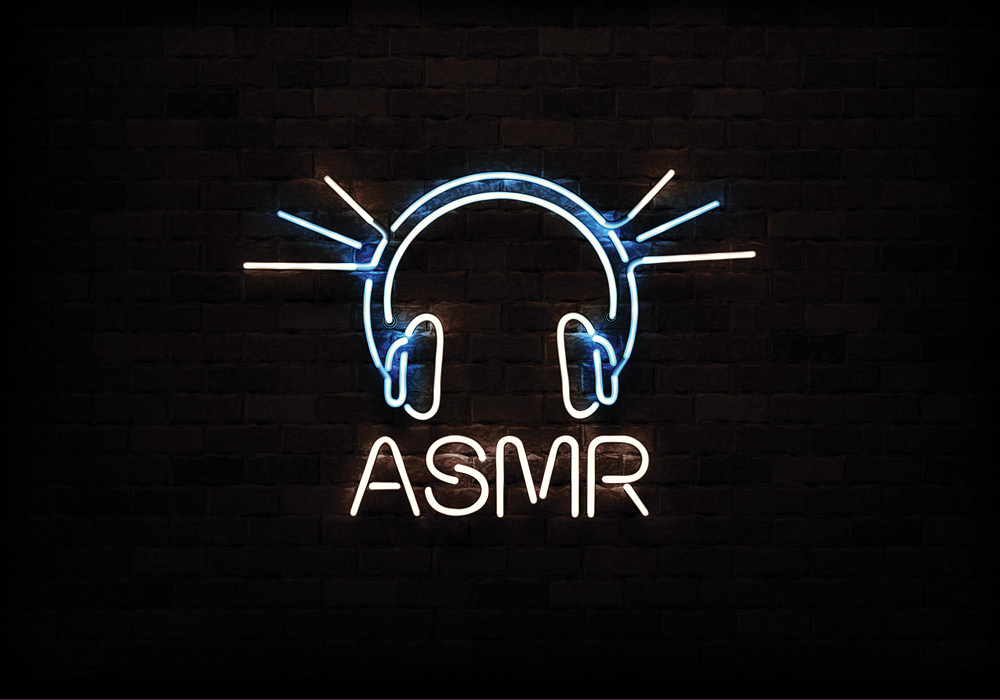 Maybe you've heard of ASMR and wondered what it stands for. Well, here you go: ASMR stands for autonomous sensory meridian response, a term for "a calming, pleasurable feeling often accompanied by a tingling sensation."

The tingle is said to originate in a person’s head and spread to the spine (and sometimes the limbs) in response to stimulation. The stimuli that trigger ASMR vary from person to person. Some of the most common ones include whispers, white noise, lip smacking, having a person’s complete attention (as in having one’s hair cut by a hairdresser), as well as brushing, chewing, tapping, scratching, and crinkling.ASMR videos are all over YouTube. An example might be “ASMR Calligraphy Sounds” or “Gentle Head Massage and Shampoo ASMR / Soft Spoken / Binaural.” People also use the term to discuss their individual ASMR experiences. A person who creates ASMR content is called an ASMRtist, which is a portmanteau of ASMR and artist, of course. 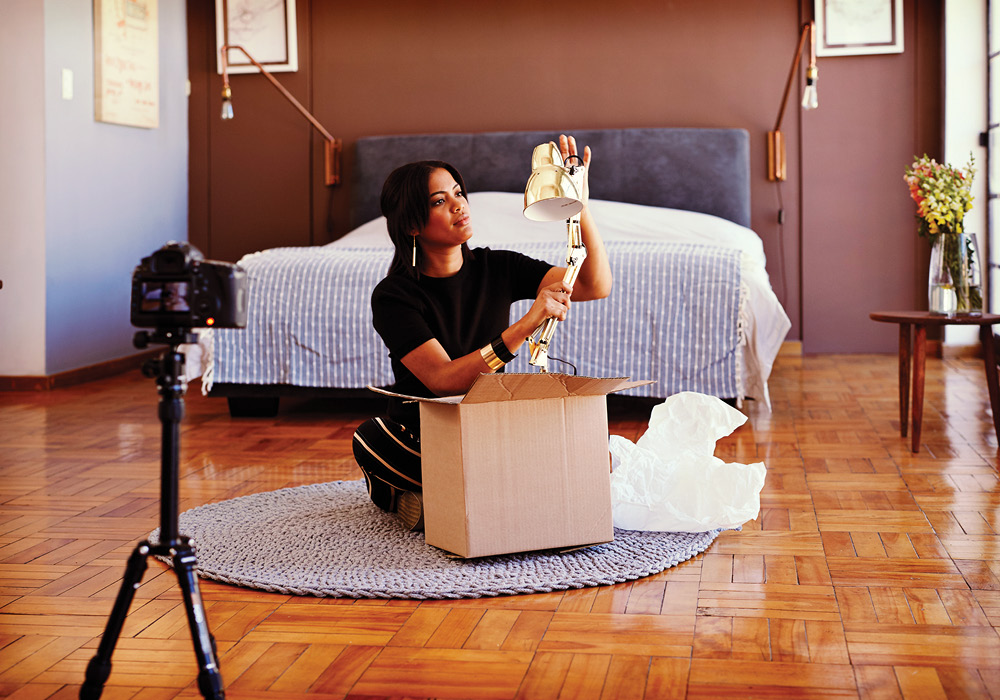 Besides ASMR videos, another surprising genre on YouTube is unboxing videos. Unboxing is "the act of documenting oneself, mostly on video, of opening a packaged product from a box and displaying, reviewing, and showing off its contents."Unboxing videos, which typically feature unboxing [the featured object] in their titles, have only gotten more popular as YouTube has become such a giant of internet video. Many channels are dedicated exclusively to unboxing everything from toys to makeup, and some unboxing videos have earned more than 250 million views.Unboxing videos are so much a part of YouTube that internet celebrity PewDiePie celebrated being the first (and, at the time, only) YouTuber to reach 50 million subscribers with an unboxing video of his custom YouTube Play Button.

People gonna people, but we get the appeal. Unboxing is almost like you get to open the items yourself. 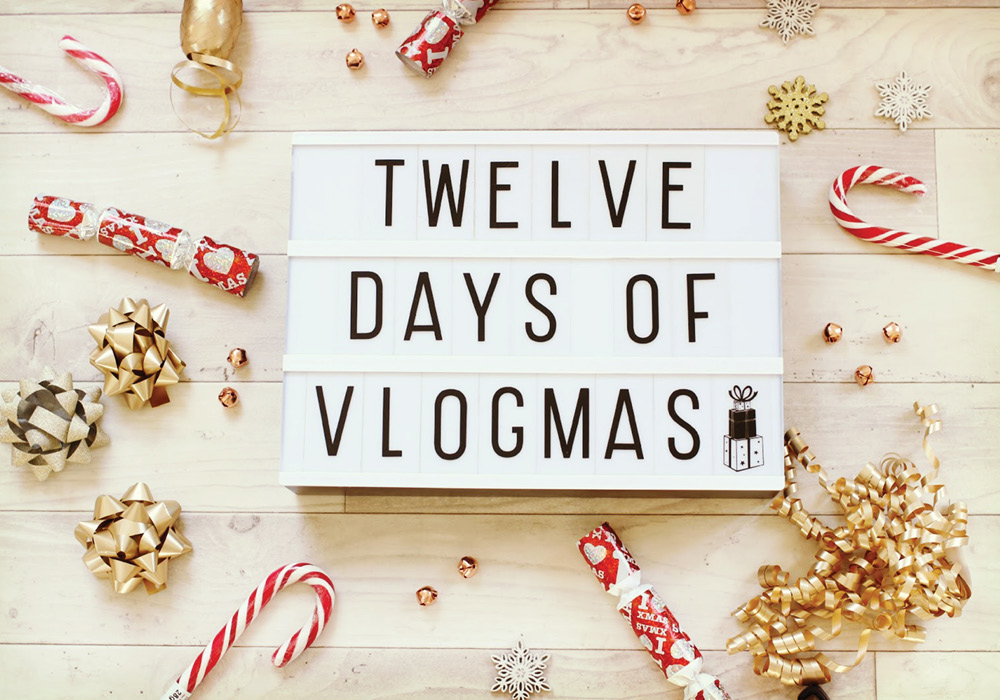 Speaking of opening packages, some people look forward to December because they love Christmas, Hanukkah, or Kwanza. Others look forward to it for Vlogmas.Vlogmas is a tradition among YouTubers to vlog, or video-blog, every day in December until Christmas (December 25). Vlogmas is a blend of the words vlog, a video version of a blog, and Christmas, the December 25th holiday where Christians celebrate the birth of Jesus Christ and, more secularly, people honor Santa Claus.

Like Christmas, Vlogmas planning begins even before Thanksgiving. This leads to vloggers typically take a Christmas angle on their normal content during Vlogmas. Merry merry. 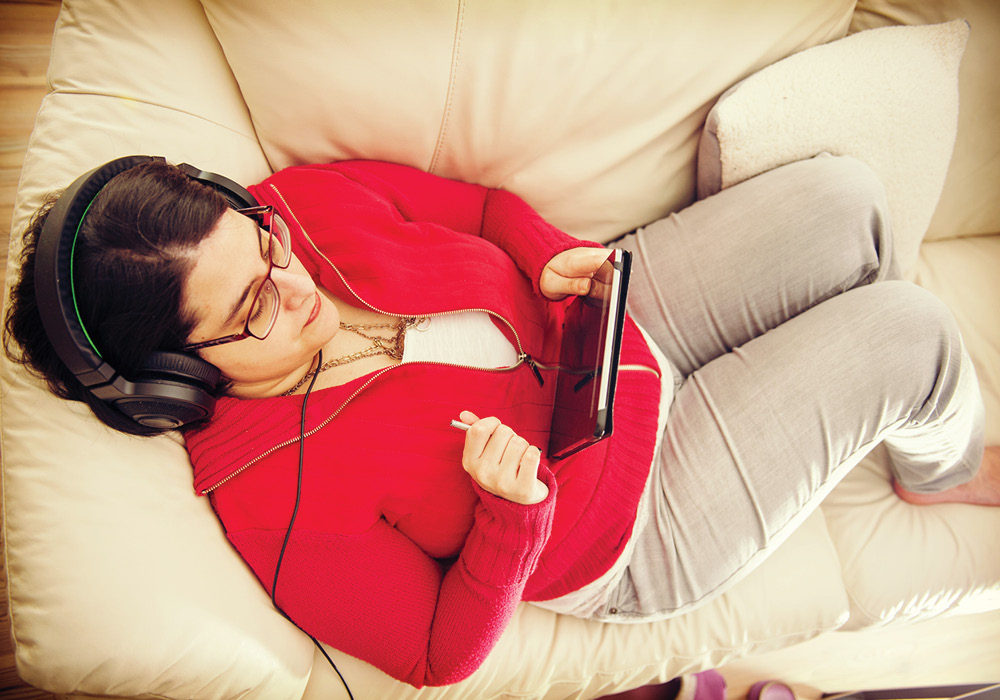 There are all kinds of (unofficial) Rules of the Internet. Apparently, there are Rules of YouTube, too. One of those is the so-called Wadsworth Constant.The Wadsworth Constant is "the idea (and 2011 meme) that one can safely skip past the first 30 percent of any YouTube video without missing any important content." Wadsworth is taken from the username of a Redditor who first formulated the constant, a term which riffs on a constant in physics.

Reddit is the spiritual home to the Wadsworth Constant. There’s even an entire subreddit, r/wadsworth, devoted to it. Programmers love to play with the Wadsworth Constant too. The coding platform GitHub is awash in bots, browser extensions, and scripts to automate skipping the first third of just about anything.

We know that attention can be short and time precious in the digital age. So, thanks for not applying the Wadsworth Constant to this slideshow.