Since ancient times, humans have tried to divine the future by reading the stars and planets. This practice is known as astrology, from the ancient Greek word ástron, meaning "star, constellation," and -(o)logy, meaning "the study of."

The concept of the zodiac, rooted in the Greek for "animal" and related to zoo, is ancient too. It is "an imaginary belt of the heavens, extending about 8° on each side of the ecliptic, within which are the apparent paths of the sun, moon, and principal planets. It contains 12 constellations and hence 12 divisions called signs of the zodiac." Each sign has its own symbol (taken from what the ancients likened the constellation to), such as Scorpio ♏ (October 24–November 21).

Put simply, being born at different dates of the year means the sun is at different points along the imaginary belt corresponding to different constellations and their signs. Astrology maintains the sign you're born under influences your character and personality.

The 12 zodiac signs—and 13, if you include Ophiuchus—got a modern upgrade when they were included as computer characters under Unicode in 1993 and organized under its Emoji 1.0 in 2015. Let's see where these symbols come from, what they mean, and how your fate is—allegedly—written in the stars.

If you were born between March 21–April 19, you are an Aries, ♈. According to astrology, people born under this sign are creative, independent, and energetic.

People born between April 20–May 20 are considered to be Tauruses, ♉. People born under this sign are said to be loyal and dependable, but sometimes with a bit of a temper when provoked—much like an actual bull.

The Taurus constellation is one of the oldest identified constellations. Dating back to at least 5000 b.c. and maybe even earlier, Taurus has been identified with the image of the bull throughout the world and in many different traditions.

Taurus comes from the Latin word for "bull" or "steer." Accordingly, the Taurus symbol stylizes a bull with horns.

Those born between May 21–June 21 are born under the sign of Gemini, ♊. While Gemini are often maligned for being two-faced, they are also known for being adaptable, outgoing, and social.

In ancient Greek and Roman mythology, the Gemini twins are Castor and Pollux. Depending on the tale, they are sometimes both mortal, and sometimes Pollox is described as immortal. Castor and Pollux, together known as the Dioscuri, were portrayed as excellent horsemen, brave fighters, and generally helpful guys to have around.

Castor and Pollux are also the names of the brightest stars in the Gemini constellation. The name Gemini comes from the Latin gemini, meaning "twins." The twin-ness of Gemini is shown in the zodiac symbol, which looks a lot like the Roman numeral for 2 (II).

Cancerians, born between June 22–July 22, are thought to be private, sensitive, and nurturing.

Cancer is Latin for "crab," which is what this symbol of the zodiac, ♋, is represented as today, although some medieval representations of the actual constellation portray it more as a lobster or crayfish. The glyph for Cancer is said to represent the two pinching claws of a crab.

The constellation we call Cancer has been identified since ancient times. The ancient Egyptians thought of it as a scarab (beetle), while the Babylonians considered it a turtle or tortoise.

People born between July 23–August 23 are called Leos, ♌. According to astronomers, Leos have royal traits: they are natural leaders and loyal friends, but they are also known for their pride and ego.

In mythology, Leo was associated with the Nemean Lion that the Greek hero Heracles (Romans knew him as Hercules) slew during his 12 labors. Accordingly, the name for the sign comes from the Latin word for "lion." The symbol for Leo in astronomy is thought to show the lion and its tail or mane.

Virgos, born between August 23–September 23, are said to be shy, kind, and hardworking.

The constellation Virgo has been known by many names throughout its long history, including the Furrow, but it's generally depicted as a woman, sometimes holding grain.

There are many ancient myths related to which woman, exactly, is shown by Virgo. One from the 1st century b.c. says the constellation shows Parthenos, the daughter of Apollo and Chrysothemis, who died a virgin (from virgo, meaning "maiden" in Latin) and was memorialized in the stars.

In ancient Rome, the Libra constellation depicted the scales of justice, like those held by the Roman goddess of justice. Indeed, libra means "balance" or "pair of scales" in Latin. (Fun fact: the Romans also used libra to mean "pound," which is why lb. became an abbreviation for "pound" in English).

The Libra symbol ♎, naturally, shows the scales of justice. According to one Roman author, judges were born under the sign of Libra. Modern astrologers say that Libras, born between September 23–October 23, are just and tactful, although sometimes they have a hard time making decisions.

Scorpio is Latin for "scorpion" and that's exactly what's depicted in the constellation. While the constellation is very ancient, the Greeks considered it to depict the scorpion that killed the hunter Orion, who boasted he could kill any animal on Earth. According to the legend, Zeus made the scorpion into a constellation as a warning to mortals not to be too prideful.

The symbol for Scorpio, ♏, stylizes a scorpion and its stinger. While scorpions can be scary, Scorpios, born between October 23–November 22, are nothing to be afraid of. Astrologers say that Scorpios are brave and fierce, although they can be jealous as well.

According to Greek mythology, Sagittarius shows the centaur Chiron, considered the wisest and most just of the half-horse, half-men creatures. He is known for having educated the hero Achilles in archery. The symbol for Sagittarius, ♐, shows the bow and arrow Chiron was known for.Sagittariuses are born between November 22–December 21. They are said to be very giving and optimistic, as well as enthusiastic. However, unlike Chiron, they aren't always sage and detail-oriented.

Capricorns, born between December 22–January 19, are said to be disciplined and ambitious, although they can also be considered uptight.

The name Capricorn comes from the Latin word Capricornus, based on a Greek word meaning "horned like a goat," the Roman name given to the constellation. The Capricornus constellation has been thought since the Bronze Age to show a mythical sea-goat, a creature that is half-goat, half-fish. The ancient Mesopotamians considered it a symbol of Ea, a god of wisdom and water.

The symbol for Capricorn, ♑, is a representation of the sea-goat figure.

The symbol for Aquarius, ♒, depicts water, and this makes sense: the name means "water-bearer" in Latin. The constellation dates back to antiquity and has always been connected to water jars and water in general. For instance, the ancient Egyptians are said to have considered it a symbol of the annual flood of the Nile.

People born under this watery sign, between January 20–February 18, are said to be shy and sometimes eccentric. They are considered to be very open-minded and brainy.

The constellation Pisces depicts two fish, sometimes tied together. While the constellation has been documented since Babylonian times, it's closely associated with the Greek legend of Aphrodite and Eros, who escaped the monster Typhon by turning themselves into fish and tying themselves together with rope so they didn't lose each other.

Pisces is the Latin word for "fish, fishes," and its astrological symbol, ♓, depicts two fish tied together. People born under the sign of Pisces are born between February 19–March 20. Appropriately for a sign inspired by the gods of love, Pisces are said to be empathetic and romantic, although they can also be too quick to fall in love.

In Greek myth, Ophiuchus, pronounced [of-ee-yoo-kuhs], was said to depict the god Apollo wrestling the snake guarding the Oracle of Delphi. Although the myth changed many times over the years, it was always associated with a man wrestling a serpent. That's where the name Ophiuchus, or "serpent-holder" in Latin via Greek, comes from.Ophiuchus' place in the Zodiac is controversial. Its addition was first suggested by astrologist Stephen Schmidt in 1970 and it was proposed again in 1995. While the notion of a 13th zodiac sign didn't take off in the West, it was somewhat popular in Japan.

In 2016, there was a kerfuffle when many people seemed to believe NASA changed the zodiac and added Ophiuchus, but that seemed to be based on a misunderstanding of an article for children about how astronomy, constellations, and astrology have changed over time.

The Ophiuchus sign, ⛎, depicts a U with a curvy line through it, symbolizing a man grappling a snake. 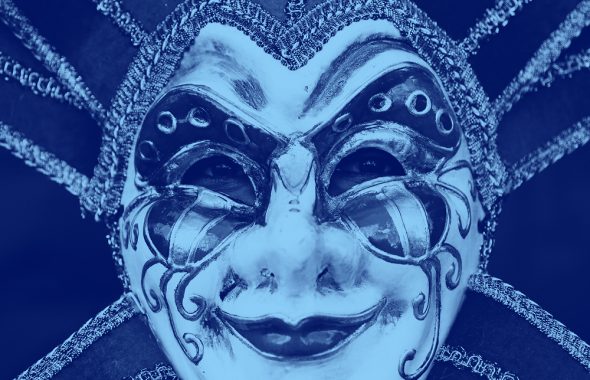