Feedback
Previous "Commonwealth" vs. "State": Which One Do You Reside In? Next Piblings & Niblings: Do You Know These Words For Aunts, Uncles, Nieces, & Nephews?

Few things travel across borders as easily as food recipes and ingredients. So perhaps it should come as no surprise that there are so many foods named from where they originally come from. Sometimes the name comes from a specific ingredient like a fruit or vegetable that’s grown in a place, like Sichuan peppers or Fuji apples, while other times the name comes from a culture or cuisine, such as pad Thai or Boston baked beans.

These names are called toponyms, which are names derived from the name of a place. Toponyms abound in food. All you have to do is stroll down a grocery aisle or look at a restaurant menu to spot the most obvious ones. And then there are the food toponyms that are less obvious these days and feel like the name origin is baked in like some secret etymological ingredient.

From hamburger to turkey, here’s how 11 foods got their names.

At its core, a hamburger  is a sandwich (more on those later) made with a cooked ground or chopped beef patty in between a roll or bun with various toppings.

But what a hamburger does not have is ham.

The name comes from the German city of Hamburg, and a hamburger is originally short for Hamburger steak (as in a steak that’s made the way people make them in Hamburg).

Legend has it that the name comes from sailors who landed in the port of Hamburg with raw beef tartare from Russia. People cooked the meat, thus turning this chipped beef Russian dish into a Hamburg-style meal. Hamburgers made it to the United States during the St. Louis Louisiana Purchase Exposition of 1904 and took off from there.

Today, the latter half of the word, burger, has become shorthand for basically any patty between buns. There are cheeseburgers, veggie burgers, portobello mushroom burgers, Impossible burgers—you name it, there’s likely a burger version.

Do you know about National Hamburger Day? Now is your chance to learn more.

Turkey is a country on a peninsula that juts into the Mediterranean Sea. A turkey is a big bird Americans often eat on Thanksgiving (and they hold such a place in American culture that the president pardons one or two turkeys every year). At first glance, you wouldn’t think the two words, though the same, don’t have much in common. In fact, turkeys are originally from America!

Turkeys (the bird) are in the Meleagrididae bird family and are both domesticated and found in the wild. The word can also refer to the meat of the animal when it’s cooked, unlike beef from cows or pork from pigs. This American species is named after a country in the Middle East because of a bit of misclassification. In the 1500s, people in Western Europe received edible guinea fowls from Turkish merchants, and the animal was often called the Turkey cock or the Turkey hen. Shakespeare even included mention of a turkey in the 1590s. When Europeans first started giving their own names to animals in the Americas, they mistook turkeys for guinea fowl.

In the United States today, guinea fowls aren’t in the turkey conversation. When people talk about turkeys, they’re almost certainly talking about the star of the American Thanksgiving table.

Scallions are onions that don’t form large bulbs underground. They have small bulbs and long leaves, and are used to flavor everything from salads to omelets. Some scallions are regular onions picked young before the bulbs fully develop, while others are varieties that are specifically grown to be picked young.

The name comes from the Palestinian port of Ascalon, which today is in a part of coastal Israel located about 30 miles south of Tel Aviv. Scallions have traveled far and wide and are a staple in dishes around the world. You may also see them labeled as green onions, which is about as detached as you can get from the original toponym.

A wiener is just a hot dog by another name. In the US and Canada, the word refers to a smoked beef or pork sausage, though like the hamburger, it’s named after a German-speaking city in Europe.

Wiener is short for wienerwurst, which is German for Viennese sausage (the W is pronounced like a V in German)—Wiener as in the Austrian capital of Vienna, or Wien in German, and wurst as in sausage. Americans later further twisted the name into versions like wienie or weenie.

Today, you’ll see wieners sold under a number of names. There are Vienna sausages, as well as another toponym: frankfurter, which is named after Frankfurt, Germany. Finally there’s hot dog, which is the most common moniker and may have come from the long and thin, sausage-shaped dachshund dogs that immigrants brought with them from Germany (though, importantly, dog meat was never part of hot dogs).

A cantaloupe is a variety of melon in the gourd family of plants that has a hard outside and a pale-orange inside. There are two possible origins of how the fruit got its name. One is that it comes from the papal estate Cantaluppi near Rome, which is allegedly where the first European versions of the melon were grown. Yet there was a French word for the fruit first, so the French village of Cantaloup in Languedoc may be another possible inspiration behind the name.

Don’t expect the same fruit when you’re served cantaloupe in Europe as when you’re served cantaloupe in North America. Though they carry the same toponym, two different types of cantaloupe are served on the two continents. The North American variety is Cucumis melo var reticulatus, which has a less intense flavor than the European variety Cucumis melo var cantalupensis, which are sweeter. Both, however, are types of muskmelon.

If one thing is clear in the world of processed meats, it’s that there are plenty of ways to say hot dog in English. A coney is a type of hot dog served in a bun with meat sauce and onions on top (the word also refers to a type of fish that lives in tropical waters off the American coast, but don’t expect that when ordering a coney).

Coneys get their name from Coney Island in New York City. The sauce-covered style that is a coney dog, however, is thought to have been created by Greek immigrants in Detroit. The story goes that they passed through New York as they came to America in the early 1900s. That journey would have included Coney Island, where the American hot dog reigned supreme. Today, coneys are still popular at Greek diners in Detroit and surrounding Michigan cities and down to Cincinnati, Ohio.

Sardines are tasty little fish of various species in the herring family. There are more than 20 fish that fall into the broader sardine category. When they get older and bigger, they’re known in England as pilchards. The small fish are often canned with water or oil, which is where the phrase packed like sardines comes from.

Some say sardines get their name from the Mediterranean island of Sardinia. They were once found in abundance in the region, but times (and fish stocks) have changed. Today, the many types of fish that fall under the sardine category are caught in the Atlantic, Pacific, and Indian oceans and served in cans around the world.

Is fish considered meat? Read about this discussion now.

Currants are small seedless fruits that grow on shrubs. They’re often dried like raisins before being sold, though they’re a different plant than the vines that grow grapes.

The always rushing current of food trends means that currants have fallen in and out of popularity over the years. The name comes from raysons of Coraunte (“raisins of Corinth”), an earlier term recorded in English that refers to the Greek port the raisins originally came from. Currently, however, currants are produced primarily in California and the Levant, a region bordering the Mediterranean Sea.

You also might see Zante currants at the grocery store. These are actually grapes rather than from the currant family of plants, and they became popular in the US after a brief ban growing currants in the country in 1911.

Buffalo wings are not from some magical winged buffalo. They’re deep-fried chicken wings that are either tossed in sauce or covered in spices, and are often served with ranch or blue cheese dressing.

Rather than the animal, buffalo wings are named after Buffalo, New York. The story goes that the wings were created at Anchor Bar when the owner Teressa Bellissimo received a shipment of whole chicken wings. She chopped them into a drumette and a wingette section, fried them, doused them in sauce, and served them up. The wings were a hit, and the New Yorker published a story in 1980 on the dish 16 years after they were created. Now they’re a bar standard with a seemingly endless number of restaurants that are dedicated to perfecting Buffalo’s famous wings.

If you're looking for more information on the animal though, you can discover the name for a group of buffalo (and other animals) here.

If baloney had a true first name, it would be the name of the city that inspired the processed meat in the first place: Bologna, Italy. The meat is like the Italian sausage mortadella, which is made with finely ground pork and chunks of pork fat.

Mortadella was first created in Bologna, and when the food made it stateside it was named after the location with a couple of slight alterations. First there’s the name, which was Americanized. Then there’s baloney’s ingredients: rather than just pork, baloney can be made from the extra bits from chicken, turkey, beef, or pork.

The most popular turn of phrase regarding baloney is less directly tied to meat. To say something is baloney is to say that it’s ridiculous, which came about from when New York governor Alfred E. Smith called Washington bureaucracy baloney in the 1930s.

A sandwich can be many things, but at the most simple it’s two or more slices of bread with a layer of meat, fish, cheese, tomatoes, falafel, mayonnaise, cucumbers, or anything else you’re craving in between. Lose one of the slices of bread and you’ve got an open-face sandwich.

Sandwich is more than just a toponym, it’s also an eponym, or a word derived from someone’s name. In this case it was John Montagu, the fourth Earl of Sandwich who lived from 1718 until 1792. Sandwich (the region) is located on the coast along the Strait of England. One of the most ubiquitous portable lunch foods around is named after this location because the Earl of Sandwich allegedly preferred to eat sandwiches rather than leave the gambling table for a proper meal.

Hungry for more? Feast on this article on the origins of the names of some of your favorite pastas.

Previous "Commonwealth" vs. "State": Which One Do You Reside In? Next Piblings & Niblings: Do You Know These Words For Aunts, Uncles, Nieces, & Nephews?
RELATED POSTS 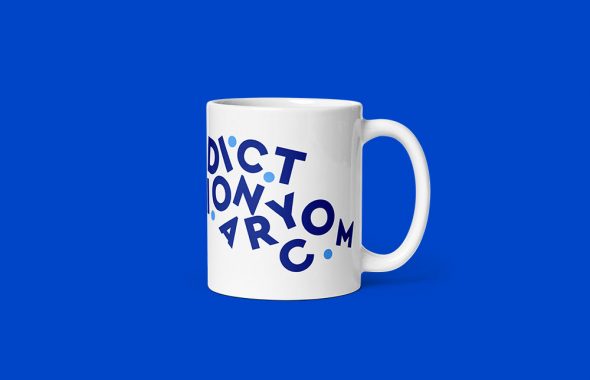 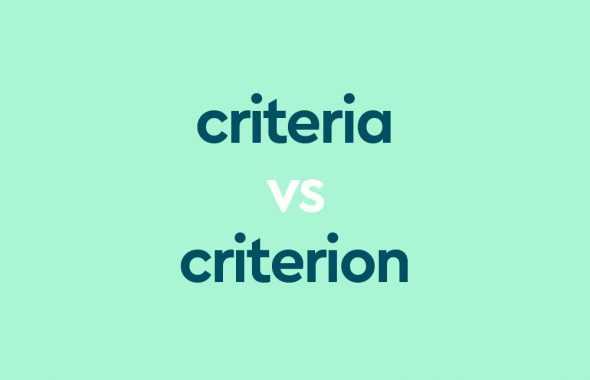